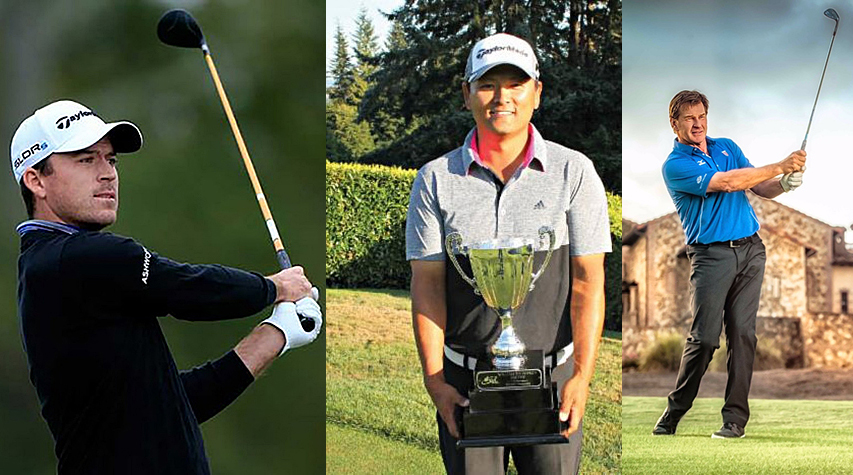 It is the second round of the FedEx Cup playoffs this week on the PGA TOUR and Nick Taylor must be feeling a little like he’s about to play Game 7. It’s do or die for the Abbotsford native.

After missing the cut in last week’s playoff opener, The Northern Trust in Old Westbury, N.Y., Taylor fell to No. 92 on the FedEx Cup points list. The top 100 advanced to this week’s Dell Technologies Championship near Boston, but only the top 70 will move on to the third of four playoff events, the BMW Championship near Chicago.

So Taylor knows he has some work to do. It will take much more than simply making the cut in Boston to move inside the top 70 and extend his season. Taylor probably needs something close to a top-10 finish to move on to the BMW.

Fellow Abbotsford native Adam Hadwin has no such worries. Despite missing the cut by one shot at The Northern Trust, Hadwin only fell five spots, from 13th to 18th on the FedEx Cup points list.

He’ll be heading to the BMW Championship no matter what happens this week, although he’d surely like a nice finish to guarantee him a spot inside the top 30 that will advance to the season-ending Tour Championship in Atlanta.

OH BABY: Langley resident John Shin had quite the start to his weekend. It began late Friday afternoon when Shin, an instructor at Northview Golf Club in Surrey, won the PGA of BC Championship in a playoff over Brady Stead of Royal Colwood Golf Club at Capilano Golf & Country Club in West Vancouver.

The win in the PGA of BC’s flagship event capped a big summer for Shin, who also won last month’s Golden Ears Invitational at Pitt Meadows Golf Club. Shin and Stead finished the 36-hole event at three-under par on a Capilano course that was playing firm and fast.

Shin, 38, won on the second hole of their sudden-death playoff. “To win the PGA of BC Championship at such a prestigious course and with so many (notable) names on that trophy is pretty special,” said Shin, who earned $6,300 for the win. Point Grey head professional Dave Zibrik finished third at two-under par.

It was a tough day for fellow Point Grey pro Bryn Parry, the first-round leader who learned he had been disqualified Friday morning after failing to sign his scorecard after his round on Thursday. Jennifer Greggain of Chilliwack Golf Club was the low-scoring female in the field and earned the PGA of BC’s women’s championship for the third time.

BIG CATCH: As the lead golf analyst for CBS, Nick Faldo spends more time talking about golf than playing it these days. So it is something of a coup for the Pacific Links Bear Mountain Championship to land the six-time major championship winner in its field for next month’s event in Victoria.

The 60-year-old Faldo has only played three PGA Champions events this year -- the U.S. Senior Open, the Senior Open Championship and the American Family Insurance Championship. He is also scheduled to play in this week’s Shaw Charity Classic in Calgary.

CLOSE CALL: Coquitlam’s Steven Diack led from start to almost finish at the Canadian Mid-Amateur Championship in Regina. Diack, who began Friday’s final round at Wascana Country Club with a five-shot lead, lost in a three-man playoff after closing with a three-over 74 to finish the 72-hole event at 10-under par.

Winnipeg’s Todd Fanning won the championship on the fourth extra hole. Three-time defending champion Garrett Rank of Elmira, Ont., was the other player in the playoff.

“It was pretty crazy,” Diack said. “Those guys came on strong. They both played such good rounds of golf today and under pressure they hit such good shots. I could feel them coming and was kind of going the opposite way.”

LITTLE THIRD: Jackie Little came within one shot of having a chance to win her third Canadian Senior Women’s Championship. Little, who now calls Procter, B.C. home, missed a playoff by one shot and finished tied for third at 13-over par.

Little had started Friday’s final round with a one-shot lead. She closed with a seven-over 79 at the Humber Valley Resort in Little Rapids, Nfld. Australia’s Sue Wooster beat Mary Ann Hayward of St. Thomas, Ont., in a playoff to win the championship.

FINAL CHANCE: The four-event Web.com Tour Finals begin this week in Columbus, Oh., at the Nationwide Children’s Charity Championship. Surrey’s Adam Svensson and Roger Sloan of Merritt will be among those trying to play their way onto the 2018 PGA TOUR.

Fifty PGA TOUR cards will be handed out at the conclusion of the four Finals events, but 25 of those will go to the players who finished in the top 25 on the money list during the regular season, which wrapped up Sunday in Portland, Ore.

The remaining 25 will go the the players making the most money during the four Finals events. The field includes the top 75 players from this year’s Web.com money list and players finishing between 126th and 200th on the PGA TOUR FedEx Cup points list. Sloan ended the regular Web.com Tour season 53rd on the money list, while Svensson was 66th. Both players missed the cut in Portland.

VALLEY TIME: The Fraser Valley Open, one of the flagship events of the Vancouver Golf Tour, goes Friday through Sunday at three different courses. Chilliwack Golf Club will be the site of the first round, the second round goes at Sandpiper Golf Course in Harrison Mills, and the final round will be played at The Falls in Chilliwack. A field of 40 pros and 80 amateurs is expected with the pro winner earning $10,000.

QUOTABLE: “Even though my game wasn’t at its best, it’s an experience that I will never forget.” -- Victoria’s Naomi Ko after shooting rounds of 83 and 75 and missing the cut at the Canadian Pacific Women’s Open in Ottawa.