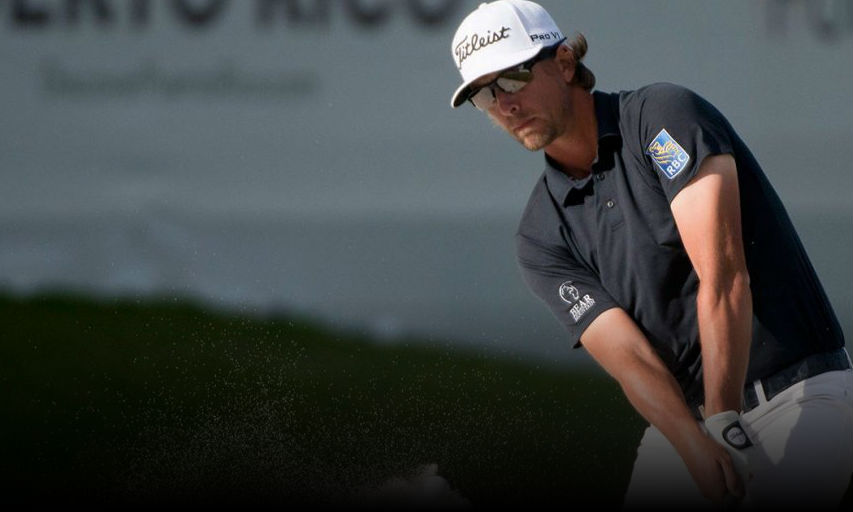 PALM BEACH GARDENS, Fla. — There was a time not that long ago when Roger Sloan would have been thrilled with a top-30 showing on the PGA Tour.

The 31-year-old Canadian finished in a career-best tie for second at the Puerto Rico Open on Feb. 24 and was in the hunt this past weekend at the Honda Classic before fading late.

Despite collecting US$41,310 for his work on the Champions Course at PGA National, Sloan wasn’t close to satisfied — a far cry from when his mind would wander to thoughts of a return to golf’s top circuit as he toiled on the second-tier Web.com Tour.

"That’s the Catch-22," said Sloan, who tied five other golfers for 30th at the Honda Classic.

Sloan shot 66 on Saturday and birdied No. 3 and No. 9 on Sunday to drop to 4 under and within striking distance of the top 10, but bogeyed four of the last seven holes in blustery conditions.

"But we’ll take the positives."

He’s had plenty of those so far this season.

It’s something Sloan had difficulty with on his first PGA Tour go-around.

He made just seven of 20 cuts in 2014-15 on the way to losing his status, but slugged it out for three seasons on the Web.com Tour and eventually locked up a return in September.

Sloan has made a point of making sure this time is different.

"This is my second year out here," he said.

"It’s definitely nice to feel more comfortable. I know the guys, I’ve seen the courses. "It’s like anything … you get more familiar with any job the longer you do it."

Sloan was 33rd at the Sony Open in Hawaii and 12th at the Desert Classic in La Quinta, Calif., in January before missing back-to-back cuts prior to his breakthrough in Puerto Rico — a tournament with a bit of a weaker field than many because it was held at the same time as a World Golf Championships event.

A shift in mental strategy has helped him deal with a round or a tournament’s inevitable ups and downs.

"I’m focused a little bit more on putting my attention where I can control it," said Sloan, who missed the cut in five of the season’s first nine events.

"At the end of the day, it adds up to a lot more than when you’re focused on the uncontrollable."

Nick Taylor of Abbotsford, B.C., who first earned his tour card with Sloan ahead of the 2014-15 campaign, is excited to see his countryman excelling after that tough initial experience on the game’s big stage.

"For him to come back out here, regroup and play great … it’s cool to watch."

Sloan is looking at life through a different lens away from the golf course, driving range and practice green since last playing on the PGA Tour after he wife Casey welcomed daughter Leighton into the world 18 months ago.

"It does put everything in perspective that golf is just what we do, it’s not who I am. "It’s great to go home to my daughter and my wife and get a little bit of a break from the golf scene."

A huge fan of the Calgary Flames — Sloan was born in southern Alberta before his family moved to B.C. — he’s also reveling in his favourite team’s surge to the top of the NHL’s Western Conference standings this season.

"As long as Flames make the playoffs, and the Canucks and Oilers miss, I’m happy," he said with a grin.

Sloan, who sits 77th in the FedEx Cup standings, will be back in action Thursday for the first round of the Arnold Palmer Invitational in Orlando, Fla.

And he won’t be satisfied with 30th.

"At the end of the day, you add up the score and see where it puts you."