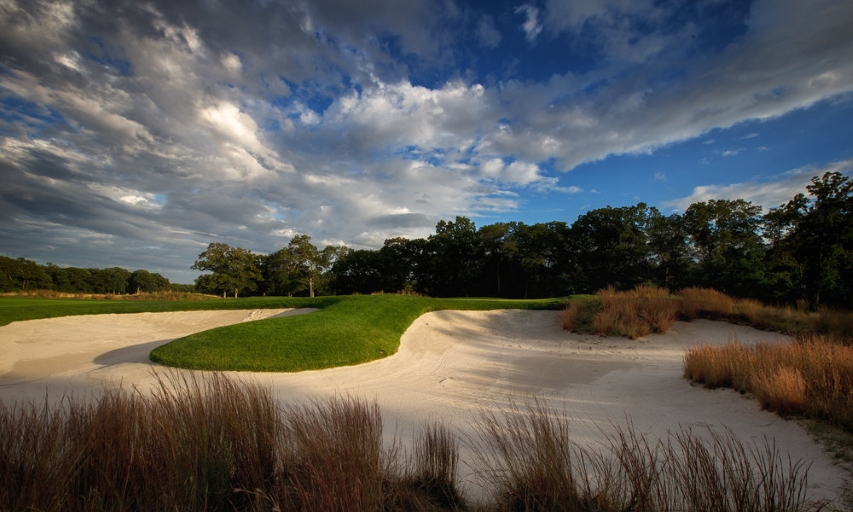 More than one-half inch of rain fell Sunday as some players began to arrive for the PGA Championship, which was moved up three months on the calendar to May for the first time in 70 years. Only two players made it so far as the practice range — former champion Rich Beem and Li Haotong of China.

Beem didn’t bother going onto the course when the rain kept coming, although he did suggest to a PGA of America official that one of its initiatives be enacted for the second major of the year. “Play it forward,” Beem said.

Without having played either of the U.S. Opens at Bethpage Black, he knows enough that 7,459 yards for a par 70 will play a lot longer on wet grass. More rain and cool weather — temperatures in the lower 50s — were forecast for the next two days.

That was the risk the PGA Championship took in moving to May.

Except for the rain, the PGA of America had few complaints.

“Extremely good,” Kerry Haigh, the championships director for the PGA of America, said Sunday. “We couldn’t be happier. This weather ... we’re going to get more tomorrow. But if we’re going to get rain, now is better than next weekend.”

The last major at Bethpage Black was the 2009 U.S. Open, which was so wet and sloppy that it took five days to get in 72 holes, and for the longest time it looked as though there might be a Tuesday playoff until Lucas Glover played a steady hand over the closing holes to win by two.

The first U.S. Open here, in 2002, also was affected by weather. Tiger Woods built a big lead in the second round under wet, miserable conditions that worsened in the afternoon, prompting a 22-year-old Sergio Garcia to say, “If Tiger Woods had been out there, it would have been called.” Woods completed his three-shot victory as darkness neared because of a 49-minute rain delay in the final round.

Woods, who has not played since winning the Masters last month for his 15th major, began his Bethpage Black preparations last week when he showed up on Wednesday — the same day Phil Mickelson was on the course — for practice. Woods has not been to Bethpage since 2012 for The Barclays, the opening playoff event on the PGA Tour.

Adam Scott and Jason Day were among those who played Saturday, when the weather was dry, sunny and mild. Some three dozen players were in Dallas for the final round of the rain-delayed AT&T Byron Nelson, while a dozen others were in northwest England at the British Masters.

As much punishment as Bethpage Black doles out, it figures to take a beating with so much foot traffic over soggy conditions. It’s still not as bad as it was in 2009, when Mike Davis of the USGA says the maintenance crew found hundreds of shoes lost in the muck after the U.S. Open ended.