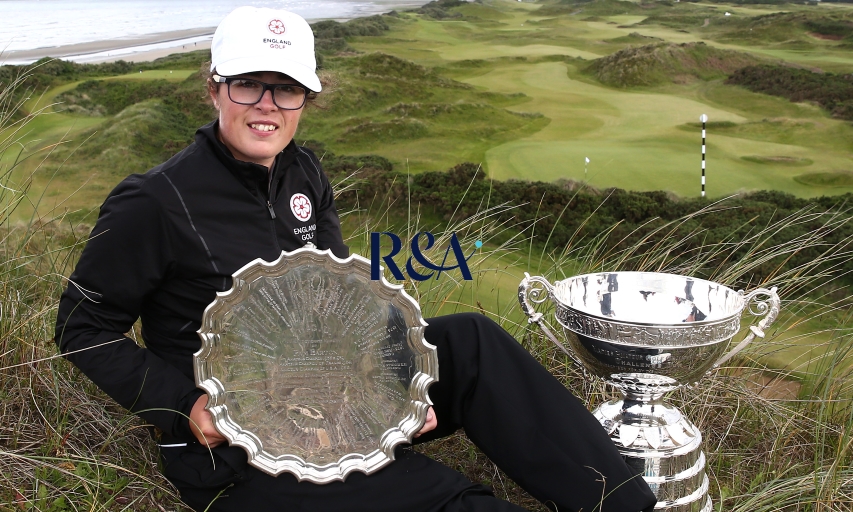 England’s Emily Toy produced the best performance of her career to win The 116th Women’s Amateur Championship at Royal County Down.

The 21-year-old defeated Amelia Garvey by one hole in the 18-hole final over the renowned links on the east coast of Northern Ireland.

Cornwall’s Toy, ranked 450th on the World Amateur Golf Ranking™, ended Garvey’s hopes of becoming the first New Zealander since 1986 to claim the trophy. In her morning semi-final, Toy also shone to defeat Linn Grant from Sweden, ranked 25th in the world.

Toy, the first English player to win the title since Georgia Hall in 2013, sealed a spot in the AIG Women’s British Open at Woburn in August thanks to her triumph.