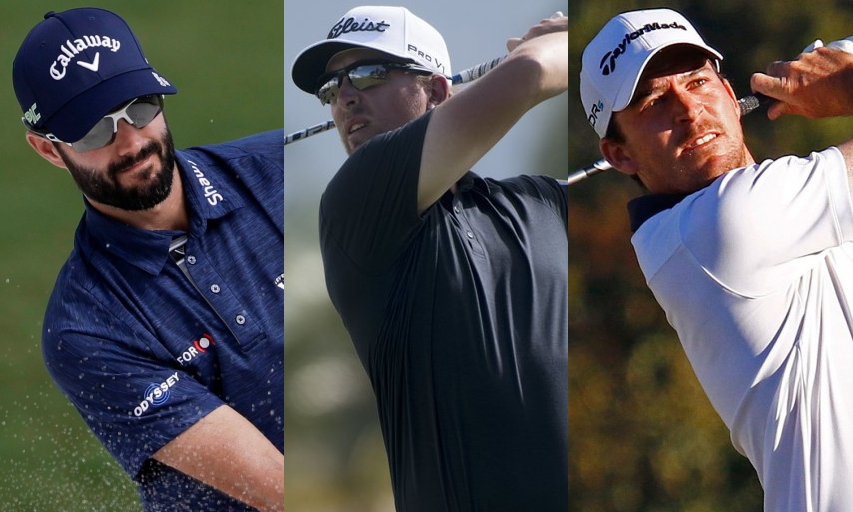 Hadwin enters the playoffs at No. 46 on the FedEx Cup points list and is in good position to be among the top 70 players who will advance to the second playoff event, the BMW Championship at Medinah Country Club near Chicago. Taylor and Sloan will need big finishes in Jersey City to advance. Sloan enters the playoffs at No. 91, while Taylor is 117th.

Surrey’s Adam Svensson missed qualifying for the playoffs and will compete in the three-event Korn Ferry Tour Finals later this month in an attempt to regain his PGA TOUR status.

Svensson finished his rookie season on the PGA TOUR at No. 167 on the FedEx Cup points list. He needed a huge finish at the Wyndham Championship to climb inside the top 125 and for a time it looked like he might get it. Svensson fired a nine-under 61 in the second round to move near the lead, but could not get anything going on the weekend and finished in a tie for 31st.

Langley’s Adam Cornelson can no longer call himself the last Canadian winner on the PGA Tour Canada-Mackenzie Tour circuit. Taylor Pendrith of Richmond Hill, Ont., snapped the more than three-year victory drought by Canadians when he captured the 1932byBateman Open in Edmonton. The big-hitting Pendrith is the first Canadian to win since Cornelson won the Mackenzie Tour’s Victoria stop in June of 2016.

Jackson Rothwell of Victoria, Isaac Lee of Pitt Meadows and North Vancouver’s Roy Kang will represent British Columbia in the Willingdon Cup inter-provincial team competition at the 115th playing of the Canadian Men’s Amateur Championship in Hammonds Plains, N.S. The 72-hole competition began at Glen Arbour Golf Course and the Links at Brunello.

The 240-player field will be cut to the low 70 and ties following the second round. Other British Columbians of note in the field include 2018 B.C. Amateur champion Chris Crisologo of Richmondand national junior team member Jeevan Sihota of Victoria.

IN SEARCH OF SIX

Victoria’s Jim Rutledge will be looking for win No. 6 at the PGA Seniors Championship of Canada, which is being played at Carleton Golf and Yacht Club near Ottawa. Other British Columbians in the field include Phil Jonas of Surrey, Rob Houlding of Surrey, Dean Kuntz of Coquitlam, and Jeff Buder of Vancouver.

Surrey’s Lauren Kim and Nonie Marler of Vancouver are among 156 competitors in the 119th playing of the U.S. Women’s Amateur Championship at Old Waverly Golf Club in West Point, Miss. The 13-year-old Kim is the second youngest player in the field. The top 64 players following the second round of stroke play will advance to match play.