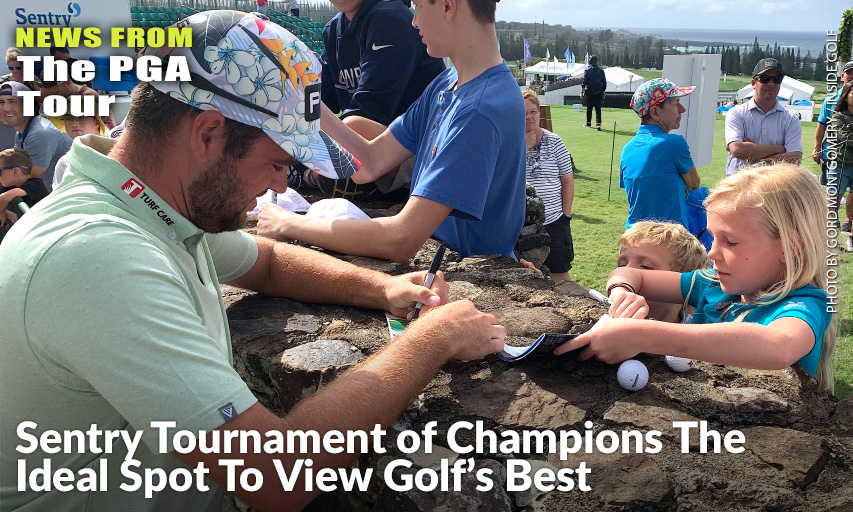 MAUI, Hawaii — If you’re debating attending a PGA TOUR event somewhere in the western U.S. in the next while, but don’t want the hullabaloo and pandemonium that surround an event like the Waste Management Phoenix Open, then we have a suggestion — the Sentry Tournament of Champions.

Played annually in early January in the idyllic setting of Maui, Hawaii, this tournament that kicks off the new year is ideal for every golf fan but especially for first-timers. After all, there aren't tens of thousands of fans descending on the Kapalua Plantation Course and access to players, while restricted during the four days of the no-cut event, is easy during practice days and the Pro-Am.

One of the spectators at the 2020 edition of the Tournament of Champions was Brent Johnson from Calgary, who had been here before and is likely to return given the payback for the low-cost admission fee. After all, with crowds of only around 2,000 to 3,000 people a day, although slightly higher on Sunday’s final round, there is lots of room to roam on this magnificent piece of property overlooking the sun-drenched Pacific Ocean.

“It’s a combination, but it works. We wanted to come to this tournament,” Johnson said of having not only a family holiday on Maui but taking advantage of seeing the winners-only field from the 2019 PGA TOUR season in action, up close and almost personal.

“We just wanted to have the experience of seeing the players up close and it’s close to where we’re staying in Maui. Everything worked out.  We like the access, being able to see the players on the practice facility (both on the range and the putting green). The players are very accessible and we like to watch them.” 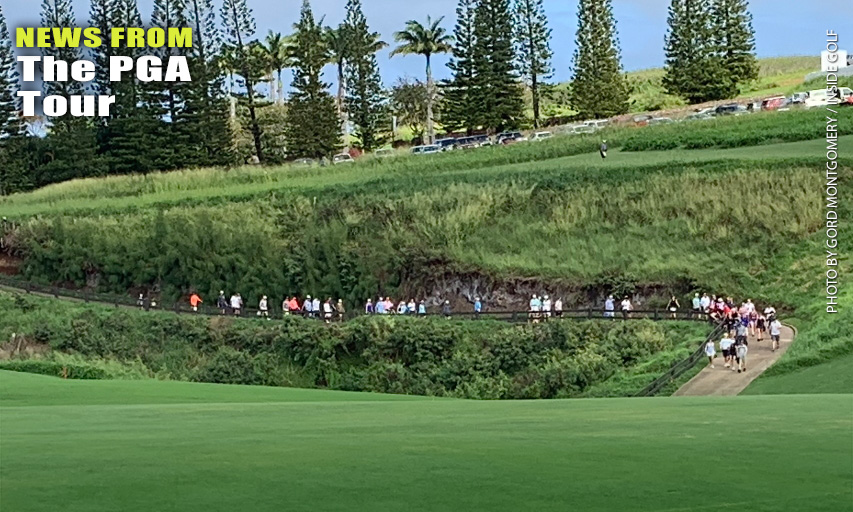 With The Kapalua Plantataion Course Sprawling Out Around Them, A Group Of Fans Follows Dustin Johnson Down The First Fairway At The Tournament Of Champions, Illustrating The Amount Of Room Spectators Have To Get Close To Their Golfing Heroes.

Another great idea, introduced this year by the tournament sponsor, Sentry, was the Kids Only autograph area just outside the official scoring area, located in the Plantation Course clubhouse. There kids could gather and collect autographs from the competing players without fear of being pushed aside by bigger signature hunters.

As for returning to this venue, even though it is a bit of a haul from Calgary, the dad of two said a return to the venue, and the tournament, is a sure thing.

“We will come back, yeah,” and why not? Given the freedom of movement, the great sight lines of not only the participants but the scenery, and the availability of some of the best golfers in the world, there’s really no reason you’d want to head to a PGA TOUR event anywhere else - unless of course you’re a fan of pure pandemonium. 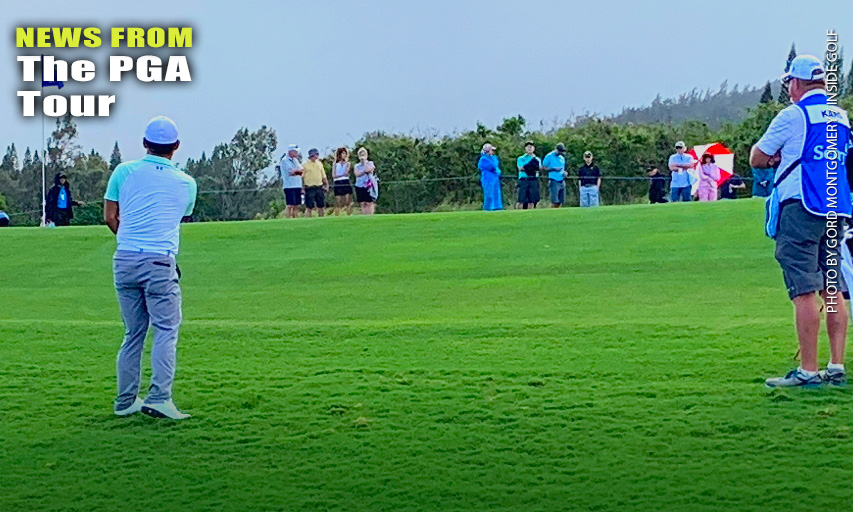 A Smattering Of Spectators Witnesses A Chip Shot By Sung Kang On The Plantation's 10th Hole During Final Round Action At The Tournament Of Champions. Needless To Say, You Didn't Have To Elbow Your Way Through The Crowd To Have A Good View Of The Action.

In closing, while noting the tournament itself is a great thing to witness, a holiday on this island isn’t anything to sneeze at either. Johnson noted it’s an ideal spot to escape a cold Alberta winter.

“It’s really relaxing, just a great spot to do many things. Like, go to the beach and play golf on the same day. That’s a draw for us. Just time to recharge. It’s a great vacation spot.”

For more on the tournament itself, go to the PGA TOUR website.

As for the Maui, go to BestOfMaui.com or other sites on the Internet for information on this wonderful getaway spot.