With Governor’s Approval, Memorial Tournament To Have Fans 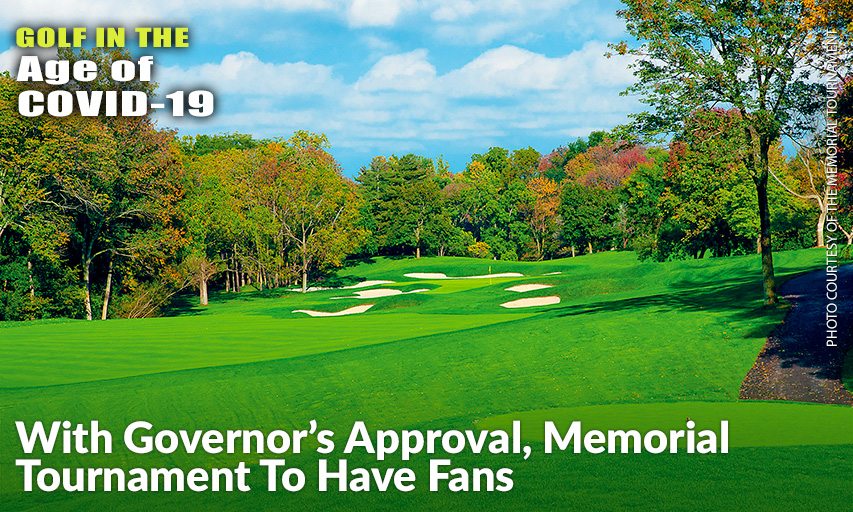 Ohio Gov. Mike DeWine approved a plan for Muirfield Village Golf Club to have at least some fans for the Memorial in July, which would make it the first PGA Tour event with a crowd since the tour was shut down March 13 by the coronavirus.

DeWine said on Twitter that casinos, racinos, amusement parks and water parks will be able to open on June 19.

“In addition, we received safety plans for the Memorial Golf Tournament to be held July 13-19,” he wrote. “We are approving that plan.”

The PGA Tour resumes its schedule next week at the Charles Schwab Challenge in Fort Worth, Texas. That is to be followed by the RBC Heritage at Hilton Head, the Travelers Championship in Connecticut and the Rocket Mortage Classic in Detroit. The tour said the opening four events would not have spectators.

The John Deere Classic was the first possibility for fans until it decided last week to cancel this year’s event. It was replaced by another tournament, also to be held at Muirfield Village, only without spectators.

The Memorial said it would have more details later.

In a statement, the Memorial praised DeWine and his staff and said it would work with state, county and city leaders to use the tournament “as an example of how public gathering events can be developed and implemented with approved and accepted protocols in place”

Dan Sullivan, the tournament director of the Memorial, had been planning on different scenarios on returning from the COVID-19 pandemic depending on state and local governments.

Sullivan told the Greater Columbus Sports Commission last month about inserting chips into tournament badges to know how many people are congregating in different areas of the golf course.

DeWine said the Memorial, parks and casinos “have come up plans that reduce the number of people, provide for sanitation, and in some cases, provide for one-way traffic.

“They are elaborate plans that we believe are consistent with protecting the public,” DeWine said on Twitter.

Texas Gov. Greg Abbott earlier this week approved another level of opening that would allow outdoor events, such as the Colonial next week, up to 50% capacity.

PGA Tour Commissioner Jay Monahan told The Associated Press in an interview that the tour was sticking to its plan of no spectators the first five weeks of the return.

“We want to have a sustained return,” Monahan said. “If you think about a run to go through the FedEx Cup, we want to make sure week to week we’re not taking on unnecessary risk.”

The tour said in a statement that DeWine’s announcement was a “positive step” to a gradual approach of allowing limited spectators at tournaments.

“We very much look forward to the return of spectators on a limited basis at the Memorial Tournament,” the statement said.