As Close As You’ll Get To Tiger: A Review Of Rubenstein’s Latest 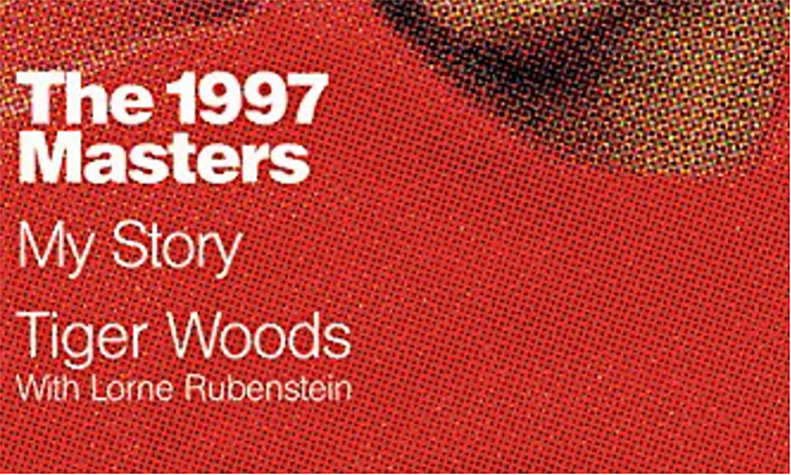 If you’re a Tiger Woods fan, you will not be disappointed by The 1997 Masters: My Story (256 pages, Grand Central Publishing) which was released on Monday, March 20. Actually, you don’t need to keep reading this. Just buy the book.

But if you’re more a fan of the fine and literate writing we have been accustomed to during the long and highly respected career of Tiger’s collaborator on the book, Lorne Rubenstein, well, you might want to read on.

I’ve known Rubenstein, an honoured member of the Canadian Golf Hall of Fame, for more than 30 years. So when he tells me, “I’m not doing any interviews for the book. It’s Tiger’s book, not mine,” he means it. Even the note from the publisher accompanying my review copy did not mention Rubenstein’s name.

Disappointing, to be sure, as Rubenstein was the ideal choice to lift, clean and place all the interviews with Tiger and other historical information into what is unquestionably an interesting read.

More of that process can be gleaned by a publicity piece Rubenstein wrote for the publisher, citing the time they spent together in Tiger’s office as well as the many phone calls.

“I was provided the opportunity to dig deep into the mind of a golfer who had accomplished amazing things in the game,” says Rubenstein, who was at that 1997 Masters.

“Tiger’s recollections went from one story to another, and from one period in his career to another. We were having a conversation as much as I was conducting an interview. This led to many time shifts in the book. Tiger reflected on other majors he won, and as he considered matters both on and off the course: his workout regime, the equipment he used, and changes in equipment over the years, his childhood and relationship with his parents, incidents of racism that he had encountered, his views on where he is now in his game and life off the course.”

As the title states, the book is a blow-by-blow account of the 1997 Masters where Tiger, just 21 years old, won by an astounding 12 shots. Guided by video of that historic victory, Tiger walks the reader through not only every shot, but also the mental and psychological machinations that produced an astounding rebound from that 40 on his opening nine holes.

It also gives, as Rubenstein states above, guarded glimpses into his early life, amateur career, and his off-course existence which, as we all know, had more than its share of notoriety. Architectural buffs will enjoy his opinionated evaluation of the changes to Augusta National since he won there for the first time.

It is written in the first-person and represents as close as any of us, except Rubenstein, will have to a conversation with one of the game’s most fascinating and talented and, simultaneously, infuriatingly private individuals.

So, in hindsight, you have to respect Rubenstein, the author of 13 previous books, for his editorial laryngitis. Now you can go buy the book.