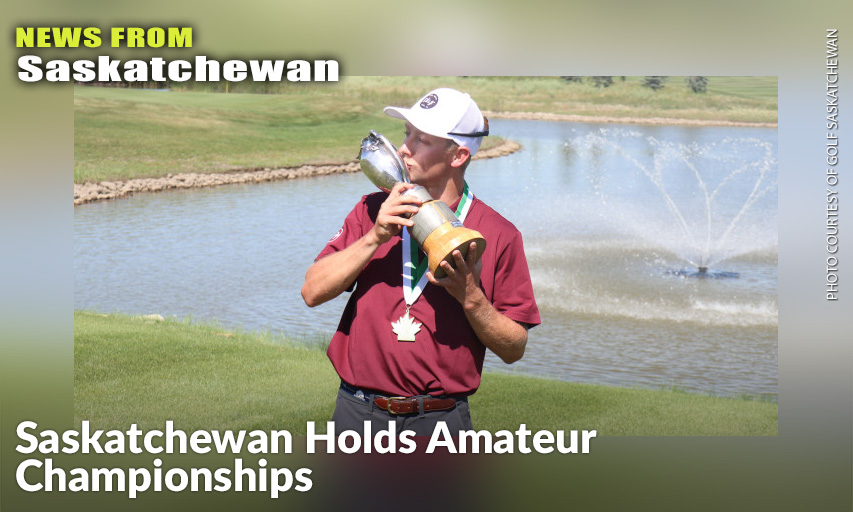 A remarkable comeback in the last five holes of the 2020 Saskatchewan Men’s Amateur Championship leaves Ty Campbell at the top of the heap.

Saskatoon’s Ty Campbell won the SK Men’s Am title at the Legends of Warman with an 11-under four round total besting Prince Albert’s Danny Klughart by one shot. Klughart led by four with just five holes to play but Campbell rallied ending with an eagle on #18 to earn his first provincial title.

“I tried to stay patient out there, I was nervous at the start and made some mistakes early,” Campbell said after the round. “I kept my head down, push forward. I came through nine, wiped the slate clean and started over. I played really good on the back nine. Coming down 18 I knew what I had to do, and I was due.”

But it was really Klughart who created the most buzz over the four days while chasing Krys Wasylowich’s course record of 61 in the third round before posting a 10-under, 62. That third round was also the final round of the mid-am event earning Cooke Municipal Golf Course member his second straight Saskatchewan Mid-Amateur Championship.

“I’m super excited to be the mid-amateur champion again,” Klughart said after that round. “I wasn’t striking the ball well leading up to the tournament. During the first round I did everything I could to stay in the event and not shoot myself out of it the first day. Yesterday was better and of course today, I was feeling it.”

On the women’s side, Shell Lake’s Brooklin Fry was a back-to-back champion as well except the 15-year old’s wins came within two weeks.

“It feel really awesome, it’s really cool to do that,” she said of wining the amateur event.

Trailing defending champion Kathy Ziglo going into the third and final round Fry birdied the opening two holes and cruised to a 1-over 73. She ended up taking the event by six strokes over Ziglo who finished at plus-13.