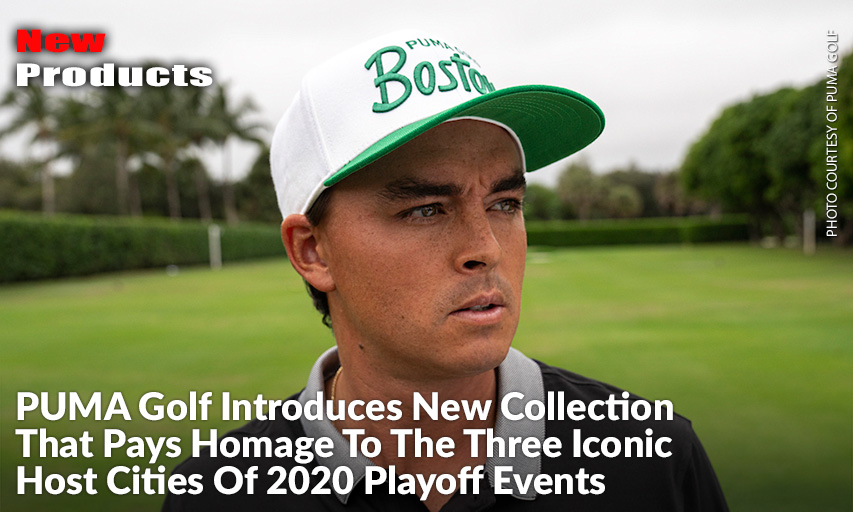 CARLSBAD, California — PUMA Golf unveiled a Limited-Edition collection of products paying homage to each of the three host cities of this season’s FedExCup Playoff events.  The new collection is comprised of 6 caps, 3 pairs of shoes and 1 crewneck that borrow from various characteristics associated with these three great American cities: Boston, Chicago and Atlanta.

PUMA Fishing Company Adjustable Cap ($32) – This lid is as fresh as the lobsters being pulled from Boston Harbor. Constructed from a canvas-like material that pays tribute to the proud fishing mecca that is Beantown, this all white, relaxed fit cap features a new “PUMA Fishing Co.” patch in Quiet Shade and Kelly Green.  Accents also include a lobster puma seam tape for some added style.

IGNITE NXT Lobstah Pot Shoes ($140) – Boston, home of The Northern Trust, first of the Playoff events, is known for its delicious fresh lobster. PUMA’s IGNITE NXT Lobstah Pot shoes draw inspiration from the lobster traps found in the waters surrounding Boston during lobster-fishing season.  Along the TPU film and PWRCAGE saddle is a woodgrain emboss, inspired by the wooden pots that fishermen use. Bright colored laces and collar binding represent the multi-colored strings used on the pot posts. The lobster print on the inside of the PWRCAGE represents a bountiful catch after a long day of fishing. The outsole features lobster claws, and the sock liner graphic shows the catch of the day at its final stage before the plate- the boiling pot. We dare you to rock these shoes and not think Boston.

Chicago City Snapback Cap ($35) – The Chicago City snapback is also a throwback to mid-80’s-90’s style script hats in a modern Tour-preferred snapback design.  This special-edition playoff-themed City Cap features “Chicago” in Blue on a white background with a coordinating blue brim, that instantly calls to mind a certain baseball team whose loyal fans waited 108-years for a World Series crown.

Transit 110 Snapback Cap ($32) – Celebrate the Windy City, home of the season’s second playoff event, with this Transit, 5-panel cap that takes design inspiration from the Chicago Transit Authority.  This hat features a PUMA Transit Woven patch on the front in CTA blue and 4 red stars from the Chicago city flag on the side.

IGNITE PWRADAPT Caged CTA Shoes ($170) – Olympia Fields Country Club, host of the 2020 BMW Championship, can be reached by train from downtown Chicago. Thus, the IGNITE PWRADAPT Caged CTA fittingly pays tribute to the Chicago Transit Authority. The outsole features a full map of the CTA, highlighting where Olympia Fields lies in relation to the various transit lines. The upper features a clean white colorway while the TPU PWRCAGE is back-painted with an image of the famous Chicago city flag.

Atlanta City Snapback Cap ($35) – The Atlanta City snapback delivers a retro style script look in a high-performance Tour-preferred snapback package. This playoff-themed City Cap features “Atlanta” in Bright Red on a white background with a coordinating red brim, that will remind wearers of the hot red color that is part of all Atlanta’s professional sports teams’ identities.

p110 Snapback Cap ($32) – As home to the TOUR Championship, the culmination of the FedExCup playoffs, Atlanta promises to be red hot with action this September.  This retro designed Atlanta P Cap features a solid red body and tonal, stylized ‘p’ logo on the front with crossed golf clubs on the side, with the red being a distinct ode to Georgia’s capital city’s sports teams.

IGNITE PROADAPT ATL Shoes – The final stop of the 2020 Playoff’s is hosted in Atlanta, at East Lake Country Club. These shoes pay homage to the local Atlanta sports teams applying the ever so “hot” red that is used across all the local sports teams.  These head turning kicks feature P logos in a font familiar to diehard Atlanta sports fans, paired with crossed golf clubs throughout the shoe.

Check out pumagolf.com for more details. 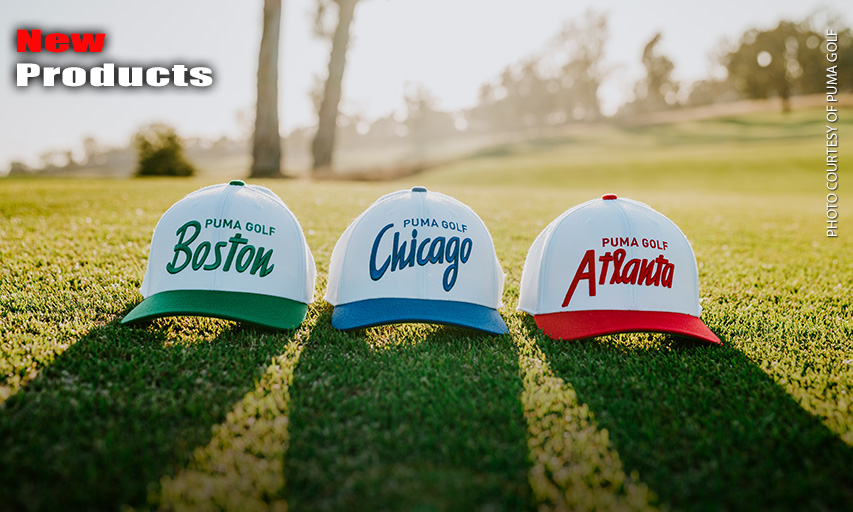