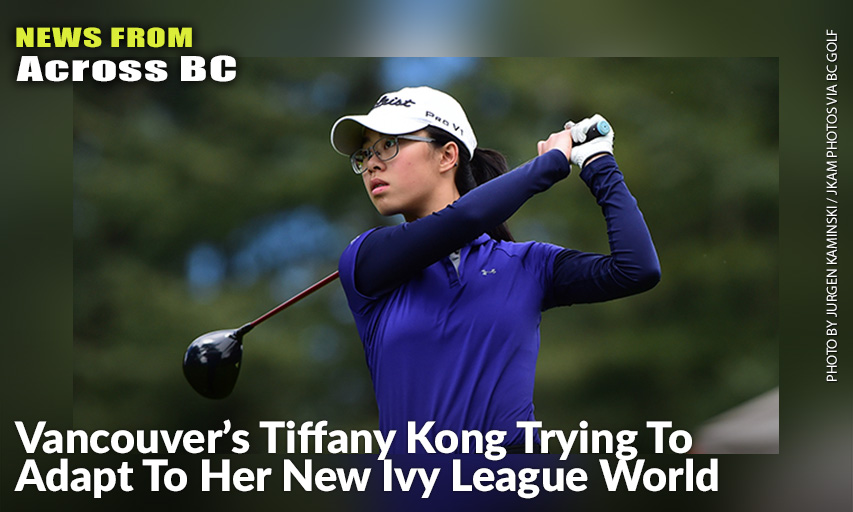 Tiffany Kong did something she hadn’t done in nearly six months this past weekend. She played in a golf tournament.

The Princeton University sophomore was the low woman amateur at the Vancouver Golf Tour’s Vancouver Open, played over 54 holes on the three City of Vancouver courses.

Kong swears her game is rusty, but it didn’t really show as she shot rounds of 73, 74 and 73. “Definitely showed some rust, especially around the greens and putting,” Kong said. “My feel wasn’t great.”

Like so many collegiate athletes, Kong’s world has been turned upside down by the COVID-19 pandemic. Her freshman year was cut short when athletics were cancelled part way through the spring semester.

Her Ivy League education is now being conducted completely on-line. She has no idea when she will be back on campus to play golf or to study.

Her sophomore year started bright and early Monday morning. “My first class is tomorrow (Monday) morning at 7 a.m.,” Kong said Sunday. “With the time difference I have some early starts.”

Kong got a taste of on-line classes this past spring when students were sent home halfway through the semester. “The hardest part was staying motivated,” she said.

“It was so different than being around all the other students. Especially around finals, everybody is studying in libraries and you study together with friends from morning to night. I lost that feeling and motivation to strive for better grades. It was more like just get it done.” 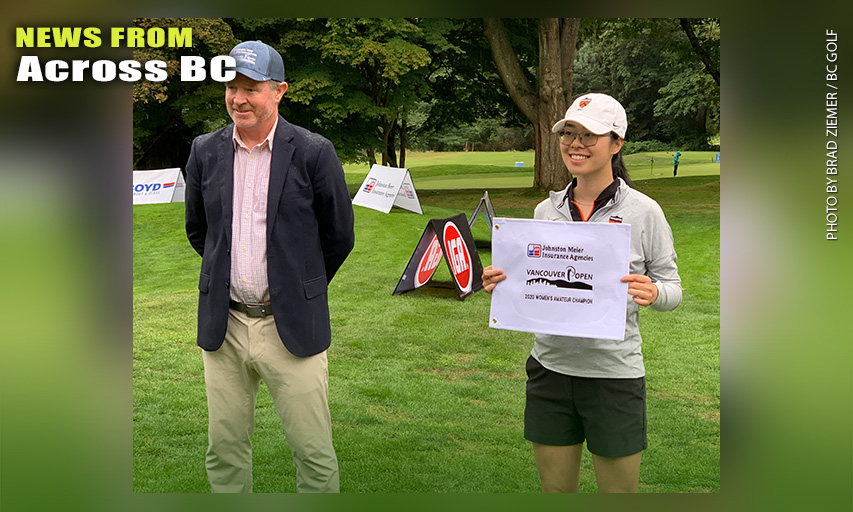 Tiffany Kong Was The Women's Low Amateur At The Vancouver Open.

She called her freshman year a wonderful experience up until the time students were sent home. “I was just getting used to how university life was and it stopped,” she said.

Before everything unravelled due to COVID-19, Kong was enjoying a fine freshman season with the Tigers. But it took a while to get settled. “Oh, it was tough,” she said. “It’s pretty hard balancing academics and golf, with all the training, workouts and tournaments. There was a lot to get used to. But at the end I thought that I had good pace going on in terms of balancing everything.”

Erika DeSanty, coach of Princeton’s women’s golf team, echoes that sentiment. “To speak to her freshman year, it was an unfortunate circumstance that we didn’t get to finish because Tiffany was really starting to come into her own, not just from a golf perspective but from a leadership perspective within the team,” DeSanty said in a telephone interview.

Kong’s best performance came in what turned out to be the final event of the abbreviated season. She finished second at Brigham Young University’s Entrada Classic in St. George, Utah in early March.

“It was awesome because it was against a really strong field and as I said, I think she was really starting to become more of a leader from a vocal place,” DeSanty said. “And I was just waiting for her to turn it on for the rest of the Ivy season because I think we would have had a real shot at an exciting run at the Ivy Championship.”

For now, Kong keeps in touch with her Princeton teammates via weekly calls organized by DeSanty. “Our coach is definitely trying to keep the team tight,” Kong said. “She is big on togetherness. So she’s been setting up team meetings and some one-on-one talks.”

Kong can’t wait until she can compete again with her Princeton Tigers teammates or attend classes, but isn’t optimistic that is going to happen any time soon. “Looking at how things are in America I am doubtful I’ll be able to go back (in the spring),” she said.

“I am trying to remain hopeful.”