Conners Posts Top 10 At The Masters, Secures Invite For Next Year 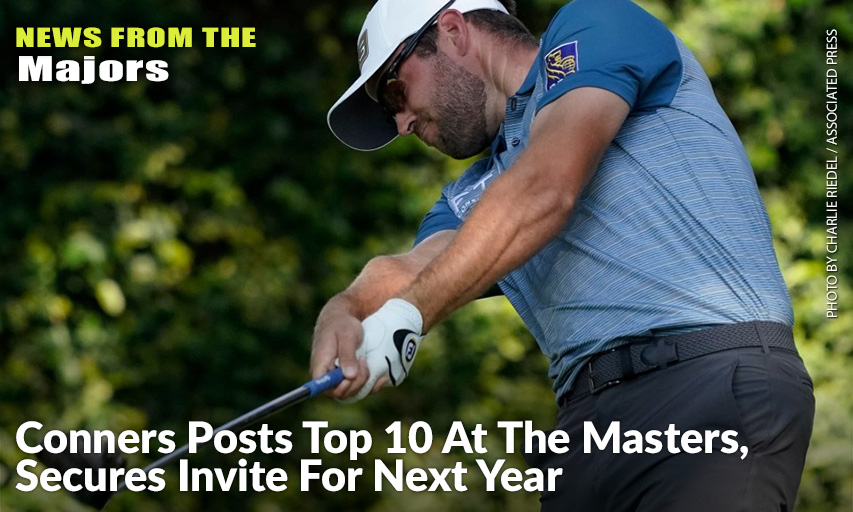 By THE CANADIAN PRESS WITH FILES FROM GOLF CANADA

AUGUSTA, Georgia — Canadian Corey Conners shot a 3-under 69 following through on a streak of solid gameplay that began with the Listowel, Ont., native posting a 65—the lowest score of the second round. An overall score of 9-under 279 earned him a tie for 10th place, securing a Masters appearance in 2021 for the fourth time in his career. The first appearance took place in 2015 as a member of Team Canada’s National Amateur Squad when he qualified via the U.S. Amateur and finished as the lowest scoring amateur on the course.

Nick Taylor (Abbotsford, BC.,) finished off his first Masters appearance in a tie for 29th, after a round of 72 and a final score of 3-under 285. 2003 Masters champion Mike Weir (Brights Grove, Ont.,) shot a 76 during his fourth round and closed the tournament at 2 over, finishing tied for 51st.