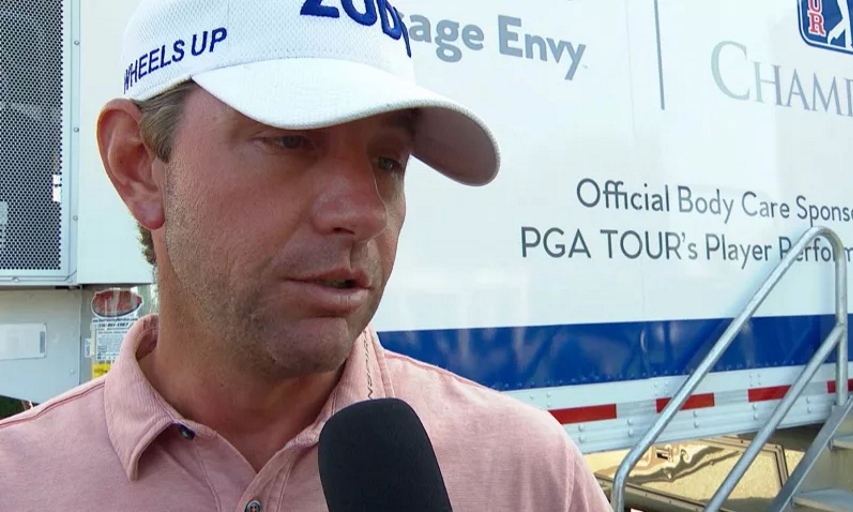 OLD WESTBURY, New York (Doug Ferguson/AP) — Former U.S. Open champion Lucas Glover collapsed to the ground on the 18th fairway when his right foot slipped out from under him at the Northern Trust Open.

Glover stayed crumpled on the ground until medical officials arrived.

He managed to finish the hole and had it checked out. Glover says tests did not reveal a tear, and it’s believed to be a light strain of the tendon in his patella.

But it was a scary moment.

“I scared myself worse than I hurt myself,” Glover said.

He was 197 yards away on a slight slope of thin grass and tried to hit a hard 5-iron. His right foot spun out backward as he shifted his weight to hit the ball. He was leaning on his left leg when he made contact, though the ball went only 75 yards.

Glover stayed on the ground because he didn’t know how badly he was hurt.

“Didn’t think I could put weight on it at the time, so just kind of laid down like a sack of potatoes,” Glover said. “I just wanted somebody that knew more than me to tell me what to do. I never meant to cause any problems or that much attention, and I hated that it came to that. But I didn’t know and I was kind of scared.”

Glover has had a history of injuries in both knees, including his right knee when he fell off a paddle board in Hawaii before starting the 2012 season. He wasn’t able to play for nearly three months.

This didn’t appear to be that bad. He was told to expect a little swelling, but that he should be able to complete the tournament. The next playoff event at the TPC Boston doesn’t start until Friday because of a Labor Day finish.

“I’ve got a few extra days before Boston, but I don’t see any problem,” Glover said.