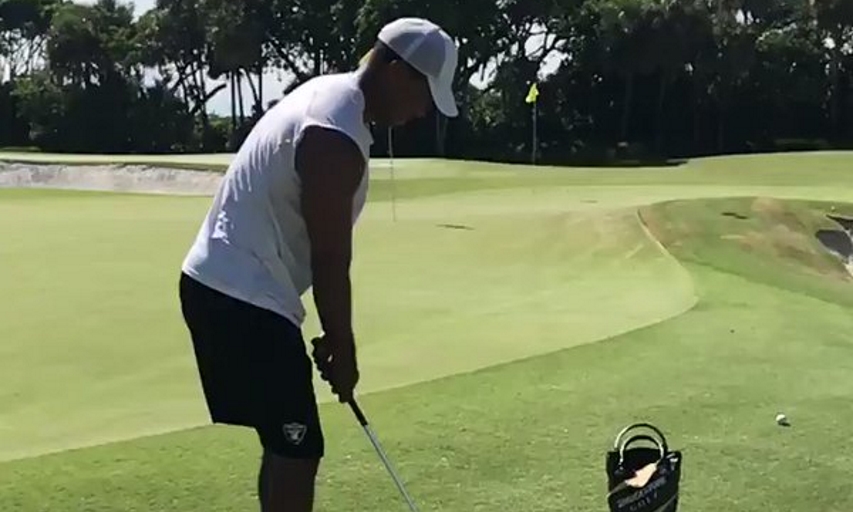 JUPITER, Florida (AP) — The latest image of Tiger Woods looked more familiar. The 14-time major champion had a golf club in his hand.

Woods tweeted a short video showing him hitting a chip shot with a message that said, “Dr. gave me the ok to start pitching.”

Dr. gave me the ok to start pitching pic.twitter.com/tboq1L3Xdn

He had a fourth surgery on his back to fuse disks in April. Woods last played a tournament in early February when he shot 77 and withdrew from the Dubai Desert Classic.

He most recently made news from a DUI arrest on Memorial Day that included a mug shot from the Florida jail where he was briefly held. Woods said it was a mix of painkillers, and a toxicology report issued earlier this month showed he had the active ingredient for marijuana, two painkillers and two sleep drugs in his system.

Woods went to a drug treatment center in June.