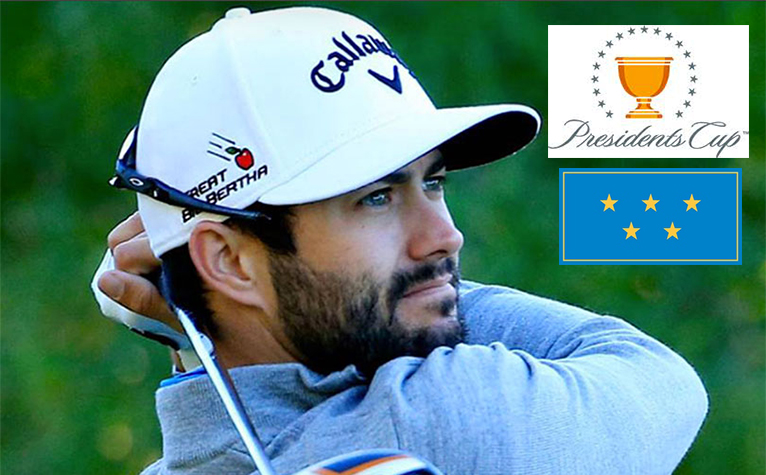 It wasn’t quite the round he had hoped for on Monday, but Abbotsford’s Adam Hadwin still accomplished a huge goal by clinching a spot on the International team for this fall’s Presidents Cup.

That Presidents Cup berth is the cherry atop what has been a spectacular year for Hadwin, who shot a 59 at the CareerBuilder Challenge in January and earned his first PGA Tour win two months later at the Valspar Championship in Palm Harbor, Fla.

Hadwin closed with a two-over 73 in Monday’s final round of the Dell Technologies Championship in Boston. He tied for 13th at eight-under, nine strokes behind winner Justin Thomas. Hadwin began the day tied for fourth place.

He still managed to move up two spots in the FedEx Cup points race to 16th place and improved his chances of remaining inside the top 30 after next week’s BMW Championship and advancing to the season-ending Tour Championship. Hadwin made $159,250 Monday to push his season’s earnings to $3,262,512.

Hadwin will spend part of his off week in Metro Vancouver. He is playing host to his annual Adam Hadwin Charity Classic on Friday at Morgan Creek Golf Course in Surrey. The event raises money for Crohn’s Disease.

The tournament is sold out and one of the participants is going to walk away with a great auction prize. “I’ve got pin flags from each major this year and I’ve gotten the winners to sign them,” Hadwin told pgatour.com. “We’re going to frame them and do one big auction prize. I think that would be a pretty cool prize.”

SOLID SEASON: A solid PGA TOUR season came to an end Monday for Abbotsford’s Nick Taylor, who failed to crack the top 70 on the FedEx Cup points list and won’t be in the field for the BMW Championship.

Taylor started his final round with three straight birdies, but ended up shooting a one-over 72 to finish tied for 56th place at two-over par. He dropped one spot to 93rd on the FedEx Cup points list. Still, Taylor should take plenty of positives from his 2017 season. He had four top 10s, made more than $1.25 million and is fully exempt for the 2018 PGA TOUR season.

VALLEY GUY: He hails from West Vancouver, but Kevin Spooner seems to feel right at home in the Fraser Valley. The former University of Washington Husky won the Vancouver Golf Tour’s Fraser Valley Open for the second straight year on the weekend.

Spooner, who plays out of Capilano Golf & Country Club and is a past winner on the Mackenzie Tour-PGA Tour Canada circuit, closed with an eight-under 64 at The Falls in Chilliwack in Sunday’s final round. He finished the 54-hole event at 16-under par and cashed a winner’s cheque for $10,000.

Kevin Stinson of Cheam Mountain Golf Course in Chilliwack finished second at 12-under and earned $3,000. Scott Secord of Quilchena Golf & Country Club finished third at 11-under. Secord had the day’s best round, a nine-under 63, on Sunday and made $2,000. The first two rounds of the tournament were played at Chilliwack Golf Club and Sandpiper Golf Course in Harrison Mills.

BIRDIES FOR BUCKS: Kelowna’s Samantha Richdale had her best finish of the season on the Symetra Tour -- solo seventh -- and in the process raised $1,300 for hurricane relief efforts in the Houston area.

Richdale had pledged to donate $100 for each birdie she made during the Sioux Falls GreatLife Challenge in South Dakota. She made 13 of them in finishing the event at four-under par. That was seven shots behind winner Celine Boucher of France. Richdale earned $6,284.

WORKING WEEKENDS: Kimberley’s Jared du Toit still hasn’t missed a cut in nine starts this summer on the Mackenzie Tour-PGA Tour Canada circuit. Du Toit had to birdie his final two holes in Friday’s second round to make the cut on the number at the Cape Breton Open.

He then shot a pair of 68s on the weekend to finish tied for 20th place at nine-under par. That was 10 shots behind winner Patrick Newcomb of Murray, Ky. Du Toit remains the top Canadian on the Mackenzie Tour money list at 22nd. The Mackenzie Tour is in Barrie, Ont., this week for the Ontario Championship at National Pines Golf Club.

HALL OF FAME TICKETS: Tickets to this fall’s B.C. Golf Hall of Fame dinner and induction ceremony are now on sale. The ceremony goes Oct. 18 at Point Grey Golf & Country Club.
Tickets are $125 each or $900 for a table of eight. For more information visit bcgolfhouse.com or call 604-222-4653. This year’s inductees include Holly Horwood, Colleen McCulloch, Patrick Fletcher, Brent Franklin and the 1979 Willingdon Cup team.

ON THE WEB: Surrey’s Adam Svensson tied for 50th in the first of four Web.com Tour Finals events. Svensson finished at two-over par at the Nationwide Children’s Hospital Championship in Columbus, Oh. American Peter Uhilein won with a score of 14-under. Merritt’s Roger Sloan missed the cut. The Web.com Finals continue next week in Idaho at the Albertson’s Boise Open.