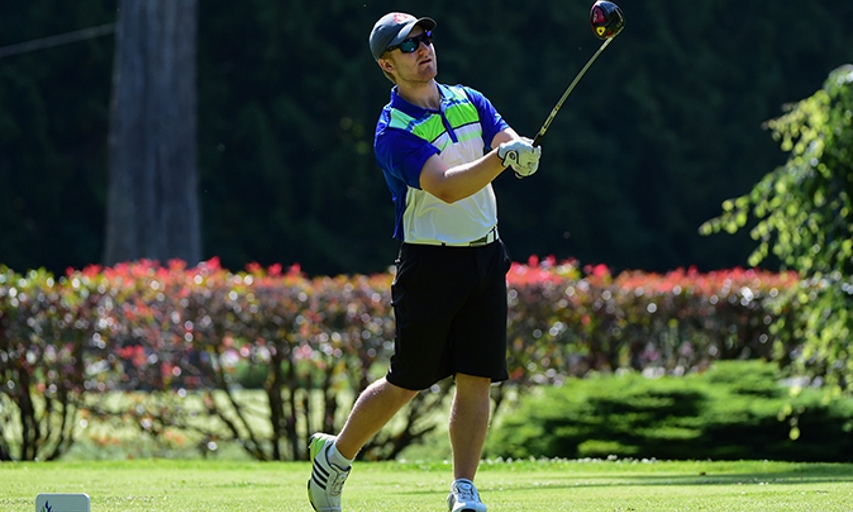 2017 BC Junior Boys Champion Christian Zalli Will Be Studying And Playing Golf At UBC This Fall. (JKam Photos/Jurgen Kaminski via British Columbia Golf)

(Brad Ziemer/British Columbia Golf) -- When Christian Zalli won the B.C. Junior Boys Championship in July at Squamish Valley Golf & Country Club, the Vancouver resident was adamant that college golf was not in his future.

He was going to the University of B.C. to focus on his studies and would not be playing golf. End of story. But Zalli has had a change of heart and UBC golf coach Chris MacDonald is thankful about that.

Zalli’s priorities have not changed. The 18-year-old recent David Thompson Secondary graduate is serious about his studies and will major in political science at UBC. But the more he thought about it over the summer, the more he figured he could strike a nice balance between school and golf.

“My original decision mainly stemmed from me prioritizing the school and the golf,” Zalli said in an interview. “I really wanted to focus on that (schooling). That was the main thing I was going for. My priorities haven’t changed.

“But I started thinking about it in passing. I looked at my schedule for school and I thought maybe I can play. I spoke to Chris and we discussed the scheduling and it wasn’t as high pressure of a schedule as I thought it would be and I figured combined with my actual school schedule I could swing it. Winter is a sad, dark time so I figured I could get out and play some golf and spice it up a little bit, so to speak.”

Zalli won the B.C. Junior Boys title by two shots over his little brother Ilirian and Keaton Gudz of Victoria. He followed that up with a tie for eighth place at the Canadian Junior Boys Championship in Kingston, Ont.

MacDonald is delighted to have Zalli and was a little surprised when he got a call from him recently. Like everyone else, he thought Zalli had ruled out playing collegiate golf. “I am not sure what happened, but he kind of came around to the idea that it might be a good idea and he reached out to me,” MacDonald said. “So we had a couple of good meetings and he's excited about it. We are excited to have him. Needless to say, he can really play golf and he is a really nice young man.” Zalli said MacDonald reassured him that golf won’t interfere with his studies. “I spoke to Chris and he is very understanding,” Zalli said. “It looks like he is not crazy about changing everything that is happening in my life in terms of golf and school. He is very cooperative and very interested in finding something that works for everyone. So I am excited about that.

“Sometimes you get coaches, not just in golf but other sports as well, who demand blood, sweat and tears, everything you have, but it looks like Chris is a little more interested in not only that we are successful, but that we can have fun.”

The UBC men begin their schedule Sept. 11-12 at the Washington State Itani Quality Homes Collegiate tourney in Pullman, Wash. As a late addition to the team, Zalli won’t be playing in that event.
“We need to get him cleared and eligible, but just to have him there and have him train with the guys is going to be a really good experience for him and the guys,” MacDonald said.

“From UBC’s perspective it adds a really nice player and a really good student to the group. He should make a difference. He’ll be a guy who by the end of the year I’d be surprised if he wasn’t contributing a lot to our top five.”

“I didn’t have a lot of expectations,” MacDonald said. “We’re young, but we have some really good players here. We haven’t played yet, so it's hard to say, but I think when we add someone like Christian, when we add someone like Diego, we've got Logan, we've got Andrew, we have a lot of guys who are going to compete for those five through seven spots. Suddenly we have got some real depth that we haven’t had for a while.”