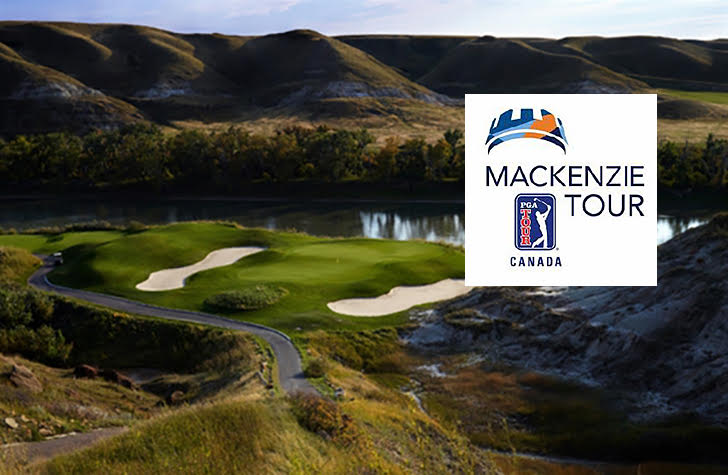 LETHBRIDGE, Alberta (Gord Montgomery/iG) — Next up on the tee, the Paradise Canyon Golf Resort.

That was the word coming from the Mackenzie Tour - PGA TOUR Canada when they announced they’ve added another stop in Alberta during the 2018 season. The event, which is in addition to already existing stops in Calgary, Edmonton and Fort McMurray, will be held sometime in late June.

The tournament was essentially brought to the southern Alberta city by Paradise Canyon Golf Resort’s owner, Ron Sakamoto, who suggests that it’s time others got to see what great golf facilities this part of the province, and country, has to offer.

In fact, the owner of the course is so certain that this event will be a hit, he’s waived the usual fee of $50,000 that it would cost to book his river valley course for the amount of time the Mackenzie Tour will use it.

“We’ve been having discussions with Mr. Sakamoto since the summer of 2016 after we were introduced through a mutual connection. Since then, Tour officials have visited Paradise Canyon Golf Resort to assess the viability of an event there from both a competition and event perspective and were thoroughly impressed with both Ron, the facility and the Lethbridge community.”

As for putting this event into play on an already full schedule the time was found to add this stop in.

“We’re always looking to add top quality playing opportunities for our membership,” said Pritchard. “The schedule is always a work in progress as we seek to provide the best flow for our players and assure the tournaments can maximize their community impact but ultimately whenever we have the chance to add a tournament – especially in a great market like Lethbridge and at a great course like Paradise Canyon – it’s worth it.”

And make no mistake here. Paradise Canyon is fully ready for the challenges the rising stars on the Mackenzie Tour - PGA TOUR Canada will toss at it. And if you think these guys are “minor leaguers,” think again. Recent graduates who have already made their mark on the PGA TOUR include two Canadians, Adam Hadwin and Mackenzie Hughes as well as Tony Finau.

Matt Barkway, the head pro at Paradise said his course will certainly stand up to what these young guns have to throw at it.

“The course is bordered by mounding, coulees or water,” he began. “It’s going to be a course that really rewards a good ball striker. If someone can control their ball, there’s a low number to be had. But when you get off the fairways, especially in late June when our rough is going to be healthy, if you’re not striking it well it’s going to set you back quite a bit. If you miss your tee shot, you’re in trouble.”

Barkway noted the course is a par-71 but “If we wanted, it could be a par-70. On the back nine there’s a real getable par-5 but it would be a heck of a par-4 if they wanted to play it that way.”

Having the Mackenzie Tour make a stop in Lethbridge is a big deal, said Barkway, noting that the entire area is excited about bringing this event into their backyard.

“It will be real special to have players on that tour come here. These players are two years, three years from playing on the PGA TOUR. It will be pretty cool to watch. These are literally world class golfers.”

To help with the costs of running the tournament, Lethbridge’s city council recently voted 6-1 in favour of pitching in with seed money of $250,000 per year, for the three year team of the contract. Those funds will apparently come from the Municipal Revenue Stabilization Reserve. Event organizers are also seeking help from the provincial and federal governments through grants.

Pritchard pointed out in closing that this event is not replacing the Fort McMurray tournament that was cancelled in 2017 because of the massive wildfire that hit that area the previous summer.

“This event will be a brand new event and we’re excited to make the next steps towards finalizing all the details and officially announcing it for 2018. Regarding Fort McMurray, we still maintain contact with key members of the community but there are no plans to have an event there in 2018.”

While no official time has been set for the new stop in Lethbridge, all indications are it will be sometime in late June. The schedule will be released at some time in the coming months, said Pritchard.

About the Writer
Gord Montgomery is a retired sports editor of two weekly newspapers in the Edmonton area and is a member of the Golf Journalists Association of Canada. He is now in his ninth year of writing for Inside Golf. He can be reached at This email address is being protected from spambots. You need JavaScript enabled to view it.. He’s also on Twitter at @Gordinsidegolf and on Instagram at @gordinsidegolf2.