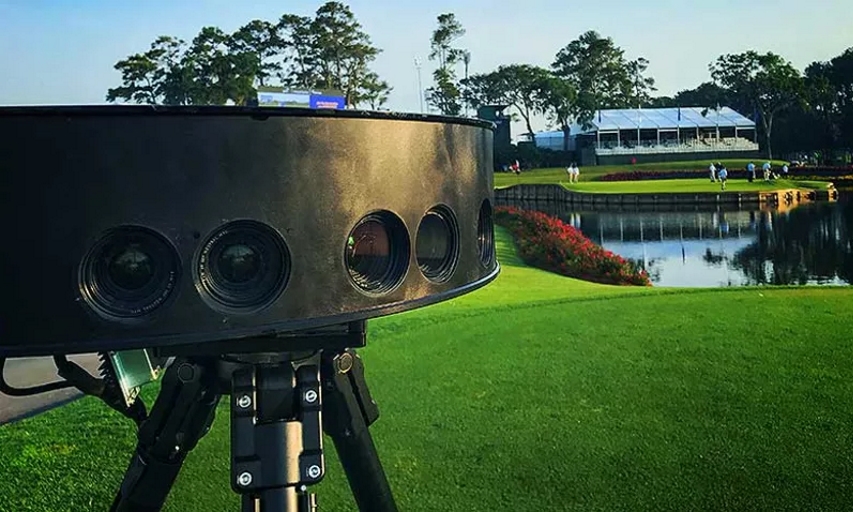 Virtual Reality Cameras Were In Place All Week During THE PLAYERS 2017 At TPC Sawgrass. (Photo/PGA TOUR)

PONTE VEDRA BEACH, Florida — The PGA TOUR and Intel have announced an exclusive relationship to produce and globally distribute live virtual reality (VR) and live 360 video at six PGA TOUR events in 2017 and 2018, beginning with the TOUR Championship at East Lake Golf Club in Atlanta on September 21-24, as well as the Presidents Cup at Liberty National Golf Club in Jersey City, New Jersey, on September 28-October 1.

Intel will produce the live VR experience with Intel® True VR technology, providing unprecedented access to areas on the course that can’t be experienced – even by fans on-site. Intel True VR uses panoramic, stereoscopic camera pods to create a more natural and realistic view from any direction for a more immersive VR environment.

“After two years of experimenting with virtual reality on the PGA TOUR, we are very excited by the viewer experience that Intel produces,” said PGA TOUR Chief Media Officer Rick Anderson. “From the TOUR’s perspective, our goal with VR is to create an experience that is completely different than what you can get as a fan at our events or by viewers of our traditional media platforms. We are confident that Intel’s True VR technology allows us to achieve this goal. The exclusive partnership with Intel furthers our mission of creating a total fan experience that showcases our product on a global stage.”

Beginning with the TOUR Championship, the live VR experience can be viewed on Samsung Gear VR headsets on a global basis through the “PGA TOUR VR Live” app available for free on the Oculus store. The full VR experience will also be available on demand in the app following each event. For fans who don’t have a Gear VR headset, the 360 video stream will be available via Twitter and Periscope, the exclusive social platform to distribute this coverage during the deal term. Live and on-demand VR and 360 video coverage of the TOUR Championship will showcase Nos. 1, 15 and 18, beginning September 21.

Live VR coverage is also being produced at the 2017 Presidents Cup in partnership with NBC Sports on from September 28 to October 1. Coverage will include the driving range and capture the “fan chaos” from the opening holes of this international team match-play competition with Golf Channel hosts Robert Damron, Rex Hoggard and Bailey Mosier. That week, the app in the Oculus store will be named “Presidents Cup VR Live,” providing both the live and on-demand VR experience, while the 360 video stream will be available via PGA TOUR, Presidents Cup, and Golf Channel Twitter and Periscope platforms.

“We’re thrilled to be continuing and expanding our work with the PGA TOUR into a broader VR partnership,” said James Carwana, general manager of Intel Sports. “Intel True VR was there to capture an historic hole-in-one from the iconic 17th green at THE PLAYERS Championship earlier this year, and we look forward to the amazing experiences we will bring to golf fans next.”

The other TOUR events confirmed for VR coverage in 2018 include the Waste Management Phoenix Open and THE PLAYERS. The remaining events will be announced later.