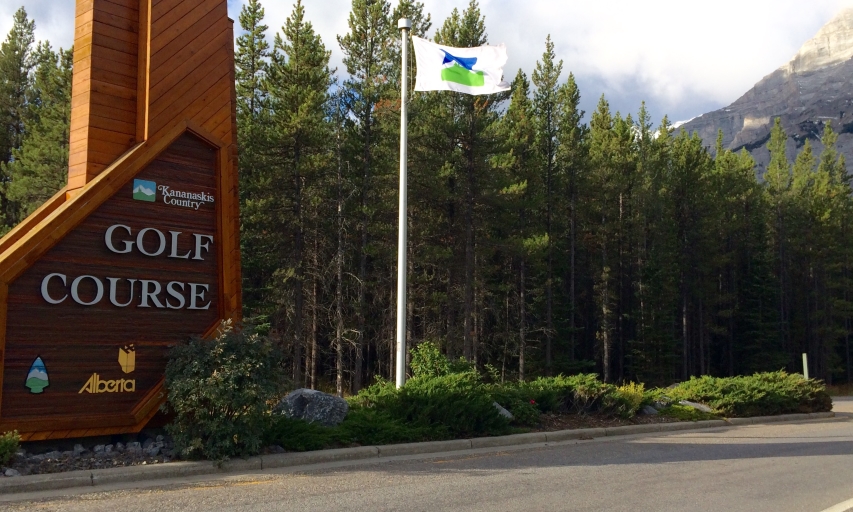 In 2018, The Public Will Once Again Get To Experience The Thrill Of Driving Into The Kananaskis Country Golf Course Entryway And The Beauty That Lays Just Beyond. (Photo/Gord Montgomery)

KANANASKIS COUNTRY, Alberta (Gord Montgomery/iG) — To hear Bob Paley tell the tale, the expected closure of the Kananaskis Country Golf Course back in 2013 wasn’t expected to be all that long. Little did he know the trouble that was tumbling down the mountainside.

Paley, the had pro at the gorgeous mountainside tracks in Alberta, explained that on June 20, 2013, he received a phone call from the courses’ GM, Darren Robinson, about some rain that was falling.

“He told me, “I think we’re going to be closed for a couple of weeks,” Paley told a group of specially invited guests who were involved in one of a dozen Sneak Peek events surrounding the reopening of the Mt. Loretta course.

That “couple of weeks,” turned into a much longer spell but now 18 of the 36 heavenly holes have been restored after a hellacious four years of planning, work stoppages due to a change in provincial government, and more bad weather. While Lorette is back in tip-top shape and ready for the general public to return next spring, the Mt. Kidd course is still in the rebuild stage. It too though will be open for play in 2018. 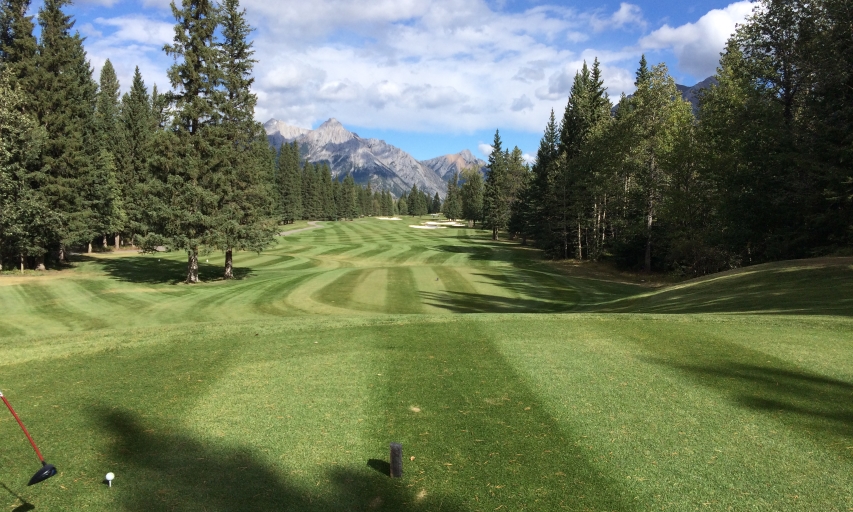 From The Tee Box On Mt. Lorette's Second Hole, The Panoramic Vistas Of Pristine Fairways And The Mountains Come Into View. (Photo/Gord Montgomery)

This all started when the tiny Evan Thomas Creek roiled over its banks, joining the Kananaskis River and running rampant over the pristine golf playpens built back in the early 1980s by the Conservative Government with money from the Heritage Trust Fund.

Robinson, often choked up by his recollections of those tumultuous times, noted that “two to three thousand trees,” along with boulders and silt were spilled across the two courses. In the end, days of heavy rain falling on a huge snowpack in the mountains resulted in 32 of the 36 holes being partially or fully destroyed. 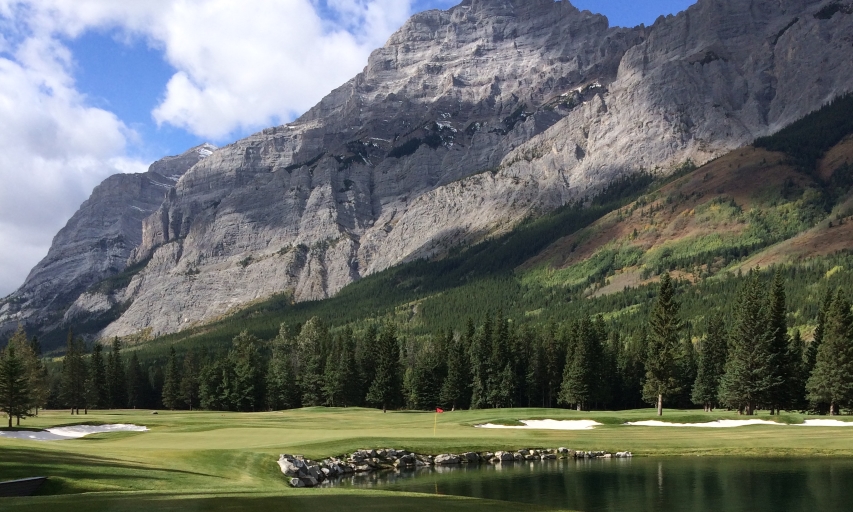 The Par 3 Holes On Lorette, Including The Sixth, Are Picture Perfect, To Say The Least. (Photo/Gord Montgomery)

The GM called in Gary Browning, a Calgary golf course architect who had lost out on the original design to the famed Robert Trent Jones, to assess the damages. Browning reassured Robinson that he could handle the task of a clean-up/rebuild, though he admitted quietly the task did appear overwhelming, a thought he wasn’t sharing with anyone else.

To speed up the recovery of the area, 625,000 square feet of Alberta-grown sod was put down on the fairways. The sand for the spectacular bunker complexes around Lorette was brought in from Golden, B.C., and the grass for the greens, which were in unbelievable condition for the third week of September, was grown in Abbotsford, B.C.

Mt. Lorette did have a few minor tweaks done as it was restored, including the moving of the green on Hole 14, a par five. The putting surface was shifted away from the river and a wildlife corridor and while that took away a beautiful sightline from the previous layout, the new green still makes a par on this hole a great score. 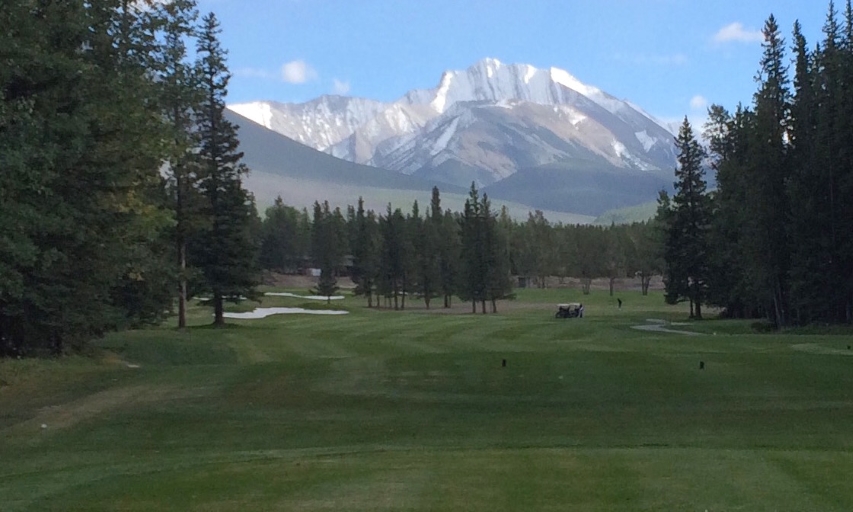 One Of The Lasting Memories You'll Have After A Day At The Kananaskis Country Golf Course Is The View Of The Distant Mountain Peak, Set Against A Bright Blue Sky, On The 18th Tee On The Mt. Lorette Course. (Photo/Gord Montgomery)

Another change that may not even be noticeable to some is the change to the green complex on No. 18. A false front has been added on this par 4, making the approach shot a little tougher as anything that land short ends up stopping in its tracks instead of trundling up to the green.

But all in all, the restoration here is spectacular and now the course goes to sleep for the winter. But be assured, when Mt. Lorette opens in the spring and Mt. Kidd joins the party in late June or July, the Kananaskis Country Golf Course will be everything it ever was previously —  even if it did take a bit longer than a couple of weeks to reopen.

While no rates or online booking dates have yet been set for the 2018 season, they will be announced in the coming weeks and everyone will be made aware of those. Or as Paley put it, “That will be the worst kept secret of the year!”

About the Writer
Gord Montgomery is a retired sports editor of two weekly newspapers in the Edmonton area and is a member of the Golf Journalists Association of Canada. He is now in his ninth year of writing for Inside Golf. He can be reached at This email address is being protected from spambots. You need JavaScript enabled to view it.. He’s also on Twitter at @Gordinsidegolf and on Instagram at gordinsidegolf2