Capsules Of Players Being Inducted Into Golf’s Hall Of Fame 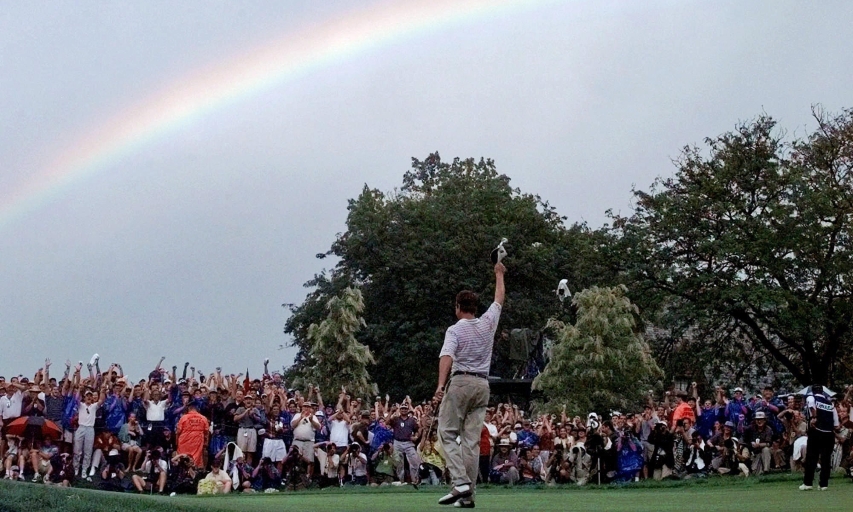 A Rainbow Soars Above Davis Love III After He Won The 1997 PGA Championship. Love Is One Of Four Players To Be Inducted Into The World Golf Hall Of Fame. (AP Photo/Elise Amendola, File)

A capsule look at the four players being inducted into the World Golf Hall of Fame:

Signature Moment: The rainbow coming out at Winged Foot as he birdied the final hole of the 1997 PGA Championship.

Notable: The son of a respected club pro who died in a plane crash in 1988, he achieved lifetime status on the PGA Tour with his 20th victory in 2008 at Disney, and then added another victory at the Wyndham Championship when he was 51. He played six times apiece in the Ryder Cup and Presidents Cup and holed the clinching putt in his Ryder Cup debut in 1993. He was a two-time Ryder Cup captain. 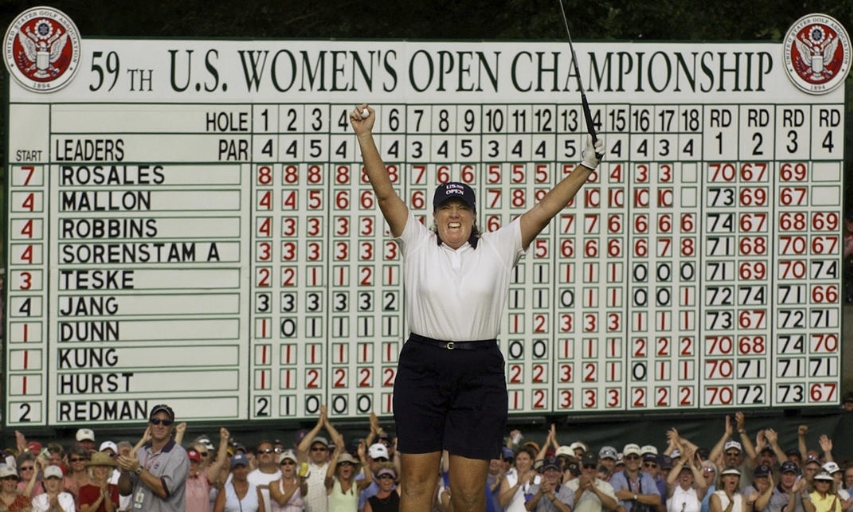 Meg Mallon Celebrates After Putting Out On The 18th Green As The Winner Of The 2004 U.S. Women’s Open Golf Championship. (AP Photo/Elise Amendola, File)

Notable: Mallon went four years before winning her first LPGA Tour event, but then she took off by winning two majors in 1991, the LPGA Championship and the U.S. Women’s Open. One of the most gregarious and popular players in women’s golf, she picked up her fourth major at age 41 when she won the U.S. Women’s Open for the second time at The Orchards in her home state of Massachusetts. She played eight consecutive times in the Solheim Cup and was U.S. captain in 2013. 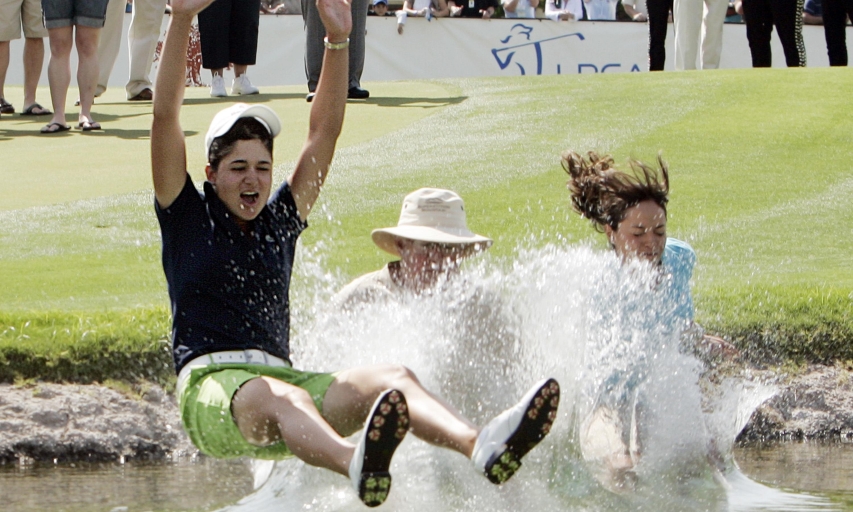 Lorena Ochoa (Left) Jumps Into The Lake With Her Father Javier Ochoa (Center) And An Unidentified Person In The Traditional Plunge Alongside The 18th Green After Her Victory In The 2008 LPGA Kraft Nabisco Championship. (AP Photo/Reed Saxon, File)

Notable: Her career was as dynamic as it was short. Ochoa fell while climbing a tree at Guadalajara Country Club when she was 5 and broke both wrists. She says doctors put her in a case and gave her “magical hands,” and they carried her to No. 1 in the world in women’s golf. She won her first major at the Women’s British Open, and won the next at the Kraft Nabisco Championship. In a three-year stretch, she won 21 times on the LPGA Tour and then abruptly retired to start a family. Under the previous Hall of Fame criteria, she would not have been eligible because she didn’t play 10 years. 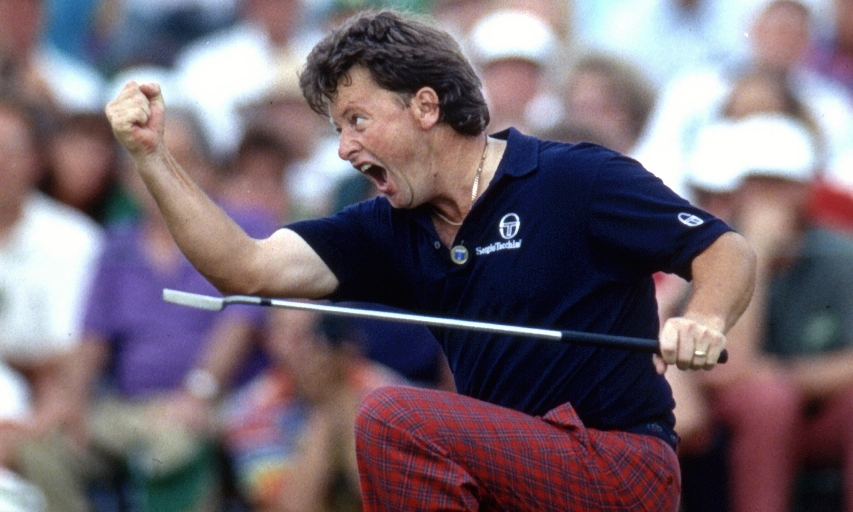 Ian Woosnam Reacts To His Putt For Par On The 18th Green To Win The 1991 Masters. (AP Photo/Lenny Ignelzi, File)

Signature Moment: Making a 7-foot par putt on the final hole to win the Masters, one week after he became No. 1 in the world.

Notable: He packed big power and a big game in his 5-foot-4 body. Woosname was part of the “Big Five” of European golfers, along with Seve Ballesteros, Nick Faldo, Bernhard Langer and Sandy Lyle, who led European dominance of golf in the 1980s. The Masters was his only major. He won the Order of Merit twice on the European Tour and played on nine Ryder Cup teams. He also was captain in 2006 in Ireland, leading Europe to a record-tying margin of victory.