Woods Back On The Course In A Cart, Uncertain About Future 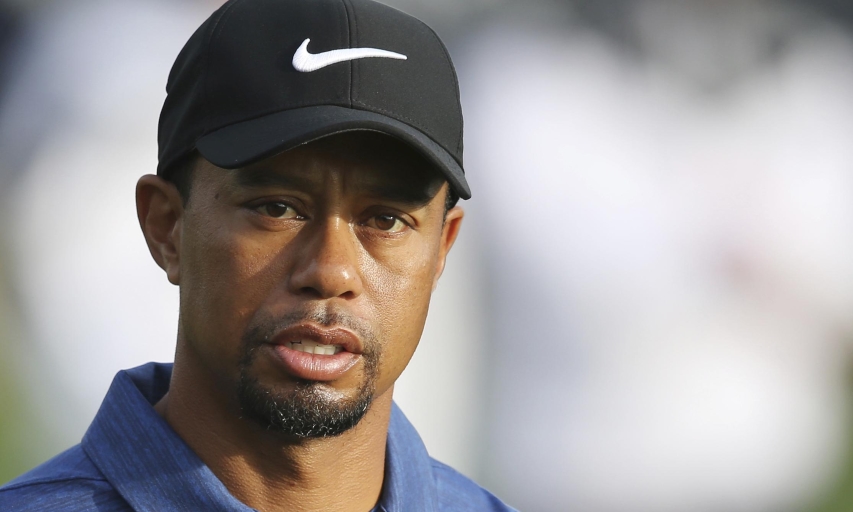 Woods Made It Back From His Fourth Surgery In Time For The 2017 Presidents Cup, But Not To Play. Not Even Woods Knows When Or Even If He Can Return. He Even Acknowledged A Scenario That He Doesn’t Return To Competition Because He’s At A Stage Where He’s Only Hitting 60-Yard Shots. (AP Photo/Kamran Jebreili, File)

JERSEY CITY, New Jersey (Doug Ferguson/AP) — Tiger Woods made it back from his fourth surgery in time for the Presidents Cup.

Just not to play.

Not even Woods knows when or even if he can return. He even acknowledged a scenario that he doesn’t return to competition because he’s at a stage where he’s only hitting 60-yard shots.

This was all about driving a cart as an assistant captain at Liberty National.

Woods is back on a golf course for the first time since the Dubai Desert Classic, where he shot 77 in the first round and withdrew the next day citing back spasms. He had fusion surgery on his back in April, and he had reason to wonder if he would be able to join the U.S. team in this capacity.

He said in his blog May 24 that surgery brought instant nerve relief. Five days later, however, he was arrested on a DUI charge when Florida police found him asleep behind the wheel of a running car that was parked awkwardly on the side of the road with a blinker flashing.

Woods said he had an unexpected reaction to pain medication. Three weeks later, he entered a treatment center.

He also was an assistant captain at the Ryder Cup last fall, and even though he doesn’t have a club in his hand or a putt on the line, they are big weeks. Having not played a full schedule since 2015, removed from the game, opportunities to spend time with an American team is not anything he would want to miss.

“There were times when ... I didn’t know if I was going to be able to be here because I couldn’t ride in a cart,” Woods said Wednesday. “The bouncing just hurt too much. Driving a car still hurt. So that’s all gone now, which is fantastic. And yeah, there were some intrepid times — not just for this golf tournament, but for life going forward.”

Woods looks as fit as ever. He said in another blog he posted last week that he was working out six days a week, alternating among a treadmill, his bike, swimming and lifting weights twice a day. He is hitting wedges up to 60 yards, but that’s as far as he said his doctors will allow him to go.

He was asked if he could see a scenario where he would not return to competition and Woods replied, “Yeah, definitely. I don’t know what my future holds for me. As I’ve told you guys, I’m hitting 60-yard shots.”

“I’ve been out of the game for a while,” Woods said. “First things first: Get my health organized. Make sure the pain goes away. Then, basically, just as I said, just keeping waiting for what my surgeon says. I’m still training. I’m getting stronger. But I certainly don’t have my golf muscles trained because obviously I’m not doing anything golf-related.”

Woods went 4-1-0 at the Presidents Cup in 2013, his last team competition. Except for the odd occasion when PGA champion Justin Thomas or Rickie Fowler comes over to his house in south Florida to chip in his backyard practice facility, he’s not around the players in this environment.

Woods said he was “very optimistic” about getting back into the fray. He’s also as uncertain as ever.

“Like I said, the pain’s gone, but I don’t know what my golfing body is going to be like, because I haven’t hit a golf shot yet,” he said.

He said in his May blog that he “unequivocally” wants to play professional golf again, and he said again Wednesday that he was in no hurry to get back from a fourth back surgery, which followed four surgeries on his left knee.

Woods was asked if could be the best in golf again if he returned to 100 percent health. That made Woods smile, only because he doesn’t know what 100 percent means anymore with all his injuries. The next question was if he could return to the health he had in his 20s, and Woods did all he could to keep from laughing.

“Is anybody in here who is in their 40s ever going to feel like they did in their 20s?” he said. “Seriously?”

He turns 42 at the end of the year. His role at the Presidents Cup is assisting U.S. captain Steve Stricker, encouraging players who were not even in kindergarten when Woods won the first of his 14 majors.

And he’s loving every minute of it.

So are the players, and the fans. Woods still remains the top draw when it comes to autographs at Liberty National. It’s a rare sighting these days on a golf course.

“The younger player on both sides, he was our dominant player, the face of the PGA Tour, and they grew up idolizing him,” Jim Furyk said. “Having him here in the team room and here with those guys is invaluable. “It’s a two-way street. It’s great for Tiger. As much as he’s been injured, it’s probably wonderful for him to be out here.”