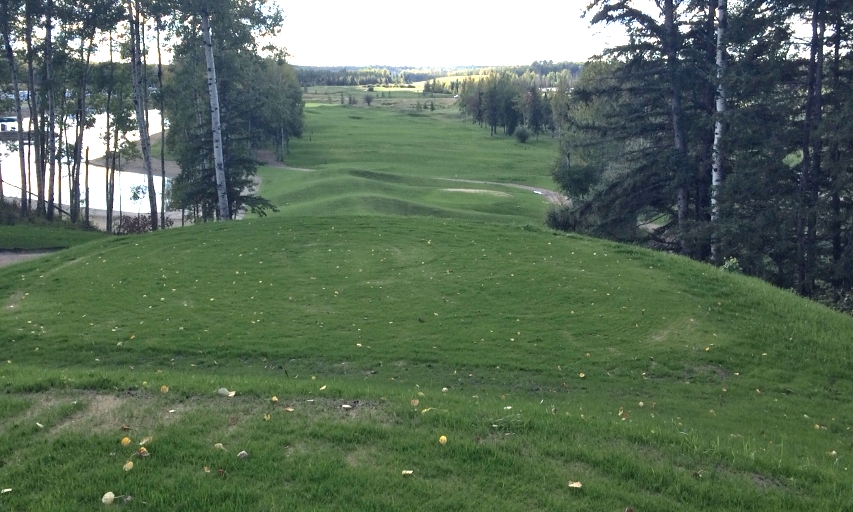 One Of The New Holes Being Shaped At Trestle Creek GR Is Proof Positive That There Will Be Mounding And Elevation Changes At Play, This Nine Brings The Total Number Of Holes At The Golf Course to 27.

EVANSBURG, Alberta (Gord Montgomery/iG) — Considering the amount of play and positive comments his golf course has received it should come as no surprise that Alvin Clark is taking the next step at the Trestle Creek Golf Resort. That step, a big one, will see the rural layout go to 27 holes from the present 18.

Interestingly enough, the plan has always been to have three nines here, built one at a time to ensure they were done properly. And architect Brad Dupuis has done everything perfectly as he has sculpted what will be three different layouts throughout the property.

“Our new Magnolia Nine will have six holes of the nine in the trees with lots of elevation. We started this year and will finish the first three-and-a-half, four holes, this year,” said Clark. That work included Holes 1, 2, 8 and 9 with the remainder being planted in 2018. That timeline, added Clark, means the entire 27-hole complex will be up and running within the next three years.

Clark said that the meshing of the nines has been well managed by Dupuis. While each segment is different in its look and feel, they all come together to form an impressive and fun 18 holes no matter which two you play on any given day.

Clark went on to say that the Magnolia, which joins the Jackpine and Creekside Nines, will have water on only two holes, fewer trees and lots of elevation changes compared to the rest of the course. The highlight of the new nine is the 400 foot hill that comes into play meaning there will be a few elevated tee boxes along the journey.

The new part of the course will max out at 3,700 yards from, meaning it stretches out a bit farther than its counterparts, but at the same time, that means again it will be different from what preceded it at Trestle Creek. One of the signature tests on the new nine will be a 600-yard par 5 that will be set on three tiers. 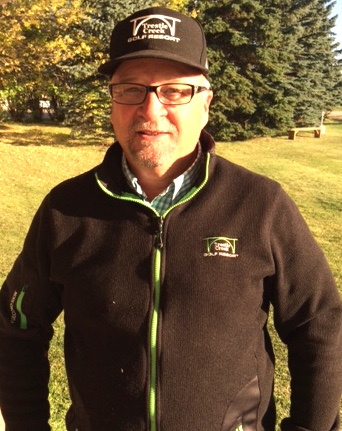 Trestle Creek Golf Resort's Head Honcho, Alvin Clark, Is Excited About The Construction Of The Newest, And Final, Nine Holes At His Golf Course Located West Of Edmonton.

As for becoming only the second 27-hole facility in the greater-Edmonton area, Clark said it will serve recreational and competitive golfers well.

“What it does is gives us lots of options,” he said, noting the extra nine will open the door to more tournament play at his facility something they haven’t had since its opening.

“We are pretty full right now. We played a lot of rounds here this year so we think this is a great option.”

The plans for the new clubhouse are also coming along well as it has been laid out on paper. At present, there will be 26,000 square feet of clubhouse on two levels. It is slated to open in conjunction with the third nine.

“We’re pretty excited about that. We’ll have seating for 450 people, a full sports lounge. It’s been neat to see it come together!” enthused Clark.

The one thing that the new clubhouse/pro shop area will do is change the routing of the course, as the Jackpine 9’s opening hole now will become its closing hole.

“Since Day 1 (the course) has been laid out so that the clubhouse would be there,” Clark said of its hilltop position overlooking the RV park and golf course. “Right now, Hole 1 isn’t a great starting hole — it’s one of the hardest holes on the course — but it’s a great finishing hole.

And when the next nine is finished at Trestle Creek Golf Resort, it’s very likely everyone will be saying “what a great hole,” about every test on the golf course, whether it’s their first hole of the day or their last.