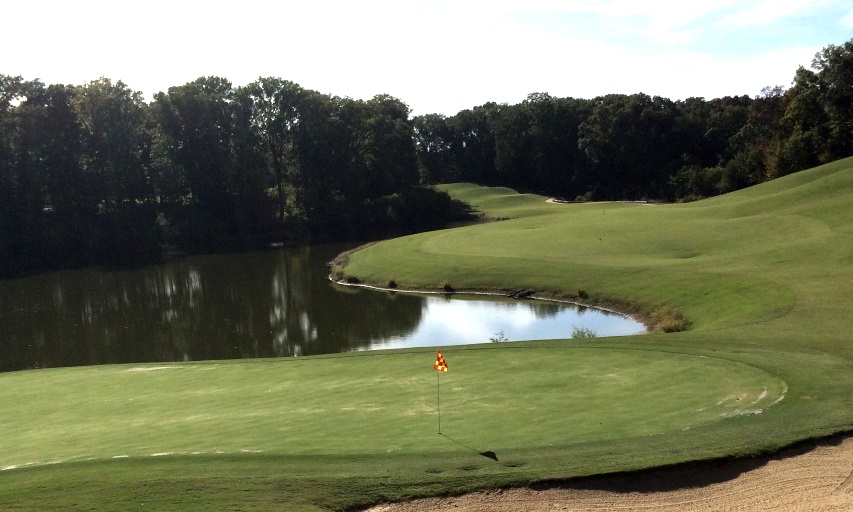 The Stanley Thompson Trait Of A Hole That Looks As Good From The Green To The Tee As Tee To Green Is Evident Everywhere On The RTJ Trail, Including This Hole On The Schoolmaster Course. (Photo/Gord Montgomery)

HUNTSVILLE, ALABAMA (Gord Montgomery/iG) — Even though the Robert Trent Jones Golf Trail is miles south of the 49th Parallel, there are hints of Canadiana spread out all over this world famous destination. After all, the man that created the Trail was tutored by the best known architect to ever come from the Great White North.

Among many others, Robert Trent Jones, Sr., was a disciple of Stanley Thompson’s back in the day. As such, it’s easy to see that the Canadian’s ideas, and philosophies on building outstanding golf courses with exceptional playability and sight lines, took root with the famed American designer.

As for the Robert Trent Jones Golf Trail which is celebrating its 25th Anniversary in 2017, it stretches through greater Alabama. The Trail itself boasts 26 different courses at 11 sites, running from Hampton Cove in the north down to Magnolia Grove in the southern part of the state. The Trail’s terrain varies from location to location, from the foothills of the Appalachian Mountains in the north to the flatlands of the Gulf of Mexico in the south. All the courses are within an easy drive of each other, making them accessible and well worth the travel time to play.

Following in his mentor’s footsteps, Jones was of the mind that a score of par should be a challenge to one’s game and skill, or as he put it, “not easy to come by.” At the same time, if that number escapes you, holes are set up so that a bogey isn’t all that hard to come by.

Another key element of his teacher’s lessons are the visuals presented at the courses he built. Whether you’re looking from tee to green, or in the reverse direction, the lines are true and it’s easy to see the obstacles that lay in front of you, or those that you’ve managed to avoid on your way to the putting surface.

Interestingly enough, Jones wasn’t the first designer approached about constructing a golf trail through Alabama in hopes of encouraging tourism. Big names like Nicklaus and Palmer turned aside the chance to put their names on this golfing paradise and eventually Jones was lured out of retirement to create this ever-lasting legacy to his, and his mentor’s, name.

Since the inception of the Trail, tourism has boomed in Alabama, exactly what the visionaries hoped for when this idea first arose. It’s said that the state’s visitor numbers have risen sharply from 2 million a year to over 8 million now, thanks in large part to the Trail and its unique, fun, and gorgeous offerings. While the Trail wasn’t created to make money, the latest stats available suggest there are more than 500,000 rounds played on it each year, making for a huge economic spinoff not only for the courses but the area’s hotels, restaurants, craft breweries and businesses. 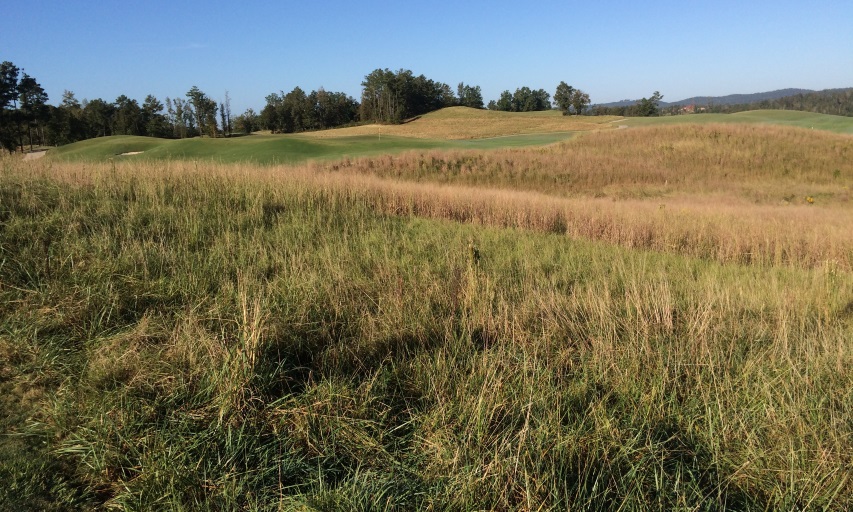 Tangly Fescue Rough As Well As Bermuda Grass Is A Characteristic Of All The Courses On The RTJ Trail, Including Silver Lakes. (Photo/Gord Montgomery)

In constructing the Trail, Jones adhered to what Thompson preached: 1) unforgettable views; 2) natural features such as rivers, lakes, trees, good soil; and, 3) environment.

He also followed, at least for the most part, the best way to lay out a course as seen by his Canadian mentor — an easy, aesthetic start with a long, strong finish.

While Thompson felt there shouldn’t be any par 3 holes before the 4th or 5th assignments of the day or after the 16th hole, Jones did step outside the parameters here, at on at least a couple of his designs. At The Shoals, The Schoolmaster has a beautiful little short hole up second on the scorecard while Fighting Joe wraps up its demands with par 3s on both nine and 18 .

But when you look at what he created, not only for golfers but for the State of Alabama, Jones can certainly be forgiven for those small flaws!