The Golf Community Mourns The Passing Of Alvie Thompson 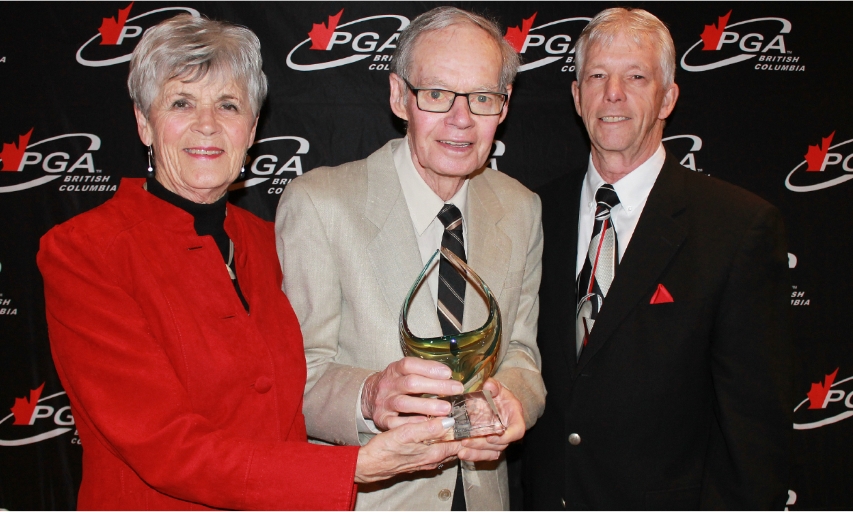 Life Professional Alvie Thompson (Centre) Is Joined By Wife Donna While Receiving A Trophy From Barrie McWha To Commemorate His Induction Into The PGA Of Canada Hall Of Fame Earlier This Year. Thompson Has Passed Away At The Age Of 81. (Photo/PGA of BC)

RICHMOND, British Columbia (PGA of BC) — The PGA of BC is saddened to learn that honoured Life Professional Alvie Thompson has passed away at the age of 81.

Thompson was an accomplished player as well, perhaps best known for his 28th-place finish in The Masters in 1963. He collected a number of impressive titles over the years, including the 1962 PGA of Canada Championship – defeating George Knudson and his own personal mentor, Stan Leonard, in a playoff – and the 1963 PGA of Canada Match Play Championship. He was also a three-time winner of the Manitoba Open and captured the 1959 PGA of BC Assistants’ Championship among many other notable domestic and international results.

Thompson’s legacy in BC continues through the many Golf Professionals who looked up to him early in their careers. Much in the way Leonard was a major influence on him, Thompson passed on his knowledge and expertise to several esteemed PGA of BC Professionals, including Jim Pringle, Mike Smedstad, Norm Jackson, Derek Thornley, Pat Dunn and others. He also had a major impact on the playing career of Richard Zokol, who was a junior at Marine Drive while Thompson was the club’s Head Professional.

Thompson is survived by wife Donna. The PGA of BC extends its deepest sympathies to Thompson’s family, friends and industry colleagues during this difficult time.