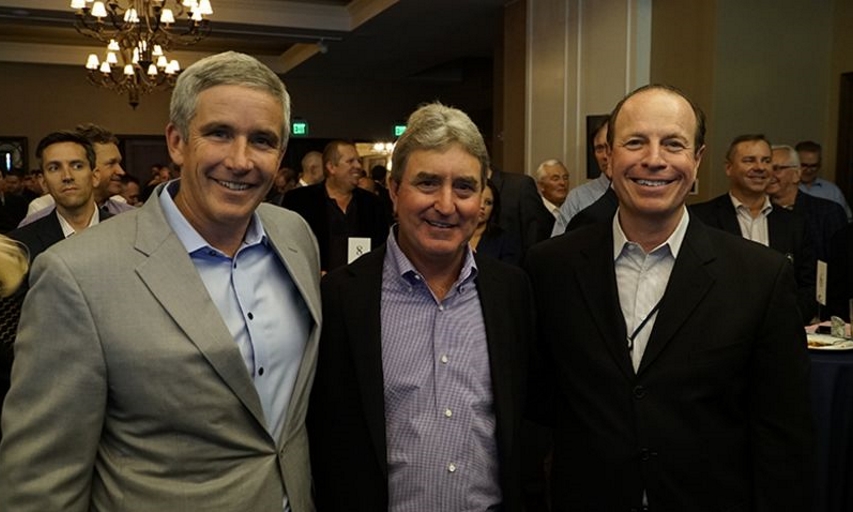 The PGA TOUR Courage Award is presented to a player who, through courage and perseverance, has overcome extraordinary adversity, such as personal tragedy or debilitating injury or illness, to make a significant and meaningful contribution to the game of golf. Sauers is the third-ever recipient of the Courage Award, joining Erik Compton and Jarrod Lyle, who received the award in 2013 and 2015, respectively.

“Gene’s determination in defeating Stevens-Johnson syndrome and resuming a successful PGA TOUR Champions career serves as inspiration for anyone suffering through a life-threatening condition,” said Monahan. “It required tremendous fortitude for him to overcome nearly insurmountable odds, and we are thrilled to present him with the 2017 PGA TOUR Courage Award.”

The Courage Award includes a $25,000 charitable contribution to be distributed to a charity of the award recipient’s choice; this year’s contribution will be given to Massachusetts Eye and Ear Infirmary, a non-profit international center for treatment and research and a teaching hospital of Harvard Medical School. Clinician scientists at the Infirmary conduct research that aims to improve diagnostic tests, treatment option and prevention strategies for patients with Stevens-Johnson Syndrome.

“It’s truly an honor to receive the Courage Award, and it is my hope it sheds positive light on the tremendous work being done by doctors and researchers around the country to find a cure for this debilitating disease,” said Sauers. “Through perseverance and determination, I was able to overcome Stevens-Johnson Syndrome and return to competition, and I cannot thank my family, friends and fellow PGA TOUR players enough for their tireless support along the way.”

Sauers turned professional in 1984 and competed on the PGA TOUR through the 1995 season, winning the 1986 Bank of Boston Classic, 1989 Sony Open in Hawaii and 1990 Sanderson Farms Championship. The Savannah, Georgia, native split time between the PGA TOUR and Web.com Tour from 1999 through 2001 before earning his fourth career victory at the 2002 Air Canada Championship.

Sauers remained on the PGA TOUR through the 2005 season, but took a seven-year hiatus from competition when a misdiagnosis of rheumatoid arthritis turned out to be Stevens-Johnson syndrome, a rare and painful skin condition. His condition quickly deteriorated when clogged blood vessels in his arms and legs caused his skin to burn from the inside out, which left him with just a 25-percent chance of survival.

After undergoing several skin grafts, which are still evident on his forearms, Sauers returned to competition in 2011 and 2012, playing a limited Web.com Tour schedule before turning 50 in August 2012.

On PGA TOUR Champions, he finished inside the top 25 in the Charles Schwab Cup in three of his first four seasons, including 2016, where he notched his first title at the U.S. Senior Open at Scioto Country Club in Ohio. Since turning 50, Sauers has earned more than $4.7 million on PGA TOUR Champions while accumulating 28 top-10 finishes, including six runner-up efforts.