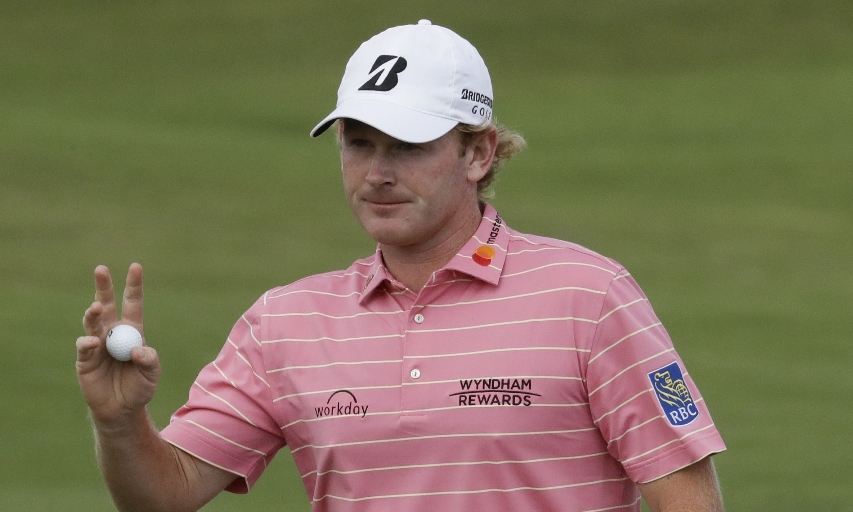 Brandt Snedeker Is Playing The RSM Classic After Being Out For Nearly Five Months With A Sternum Injury. (AP Photo/Chris Carlson)

ST. SIMONS ISLAND, Georgia (AP) — The final tournament of the calendar year on the PGA Tour feels like a fresh start for Brandt Snedeker.

The biggest question is how long that feeling will last.

Snedeker returns this week at the RSM Classic from a peculiar injury to his sternum that doctors typically see only from contact sports. The injury was to a joint between the upper and lower sternum, and the pain at times was so great that Snedeker had trouble breathing after hitting shots.

That was the case at Royal Birkdale in July, when he was warming up for the opening round of the British Open when he abruptly withdrew because of the pain.

The RSM Classic will be his first competition in about five months.

“Semi-retirement is not all it’s cracked up to be,” said Snedeker, 36. “It’s been a long time. It’s fun to be back. Kind of realize what you miss, and I’m probably the most excited guy in the field this week to be playing again.”

Snedeker said he played 25 holes for three straight days at home in a cart and felt no issues. Even so, there is still the unknown of how it will feel walking over five hours in threesomes over the opening two rounds on two courses at Sea Island, and some of the lies he might face that could cause that jarring impact to his chest.

He opted to treat the injury with rest, although Snedeker conceded that “surgery is not off the table if it doesn’t go well this week.”

It was a good week to return. He has a second home in Sea Island and knows the Seaside and Plantation courses well. He faces a full field in which Matt Kuchar at No. 14 is the only player from the top 25 in the world ranking.

Davis Love III is the tournament host. Mackenzie Hughes is the defending champion, winning a four-man playoff a year ago that ended on Monday morning with the Canadian rookie holing an 18-foot par putt from just off the green.

The RSM Classic is the eighth tournament of the fall before the PGA Tour takes its winter break until resuming on Maui at the start of next year. Snedeker’s plans are to compete this week at Sea Island, and then join Bubba Watson at the QBE Shootout in Florida, the team event that Greg Norman hosts.

But at least he’s playing. And for the longest time, he wasn’t sure that would be the case.

“This was an injury that I probably talked to 15 doctors over the course of these last 12 weeks or 14 weeks, and not one of them had ever really seen it in a golfer before,” he said. “They’d never really run into this kind of injury without a blunt force trauma to cause it. So the uncertainty of how to fix it, the uncertainty of can it be fixed without surgery, will it go away, will it not? It’s just tough when you don’t have any real idea of how you’re going to fix it.”

Snedeker said a single swing or a shot didn’t cause the injury; rather, it was progressive through repetition.

“It gets to a point where it gets so inflamed and so sore, my sternum was moving independently of each other,” he said. “So it literally felt like my sternum was cracked or broken. Couldn’t breathe. Couldn’t do anything if I went and practiced for an hour. But if I go hit a ball and wait 10 minutes, I was OK. But if I practiced or did anything like that, it would just really get to a point where it hurt to breathe, hurt to move, hurt to do anything.”

Snedeker was at No. 32 in the world after he tied for 14th in the Travelers Championship, which turned out to be his last event. He now is at No. 47, and risks falling out of the top 50 by the end of the year, which would cost him an automatic spot in the Masters.

For now, he wants to play and feel good doing it.

He has worked with swing coach John Tillery on a game that will alleviate some of the pressure from his chest area. He also has changed his diet to avoid foods that could lead to inflammation, specifically carbohydrates. That means more vegetables and no french fries.

What hasn’t changed is his optimism.

“I’m excited about stepping in and playing some good golf,” he said. “And I firmly believe that my best golf is still ahead of me.”