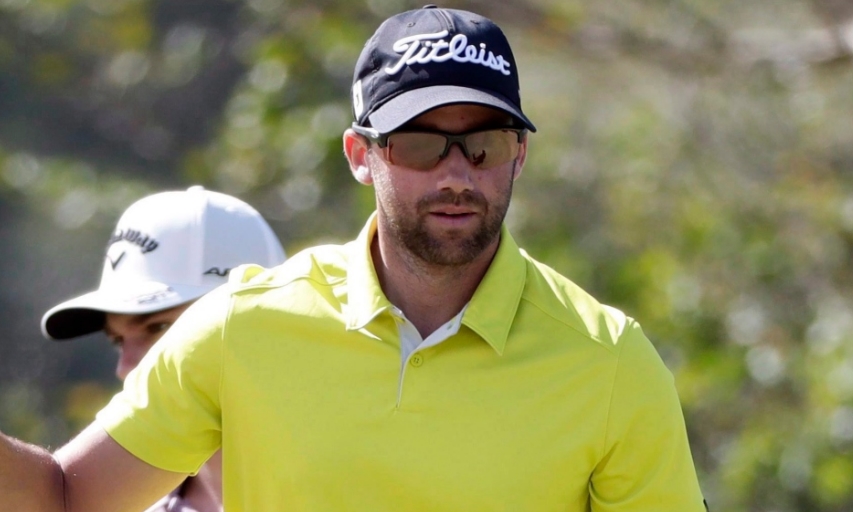 (Adam Stanley/Canadian Press) — Ben Silverman has put in the work to climb nearly 1,000 spots in the Official World Golf Ranking since the end of 2016.

Now he’s ready for a break.

Silverman, from Thornhill, Ont., went through a whirlwind year both on the course and off in 2017. He and his wife Morgan welcomed a son — Jack Palmer Silverman — in July, and he won the first tournament he played in after becoming a father.

The 30-year-old’s victory at the Price Cutter Charity Championship propelled him into the top 25 on the Web.com Tour money list, earning him PGA Tour status for 2017-18.

In the five events of the PGA Tour’s Fall Series, he made the cut in four of them and notched two top-10 finishes, including last week at The RSM Classic in St. Simons Island, Ga.

Silverman admitted he couldn’t even remember where the PGA Tour played last week because of how much mental energy he had used up this past year.

“I was basically forcing myself each day to put every ounce of mental strength into it because after Sunday I knew I could just crash and let go. I was feeling completely exhausted,” he said.

Thanks to his recent results, he has moved up to sixth on the ranking of graduates from the Web.com Tour this year (from 49th), meaning there is a chance for him to get into even more tournaments next year.

He’ll play the first six events of the 2018 portion of the PGA Tour schedule with hopes of winning early and have the opportunity to take time off.

“A lot of hard work is starting to pay off,” he said. “I put together some good finishes and earned my way up to the PGA Tour the hard way.”

Silverman said his next big goal is to represent Canada at the 2020 Summer Olympics in Tokyo.

To do it, he’ll have to jump approximately another 100 spots in the World Golf Ranking to either match or pass Adam Hadwin, currently Canada’s highest-ranked male golfer at No. 55.

“It’s a long-term goal but there are a lot of little things to do in order to get there, like become a top-two player in Canada,” Silverman said. “Hopefully I can win one or two tournaments before 2019. Those things are in my head as a way to get to my ultimate goal.”

Silverman’s path to the PGA Tour was non-traditional, as he didn’t play golf seriously until he was 16. He was a high-level hockey player before, and he didn’t play on Golf Canada’s National Team like PGA Tour winners Mac Hughes and Hadwin.

But he knew what he wanted to do with his life, and said he put in lots of hard work to get where he is today.

“His journey to the PGA Tour exemplifies resilience and dedication and he should be extremely proud to have earned his place alongside the world’s best golfers,” Applebaum said. “It has been exciting to see that strong play carry over to his first few PGA Tour starts and no doubt Ben has positioned himself for success going forward.”

His first tournament back in action on the PGA Tour will be the Sony Open in Hawaii, January 11-14, 2018.