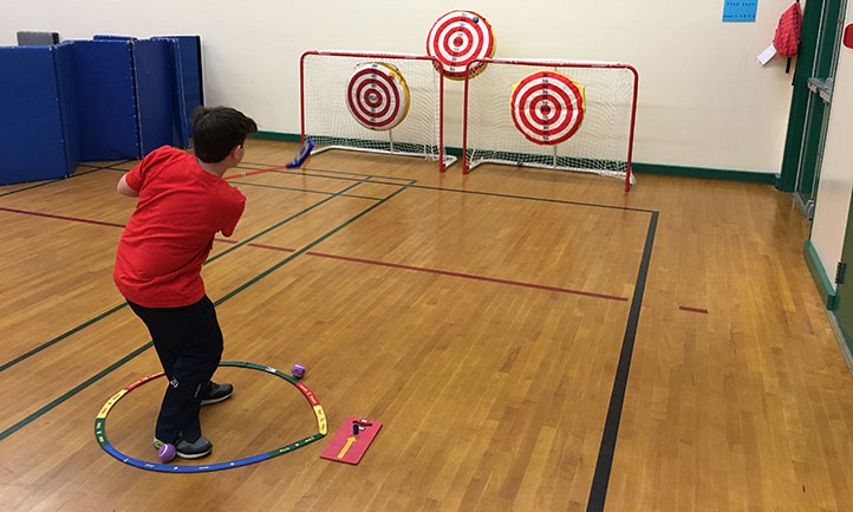 SOAR — Which Stands For Sharing Our Activities And Resources—Combines Curl BC's Capital One Rocks And Rings, British Columbia Golf’s Playground To Fairway And Tennis BC’s Tennis For Schools Programs, Bringing A Three-Day Snapshot To Elementary Schools Across The Province - All Images Courtesy SOAR

“Lemon!” came the resounding response from the excited group of eight year olds. “And right on what?” asked Blaseckie, holding up an oversized golf club to show its colour-coded grip to the class.“Raspberry!” they replied. “The grip is the hardest part of the game,” Blaseckie explained. “But you guys are experts now, so the rest is easy.”

Blaseckie, an avid curler out of the Archie Browning rink in Esquimalt, was in Duncan for three days at the end of March to lead the local SOAR delivery.

SOAR—which stands for Sharing Our Activities and Resources—combines Curl BC’s Capital One Rocks and Rings, British Columbia Golf’s Playground to Fairway and Tennis BC’s Tennis for Schools programs, bringing a three-day snapshot to elementary schools across the province.

The associations first partnered in 2012 to promote three sports that are rarely included in the Physical Education curriculum. 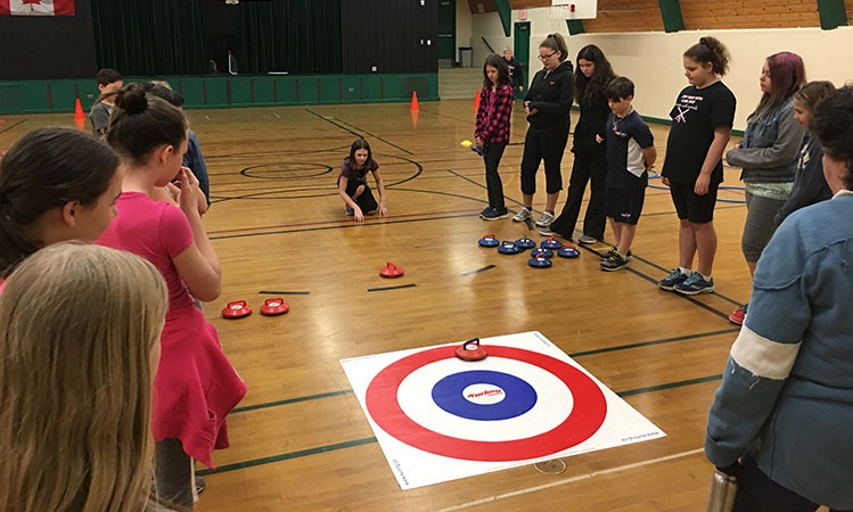 At a cost of approximately five dollars per child, the initiative offers elementary students unique exposure to the traditionally inaccessible sports. In fact, one of SOAR’s main objectives is to target aboriginal communities beyond the Lower Mainland that rarely receive supplemental programming.

“The goal is to introduce lifelong sports to parts of the province that don’t typically get these sorts of opportunities,” shares BC Golf’s Manager of Golf Participation, Matt Steinbach, who was on hand to assess the Duncan delivery.

“We’ve delivered across Vancouver Island, throughout Northern B.C., and in the Okanagan and Cariboo regions,” he explains. “We even visited a school in Haida Gwaii earlier this year, which would have been impossible without this sort of partnership.”

In total, the SOAR program has reached a staggering 9,826 kids at 86 different schools throughout its first four seasons. For Blaseckie the inspiration is simple: “The demographic for all of these sports is top-heavy; we need to start them younger.”

The results have been overwhelmingly successful, as proven at Alex Aitken. “Teachers have already been approaching me to ask if we can buy the equipment,” shared Principal Updesh Cheema.

The North Cowichan delivery was Steinbach’s first chance to see the moving parts in motion. “It was great to learn how the other sporting associations are developing fundamental skills,” he said, “—yet another way we are sharing resources.”

SOAR’s lofty goals extend beyond youth participation alone; teachers are also equipped with the knowledge and lesson plans needed to incorporate curling, golf and tennis into the regular P.E. rotation.

And Cheema identified yet another positive outcome, “The kids also take the message back home and spread an active lifestyle throughout the community,” she explained. “Learning isn’t always from parent to child. Kids can teach their parents to live healthier lives, too.” 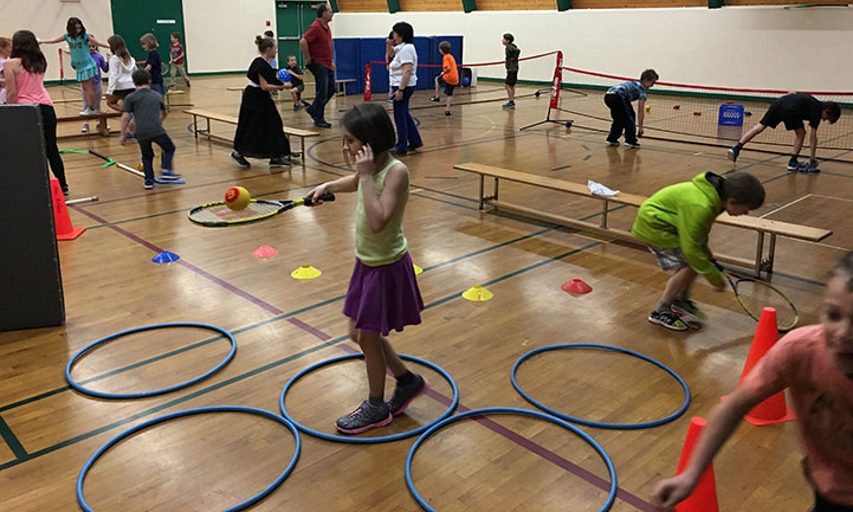 Steinbach believes that the next step is to build a stronger connection with each local sports community. “It makes bridging the gap a lot easier when kids show up at the golf course, tennis courts or curling rink already comfortable interacting with the staff.”

As the week wrapped up Blaseckie asked for a show of hands of students who would continue playing the three sports. The only grade four student to claim she didn’t like golf at the beginning of the week now shyly raised her hand, wearing her BC Golf hat for the second consecutive day.

“This was awesome,” raved one grade six student. “Can you guys come back every week?” And the lifestyle sports resonated with students of all athletic abilities. “It didn’t really matter what sport we played,” shared a group of grade seven girls, “we just liked learning something new.”

A few students hung back after the final lesson to shake their instructor’s hand and personally thank her for coming to Alex Aitken Elementary. “There’s nothing more gratifying,” said Blaseckie. “That’s what it’s all about.”