Tiger Woods Getting Strong Reviews In Return To Golf 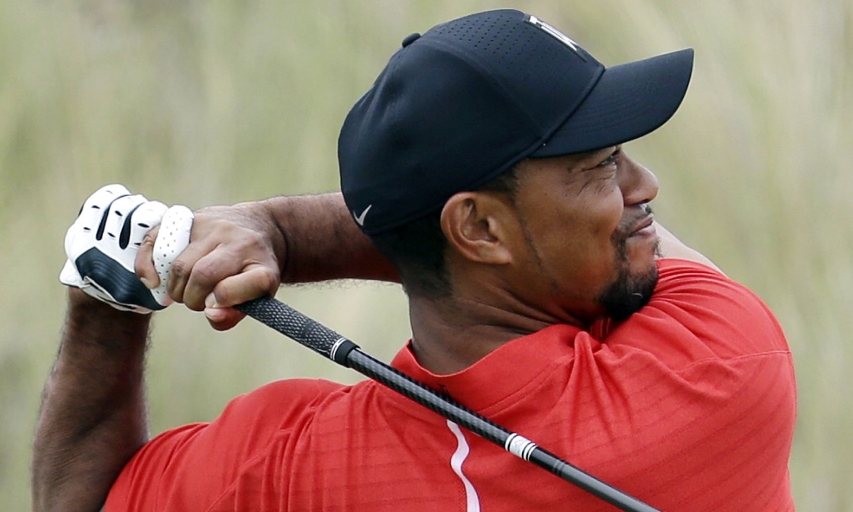 NASSAU, Bahamas (Doug Ferguson/AP) — All eyes are on Tiger Woods and his return to golf, even the players he has to beat.

Woods was on the back end of the practice range Monday at Albany Golf Club, hitting balls with Patrick Reed, when he looked up at a drone buzzing some 50 feet over him in the cloudy sky. He had no idea that Daniel Berger was at the controls.

Berger was on the front of the range, blocked by a row of bushes in the sand dunes. As the drone’s camera zoomed in, Dustin Johnson, Matt Kuchar, Kevin Kisner and their caddies crowded around Berger to look.

They cared more about his reaction to the drone than his swing.

But they are curious about his game.

And those who have played with Woods in recent weeks believe there is reason for the hype.

“People are going to be shocked at how good his game looks,” PGA champion Justin Thomas said.

Thomas will have the best seat in the house Thursday when Woods, who had fusion surgery on his lower back in April, plays for the first time in 10 months at the Hero World Challenge. Thomas, named the PGA Tour player of the year after winning five times and the FedEx Cup, is paired with him in the first round.

Thomas spends a fair bit of time with Woods at their Florida homes, and they played a few weeks ago.

The attention on Woods increased in recent days as more players joined him for casual rounds. Brad Faxon caused a stir when he played with Woods, Johnson and President Donald Trump on Friday.

“Tiger looked great to me,” Faxon wrote in a story for Golfweek . “I was impressed with how far he hit the ball. Probably on the 10 holes that they were both hitting driver, Tiger hit it past Dustin half the time and Dustin hit it past Tiger half the time. He looked great. I think more than anything, he looked at ease. He was not concerned about swinging hard and going at it with driver. The ball flight, the sound off the club, all of it was right there.”

Johnson is among the elite power players in the game. True story?

“He hit it by me a couple of times,” Johnson said. “Did I bomb one and he hit it past me? No. But he did it past me a few times. He was moving it, though.”

All this hype in the chill environment of the Bahamas should sound familiar. It was only last year when Woods returned after 15 months away from the game. He had gone through three back surgeries at that point, the first one right before the 2014 Masters, and Woods looked relatively normal, with freedom in his swing. He made 24 birdies, along with enough mistakes that he finished 14 shots out of the lead, in 15th place among an 18-man field.

Woods missed the cut at Torrey Pines two months later, flew to Dubai and managed one round — a 77 in calm conditions — before withdrawing with back spasms.

What appears to be different this time, at least from those who have played with him, is the absence of pain.

Patrick Reed played nine holes of practice with him Monday morning. He saw Woods do whatever he wanted with his swing and saw an assortment of shots — a stinger off the tee, a low draw, a high cut.

“He seemed to have command of not only the golf club, but his body,” Reed said.

It was the first time Reed had played with Woods since the opening round of the Hero World Challenge last year. The difference Reed noticed was that Woods looked more free and fluid in going after any shot.

“It looked like there was a little hesitation the last time I played with him,” Reed said. “This time, he was fully committed and fully trusted in his body. There was no pain. That’s the biggest thing for me. If he stays healthy, then he’ll be back playing golf, hopefully like he used to. I want to see it and I want to compete against it.”

Johnson said Friday’s round with Woods and the president was a big change from when the two played the opening two rounds at Torrey Pines together in January, when both missed the cut.

“His speed was back. He played a lot better than he did in San Diego, for sure,” Johnson said. “He’s healthy. To me, he looks strong. He’s swinging with speed instead of in San Diego. When I played with him there, he wasn’t swinging at it. You could tell he was hurt.”

The question is whether there is rust from having been gone from competition for so long.

Woods has played only three tournaments since August 2015. Three of the four times that he returned to competition dating to that first back surgery before the 2014 Masters, Woods lasted no more than three starts before taking more time off.