Tiger Gets Passing Grade In 1st Round In 10 Months 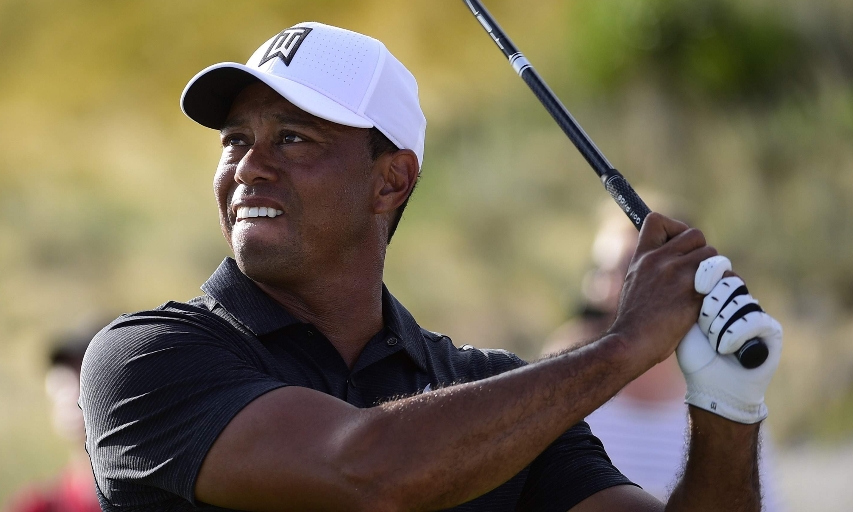 Woods returned to competition for the first time in 301 days, and just like his previous four comebacks from back surgeries, no one was quite sure what to expect. Matt Kuchar was among those who looked for Woods’ name whenever he passed a scoreboard at the Hero World Challenge.

“Absolutely, we wanted the Tiger Woods update,” Kuchar said Thursday. “I think everybody was excited and couldn’t wait to see how he would do.”

In his first tournament in 301 days — his first time competing since a fourth back surgery in April — Woods did fine. He made five birdies. He muffed two chips. He saved par. He twice dropped choice words. He once slammed his 6-iron into the turf after a poor tee shot.

It was enough for Woods to feel like he hadn’t been gone since Feb. 3.

“It was not only nice to get the first round out of the way, but also I’m only three shots out of the lead,” Woods said. “So to be able to put myself there after not playing for 10 months or so, it was nice to feel the adrenaline out there.”

Tommy Fleetwood shot a 6-under 66 for a one-shot lead. Woods was in a tie for eighth in the 18-man field at Albany Golf Club. It’s progress from last year, when he wasted a good start with a pair of double bogeys over the last three holes, shot 73 and was nine shots out of the lead.

The first round brought a mix of everything, most of it good.

OFF THE TEE: Woods played the opening round with Justin Thomas, the PGA Tour player of the year and one of golf’s big hitters. He was alongside most of the day, and occasionally past him. For a guy who turns 42 at the end of the month, and who has had four back surgeries since the spring of 2014, he hasn’t lost much power.

His only big miss was on the par-5 15th hole, so far right he hit a provisional in case he couldn’t find it. He found it, took a penalty drop and made bogey.

Woods said the driver and putter were the best two parts of his game.

ON THE GREEN: As for that putter, the biggest fist pump was on an 18-foot putt on the fourth hole to save par. Woods avoid another bogey on the par-5 11th by making a 10-foot putt, and he finished his round with a 6-foot par putt on the 18th.

He also made birdie putts of 12 feet, 15 feet and 25 feet. Most importantly, he missed only one putt inside 10 feet.

“I knew he was a great putter from the amount of putts I’ve seen him make on TV in the past,” said Thomas, who was 3 when Woods turned pro.

TIGER AND FRIENDS: The biggest difference from this comeback and last year in the Bahamas was preparation.

Woods felt strong enough that he said he played nine consecutive days with players who live near him in Florida — Thomas, Rickie Fowler, Daniel Berger and one round with Dustin Johnson, Brad Faxon and President Donald Trump.

“They really want to help me come back and play, especially playing with Rickie a few times,” Woods said. “I always had to ask him, ‘What are you hitting?’ Because I didn’t know how far I was hitting clubs. When I left the game, I was much shorter than Rickie. And next thing you know, I’m about the same length.”

CHIPPING: The one area that can be suspect for Woods is chipping, and there were a few glaring moments in the opening round. From below the green at No. 4 and at No. 9, Woods didn’t even reach the green.

Cause for alarm? Not necessarily. Because of Hurricane Irma, the grass at Albany is still not flush, leading to lies around the green that were tight and thin. It was tough on more than just Woods.

“It’s frustrating, because I have a hard time with into the grain, ball sitting down,” Woods said. “I have to hit the ball high. I’m used to using the bounce and hitting behind it a little bit and getting it up. But it’s so sticky that it’s really hard to do. I haven’t quite figured it out yet.”

NO BIG NUMBERS: Woods made 24 birdies when he played the Hero World Challenge last year and still finished 15th out of 18 players, 14 shots out of the lead.

One of his goals Thursday was to avoid big numbers, and he really only had one close call on the 15th hole when he had to take the penalty drop from the sand dunes.

“I just didn’t want to have holes like that where I could make bogeys or doubles or anything higher than that,” Woods said. “So there were a couple of times, yeah, I probably played a little bit safer than I normally would.”