Video: Think You Can Hit It Straight? How About 300 Yards Onto A Two-Yard Wide Fairway? 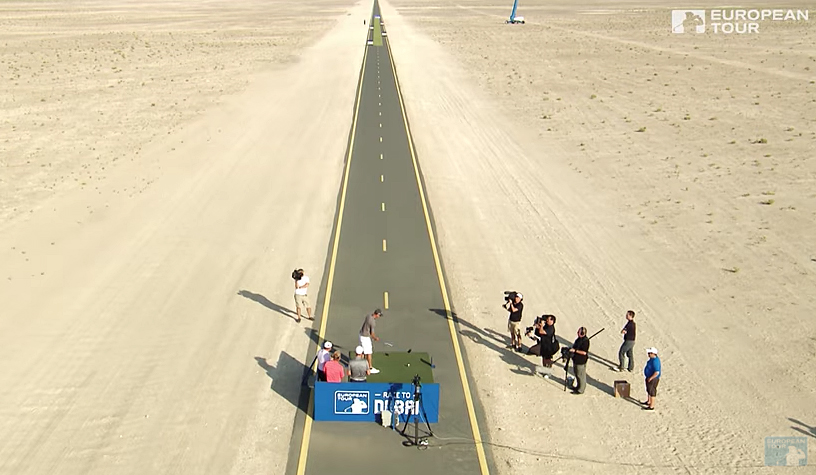 Once again the lads from the European Tour have given themselves a challenge and put it out there for the rest of us to marvel at.

Now, we know these guys, like their counterparts on the PGA TOUR and other professional circuits "Are Good"....but do you think one of them could land a ball some 300 yards away and keep it on the fairway...that's only 2 yards wide?

It is said that the widest fairway in golf is the first hole of the Old Course at St Andrews. But what is the narrowest? Might it be somewhere like Valderrama, perhaps Golf Club Milano, or possibly Crans-sur-Sierre?

Armed with just their drivers, Nicolas Colsaerts, Ross Fisher, Richie Ramsay and Søren Kjeldsen went into the Dubai desert for a test of driving like no other.

Filmed on location at the Al Qudra Cycle track ahead of the Race to Dubai finale at the DP World Tour Championship at Jumeirah Golf Estates, the eighth Rolex Series event in 2017, the four European Tour pros went into the Dubai desert for a test of driving like no other.