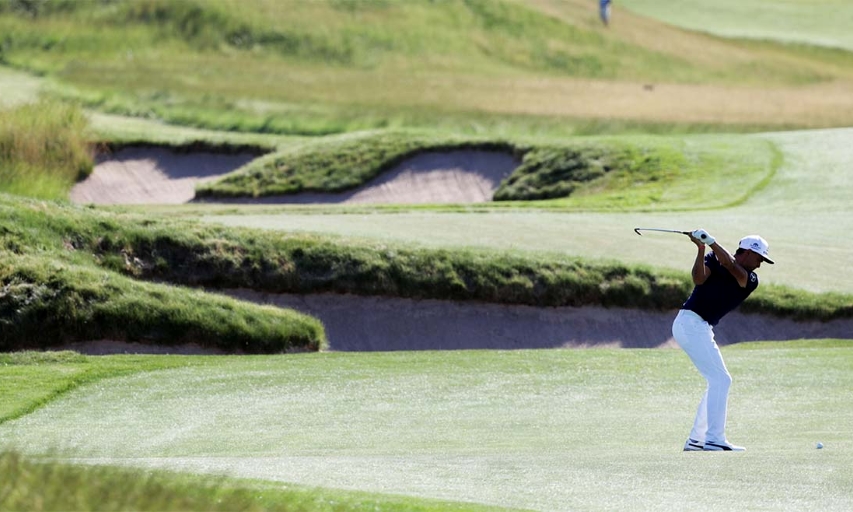 CHICAGO, Illinois — Grant Thornton LLP and the PGA TOUR have established dual five-year partnership agreements: one as a Proud Partner of THE PLAYERS Championship; and a second as an Official Marketing Partner of the PGA TOUR. In addition, Grant Thornton has signed a separate partnership with professional golfer Rickie Fowler, who won THE PLAYERS in 2015 and clinched another victory this past weekend at the Hero World Challenge.

The partnerships with the PGA TOUR and THE PLAYERS will provide Grant Thornton with premier positioning during THE PLAYERS telecast on the Golf Channel and NBC – alongside Morgan Stanley and Optum, as the three exclusive Proud Partners. Grant Thornton will have a broad presence on the course and through hospitality venues when the championship is held at TPC Sawgrass the week of May 7-13, 2018. The firm will extend the partnership nationally at select PGA TOUR events.

“Grant Thornton is the kind of acclaimed organization that aligns with the vision and values of the PGA TOUR and THE PLAYERS Championship,” said PGA TOUR Commissioner Jay Monahan. “Moreover, as a Proud Partner of THE PLAYERS, Grant Thornton will help support the continued growth and charitable impact of the event as we strive to present a showcase of excellence for players, guests and fans from around the world.”

Grant Thornton has also signed a partnership with Rickie Fowler, the seventh-ranked golfer in the world.

Fowler, who is known for his thoughtful and innovative approach on and off the course, will be sporting Grant Thornton’s logo on his right chest in all competitive rounds on the PGA TOUR, and in other professional appearances – beginning in 2018. He is scheduled to appear in the firm’s national advertising campaign next year.

“Rickie Fowler is one of the most respected and transformational athletes in the world today, not to mention the game of golf,” said Mike McGuire, chief executive officer of Grant Thornton LLP. “Nobody is better at challenging convention and being transformational.”

According to John Harmeling, chief marketing officer at Grant Thornton: “In chorus with our sponsorships of the PGA TOUR and THE PLAYERS Championship, Rickie is a perfect fit for our ‘Status Go’ brand positioning – challenging the status quo in a forward-thinking, modern, and difference-making way.”

Fowler echoes this sentiment, saying that “Grant Thornton is a leader in professional services; I’m really drawn to the firm’s ‘Status Go’ approach. It lets them work for clients in an unexpected way to solve problems, stand out and win.”

For more information on Grant Thornton and its three golf partnerships, visit www.grantthornton.com

About THE PLAYERS Championship
THE PLAYERS Championship annually combines the best field in golf with the world-class venue that is THE PLAYERS Stadium Course at TPC Sawgrass. Morgan Stanley, Optum and Grant Thornton are the exclusive Proud Partners of THE PLAYERS for 2018. Proceeds from THE PLAYERS benefit Northeast Florida charities and have totaled more than $92 million since the event moved to Ponte Vedra Beach in 1977, including a record $8.7 million generated in 2017. In April 2011, THE PLAYERS announced a new charitable focus, committing to generate $50 million for youth-related charities over 10 years. For more on THE PLAYERS and the surrounding area, visit THEPLAYERS.com or floridashistoriccoast.com. Ticket options are available at 844-868-7465.

The PGA TOUR co-sanctions more than 130 tournaments on the PGA TOUR, PGA TOUR Champions, Web.com Tour, PGA TOUR Latinoamérica, Mackenzie Tour-PGA TOUR Canada and PGA TOUR-China. Members on the PGA TOUR represent the world’s best players, hailing from 25 countries (84 members are from outside the United States). Worldwide, PGA TOUR tournaments are broadcast to more than 1.1 billion households in 227 countries and territories in 23 languages. Virtually all tournaments are organized as non-profit organizations in order to maximize charitable giving. In 2016, tournaments across all Tours generated a record of more than $166 million for local and national charitable organizations, bringing the all-time total to $2.46 billion.

The PGA TOUR's web site is PGATOUR.COM, the No. 1 site in golf, and the organization is headquartered in Ponte Vedra Beach, Fla.