Frittelli, Snedeker Among Those In Final Push For Masters 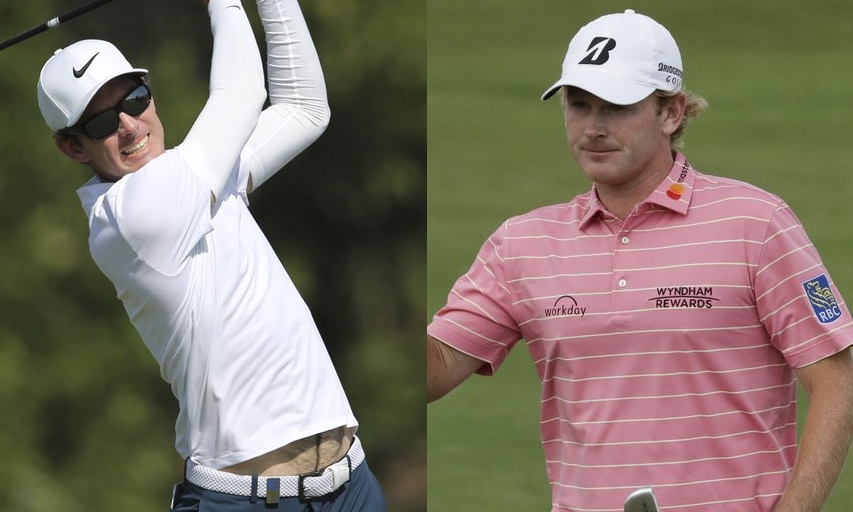 NASSAU, Bahamas (Doug Ferguson/AP) — Tournaments in two countries last week might have gone a long way toward who finishes in the top 50 of the world ranking at the end of the year and gets into the Masters.

Dylan Frittelli, the South African who holed the winning putt for Texas when it won the NCAA title in 2012, defeated Arjun Atwal in a playoff in the Mauritius Open and moved to No. 55 in the world. Frittelli is playing the Joburg Open this week, the final event of the calendar year on the European Tour. He also is entered in the Indonesia Masters next week on the Asian Tour.

In the final event on the Japan Golf Tour, Sotoshi Kodaira closed with a 67 to tie for 21st. Only the top 22 received world ranking points, so it was a big finish for Kodaira because that allowed him to move up four spots to No. 49. Yusaki Miyazato won the tournament and moved up 16 spots to No. 58. Both Japanese players are entered in the Indonesia Masters next week.

And they will have company.

Brandt Snedeker missed five months with an injury to his sternum and slipped 15 spots to No. 47 before he returned for the PGA Tour’s last official event of the year at Sea Island. He shot 70-70 on the weekend and tied for 29th. Snedeker fell to No. 50 this week and will keep losing ground.

But the American has entered the Indonesia Masters, the last event of the year that offers world ranking points. The field will get a tiny bump because Justin Rose (No. 6 in the world) has decided to play. That would be Snedeker’s last chance to try to crack the top 50.

Players still have until March 25 to get into the top 50 and earn a spot in the Masters, but it would help to have that taken care of going into the new year.

Also playing in Indonesia is Kiradech Aphibarnrat of Thailand, who is No. 60.

Among those not playing is Ian Poulter, who is No. 52. Poulter did not play two weeks ago in the Hong Kong Open, where he is a past champion. He said in a text message it has been a long year and he needs time off, but that “I will make the top 50 before the Masters I promise.”

Bill Haas also is outside the top 50. He has not missed the Masters since 2009.

A year ago, 12 players not already eligible for the Masters finished the year in the top 50 to earn invitations. That number will be smaller this year. Players who are assured of finishing in the top 50 are Tyrrell Hatton, Alex Noren, Matt Fitzpatrick, Branden Grace, Ross Fisher, Yuta Ikeda and Bernd Wiesberger.

Among those who will have to earn their invitations in the spring is Lee Westwood, who is No. 66 and not playing the rest of the year. Westwood has been eligible for every major since he missed the 2006 U.S. Open at Winged Foot. The last time Westwood failed to qualify for the Masters was 2004.

JORDAN’S JACKET: Jordan Spieth doesn’t know his jacket size. He only knows one of the jackets he owns — a green one — is too big.

“I never got it tailored, so it’s huge,” Spieth said of his green jacket from winning the 2015 Masters. “I never trusted anybody, never wanted anyone to go do it. I didn’t give them my size originally. I wore the one off the green that day, and I never gave it back to them to tailor or anything. I should now.”

Asked for his jacket size, Spieth wasn’t sure, only that it was somewhere around a 40.

There’s a reason he doesn’t know. Spieth doesn’t own a lot of jackets. He did get a couple of them before the Presidents Cup, and he put it on the tab of Justin Thomas.

“I bought two suits on Justin’s Polo account ... and that’s the only nice clothes that I’ve ever bought,” Spieth said. “I bought two suits and the shoes and sweaters and whatnot because he got a discount. So I got some really nice stuff.”

What did Thomas get out of the deal?

“I asked him if he wanted any underwear in return or something,” Spieth said with a smile.

One of his top sponsors is Under Armour.

TOUR SWITCH: The European Tour has tapped into the PGA Tour to find its latest executive to oversee television production.

Nichol’s decision stemmed from a chance meeting with European Tour chief executive Keith Pelley during the World Golf Hall of Fame induction in New York in late September. Both are Canadians. Nichol’s first job in the late 1980s was at TSN in Toronto, where he was an assignment editor and Pelley was the producer.

Nichol was not looking to leave the PGA Tour, though the move became attractive when the PGA Tour decided not to opt out of its television contracts and consider the possibility of its own network. Nichol had been involved in potential models.

AILING KOEPKA: Brooks Koepka won the Dunlop Phoenix in Japan by nine shots, and then returned home for Thanksgiving and to get ready for the Hero World Challenge. Somewhere along the way, the U.S. Open champion felt soreness in his left wrist.

“I have some wrist issues,” Koepka said in the Bahamas. “I want to figure that out. I can’t grip anything strong with my left hand.”

Koepka said he first felt some tightness on Saturday before going over to Albany Golf Club. He has the next month to let it heal or figure out if anything is wrong before starting the new year in Kapalua at the Sentry Tournament of Champions.

TRAVELING MAN: A year ago, Justin Rose withdrew after the first round of the Hero World Challenge with a nagging back injury. This year, he’s stronger than ever, and he has the airline miles to prove it.

Rose won the HSBC Champions in Shanghai and then went straight to the Turkish Airlines Open. He came home to the Bahamas for one week before returning to Dubai for the DP World Tour Championship. Then he went to Hong Kong before going back to the Bahamas for the Hero World Challenge. After a week at home with friends, Rose is off to Jakarta for the Indonesia Masters.

DIVOTS: Sony Corp. has agreed to extend its title sponsorship of the Sony Open another four years through 2022. Sony took over as title sponsor in 1999. The tournament has been held at Waialae Country Club down from Waikiki Beach since 1965. ... Ian Poulter missed the cut at the Valero Texas Open and thought he had lost his full PGA Tour card until he was spared by a technical oversight in tour regulations. Since then, he has made the cut in 19 consecutive tournaments worldwide to finish out the year. ... Scott Reid, formerly tournament director of the RSM Classic, will be the tournament director for the 2019 PGA Championship at Bethpage Black. ... The World Cup returns to Melbourne next fall, only this time it will be headed to Metropolitan Golf Club. Metropolitan held the Match Play Championship in 2001 won by Steve Stricker.

STAT OF THE WEEK: Dustin Johnson will become only the third American to finish the year at No. 1 since the world ranking began in 1986.

FINAL WORD: “You can’t go through a career without some heartache.” — Justin Rose.