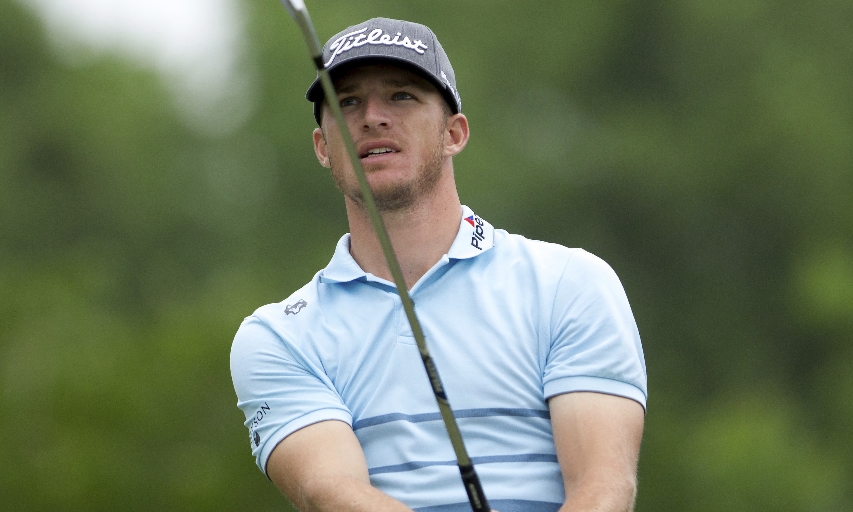 Morgan Hoffmann Revealed That He Has Been Diagnosed With Muscular Dystrophy That Already Has Cost Him His Right Pectoral Muscle. (AP Photo/Scott Threlkeld, File)

In a story Hoffmann wrote for The Players’ Tribune website, he says he started to notice his right pectoral deteriorating about five years ago. He saw more than 25 doctors as his weakness progressed and his swing speed decreased.

He says he was diagnosed in November 2016.

“Even though the type of muscular dystrophy that I have doesn’t pose an immediate threat to my life, there is a good chance that it will shorten it,” Hoffman wrote. “I don’t know when that will happen, because there’s no way to gauge the speed at which the disease will spread. But please know this: This disease won’t keep me from achieving my dream of winning on the PGA Tour — and it shouldn’t keep anyone else from chasing their dreams either.”

Hoffmann kept his PGA Tour card and made it through two rounds of the FedEx Cup playoffs last season, finishing at No. 81 in the FedEx Cup. He has yet to win in his five years on the PGA Tour, though he was a runner-up behind former Oklahoma State teammate Rickie Fowler in the Honda Classic last season.

Hoffmann grew up in New Jersey and played at Oklahoma State with Fowler, Kevin Tway and Peter Uihlein, who all are on the PGA Tour.

He said the characteristics of his type of muscular dystrophy — facioscapulohumeral — are atrophy of the chest, back, neck, arms and sometimes the legs.

“Each case is different, and some muscles degenerate more quickly than others,” Hoffmann wrote. “As of now, the disease has progressed slowly — only the right and a minimal amount of the left pec have deteriorated since I first started noticing an issue six years ago. Doctors are searching for a cure, conducting stem cell research and experimenting with growth hormone treatments.

“I’m hopeful that they are on the right track.”

Hoffman says he plans to start raising money and awareness of muscular dystrophy. That includes a charity golf event at his home course, Arcola Country Club in Paramus, New Jersey.