Rory McIlroy To Play In The 2018 Genesis Open 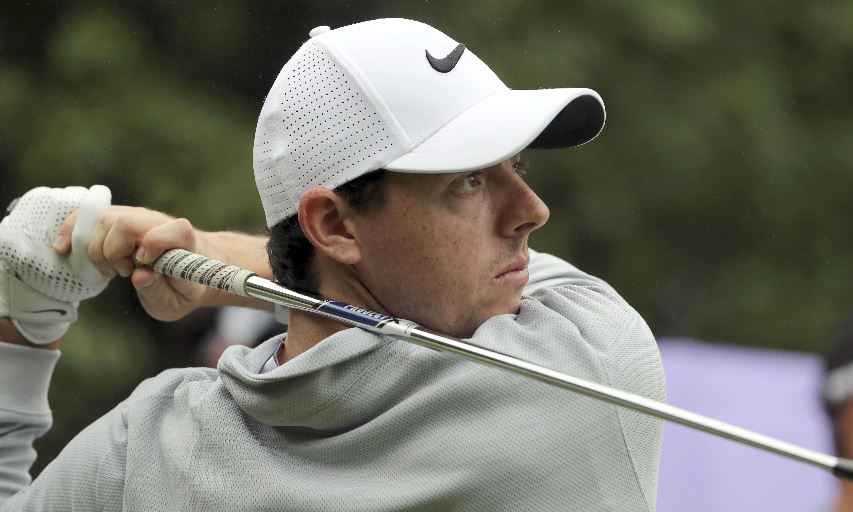 Tickets For The February 12-18, 2018, PGA TOUR Event At The Riviera Country Club Are On Sale Now At GenesisOpen.com. (AP Photo/Ng Han Guan, File)

LOS ANGELES, California — Four-time major champion Rory McIlroy announced today he is committed to play in the 2018 Genesis Open. McIlroy will join the world's best golfers at The Rivera Country Club February 12-18. The 2018 Genesis Open will be McIlroy's second competitive tournament at Riviera, having first played in 2016.

"I'm excited to return to Riviera for the 2018 Genesis Open," McIlroy said. "Riviera is one of the best tests on the PGA TOUR and I'm looking forward to being back in Los Angeles this February."

Currently the No. 10 ranked golfer in the world, McIlroy represents the incredible field that has become expected at Riviera. The former top ranked player in the world has 13 PGA TOUR victories, is a four-time European Ryder Cup Team member and claimed the 2016 FedExCup, winning two legs of the FedExCup Playoffs to earn the season-long title.

"We're thrilled to welcome Rory back to Riviera for the Genesis Open. Adding his star power to our field is a real treat for our fans and the entire Los Angeles area," said Mike Antolini, Vice President of Championships for TGR Live. "His commitment reinforces the Genesis Open as one of the most popular tournaments on the PGA TOUR."

McIlroy joins defending champ and world No. 1 Dustin Johnson as early commitments to play in the 2018 Genesis Open.

Tickets for the 2018 Genesis Open are now on sale. Starting at just $17, all ticket options are available at GenesisOpen.com/tickets.

About the Genesis Open
The Genesis Open, L.A.'s PGA TOUR event, is bringing the next chapter in championship golf to The Riviera Country Club February 12 - 18, 2018. One of the most historic and longest-running events on the PGA TOUR, the tournament celebrated its 91st playing in 2017 as Dustin Johnson won the event and, in doing so, claimed the No. 1 world ranking. With TGR Live serving as the event management company for the Genesis Open, the Tiger Woods Foundation is the primary benefiting charity, with proceeds from the event supporting the foundation's college-access programs in Southern California. The tournament is title-sponsored by Genesis, a global luxury car brand that delivers the highest standards of performance, design and innovation in its vehicles. For more information, visit GenesisOpen.com and follow the tournament on Facebook, Twitter and Instagram @GenesisOpen.

About TGR Live
For 20 years, TGR Live has exclusively organized and managed fundraising events supporting the Tiger Woods Foundation. It focuses solely on creating amazing experiences for the foundation's clients at world-class events. TGR Live provides a variety of services including hospitality management, public relations and marketing, tournament operations, and sponsor sales at three PGA TOUR events and two signature events which benefit the foundation. While many TGR Live events are televised, TGR Live does not provide TV or video production. For more information, visit TGRLive.com or follow us on Facebook, Twitter and Instagram @TGRLiveEvents.

About the Tiger Woods Foundation
For over 20 years, the Tiger Woods Foundation has been an unwavering advocate for the transformative power of education. We have humble beginnings and a universal vision: give students in need the right resources to ensure lifelong success in school, their communities and the working world. Through our award-winning STEM curricula, college-access programs and teacher professional development, we offer underserved students the tools and support needed to thrive in school and beyond. The TGR Learning Lab unleashes the full capacity of students, preparing them for today's jobs and the ones that don't exist yet. Serving students in grades 5-12 in Anaheim, Philadelphia, Washington, D.C. and Stuart, FL, our unique culture fosters the development of the whole person while providing critical STEM skills and college prep. With one of the highest graduation rates among scholar programs in the US, the Earl Woods Scholar Program currently has 196 students attending universities nationwide. And we recently embarked on an ambitious expansion plan, bringing our unique philosophy and educational curriculum to millions of teachers and students around the world. Find more information at tigerwoodsfoundation.org or follow us on Facebook, Twitter and Instagram.

About Genesis Motor America
Genesis Motor America, headquartered in Fountain Valley, Calif., distributes, markets and services Genesis vehicles in the United States. Genesis is a global luxury automotive brand that delivers the highest standards of performance, design and innovation. A total of six new Genesis models will launch by 2021 and will compete with the world's most renowned luxury car brands. All Genesis vehicles sold in the U.S. are covered by an industry-leading warranty with enhanced roadside assistance and concierge services.