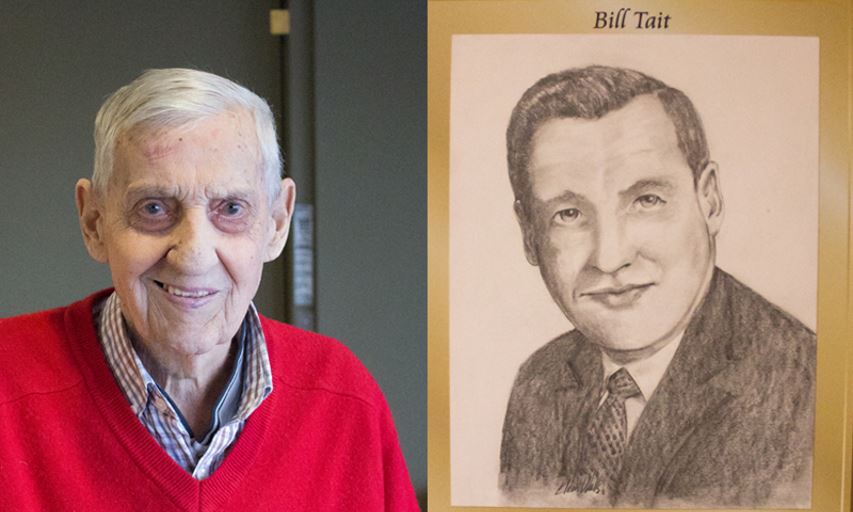 Bill was born in the Elbow Park community of Calgary on March 3, 1922. Following his graduation from Western Canada High School, like many people his age, he joined the Canadian Armed Forces to serve in WWII. During his military service Bill was stationed in England, Belgium, France and The Netherlands before crossing the Rhine in 1945.

Upon returning to Calgary he joined his father C.E. Tait in the insurance brokerage business. He and his business partner George Morrison later formed Morrison & Tait Insurance Agency, which was eventually acquired by a large national firm.

A life-long member of the Calgary Golf & Country Club, Bill holds the rare distinction of having eagled every hole on the golf course over the span of the eighty plus years he played at the club.

Bill was also active in the Calgary business community; he served as the President of the Downtown Calgary Rotary Club and was a past director of the Calgary Foundation.

Bill is survived by his wife of 68 years Valerie; his children, Peter, Barbara, Gordon and Carolynn and grandsons Kevin and Ryan Wisener. At his request, a private funeral service was held and a celebration of Bill’s life will be held at a later date. Condolences may be forwarded through www.mhfh.com. In lieu of flowers, for those wishing to make a donation please do so to the charity of their choice. In living memory of Bill Tait, a tree will be planted at Fish Creek Provincial Park.