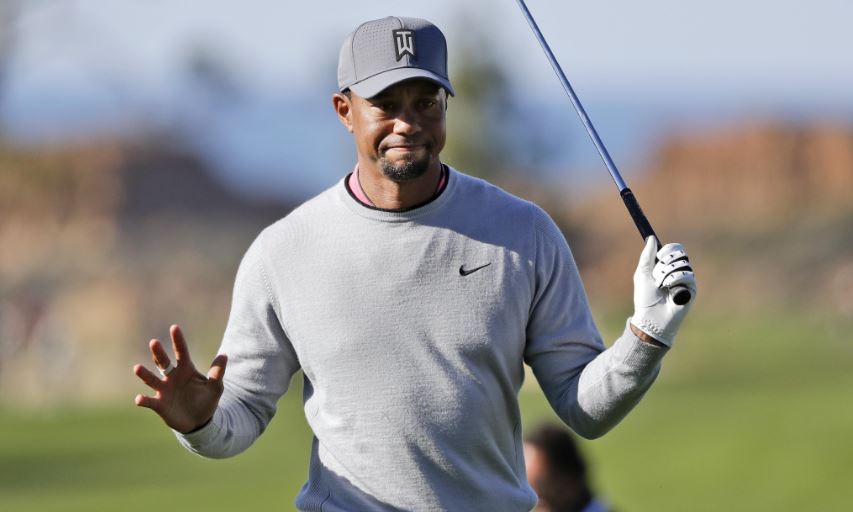 Tiger Woods Begins Another Comeback On the PGA Tour From Back Surgery. (AP Photo/Gregory Bull, File)

KAPALUA, Hawaii (Doug Ferguson/AP) — Tiger Woods is playing twice in California over the next six weeks as he begins another comeback on the PGA Tour from back surgery.

Woods announced he will play the Farmers Insurance Open on Jan. 25 at Torrey Pines, the San Diego course where he has won eight times. That includes the 2008 U.S. Open, his 14th and most recent major.

He also says he will play the Genesis Open at Riviera in Los Angeles that starts Feb. 15. Riviera is where Woods played his first PGA Tour event as a 16-year-old amateur. He last played in 2006, though it now is back in play because the Tiger Woods Foundation runs the tournament.

“I’m very excited to be back at Riviera,” Woods said. “To be able to play in an event that I used to come to as an amateur, as a junior and now as the tournament host, that is on one of the most historic sites in all of golf, it’s a dream come true.”

The schedule is similar to the one last year when Woods was returning from back surgery. It just didn’t last long.

He played in the Bahamas against an 18-man field with no cut, said he was feeling good about his health and his game, and then resumed a PGA Tour schedule at Torrey Pines. But he missed the 36-hole cut for the first time in San Diego, flew to Dubai and withdrew after opening with a 77 because of back spasms.

Two months later, Woods had fusion surgery on his lower back — his fourth back surgery in three years — and was out the rest of the year until he returned at the Hero World Challenge in the Bahamas and tied for ninth, 10 shots out of the lead.

Different about this return was that Woods was hitting with power, at times hitting it past Justin Thomas and Henrik Stenson, and he played several practice rounds before the Bahamas with Thomas, Rickie Fowler, Daniel Berger and Dustin Johnson. All of them remarked that he looked much fitter, healthier and happier.

The PGA Tour figures to get an even bigger boost.

“With Tiger, we just don’t exactly know what it’s going to bring. But I think because of the way that the Hero went and the confidence that he’s talking with, the place that he’s at in life right now, I think he’s in the best position he’s been in in a few years to come back and be a regular out here competing.”

Woods did not mention any other events he might play. He is No. 656 in the world ranking and not eligible for the two World Golf Championships in March, key tournaments leading into the Masters.

Woods has 79 career victories on the PGA Tour, the most recent at the Bridgestone Invitational in 2013. He needs four more to break the record held by Sam Snead.