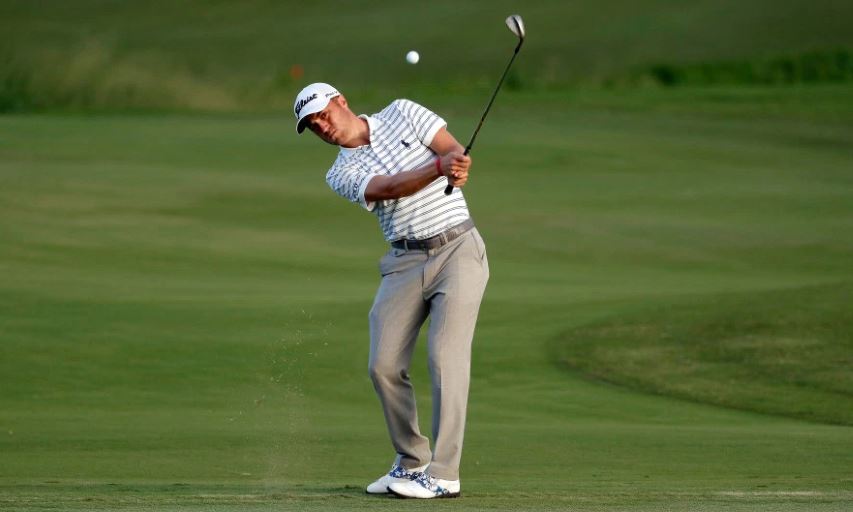 Defending Champion Justin Thomas Chips Onto The 18th Green During The First Round Of The Tournament Of Champions. (AP Photo/Matt York)

KAPALUA, Hawaii (AP) — PGA champion Justin Thomas is using a television on-course reporter to caddie for him in Honolulu while his regular caddie recovers from a foot injury.

But not just any TV reporter.

He said he'll be using Jim "Bones" Mackay at the Sony Open. Mackay spent 25 years with Phil Mickelson until they parted ways last summer. Mackay now works for NBC and Golf Channel walking the course. He was with the Dustin Johnson pairing at Kapalua.

Jimmy Johnson has been dealing with plantar fasciitis and a tear for the last few months. He was in a boot for 10 days before arriving at Kapalua, but the severe terrain has taken a toll. He likely will be in a protective boot for at least a month. Thomas' father, Mike, caddied for his son.