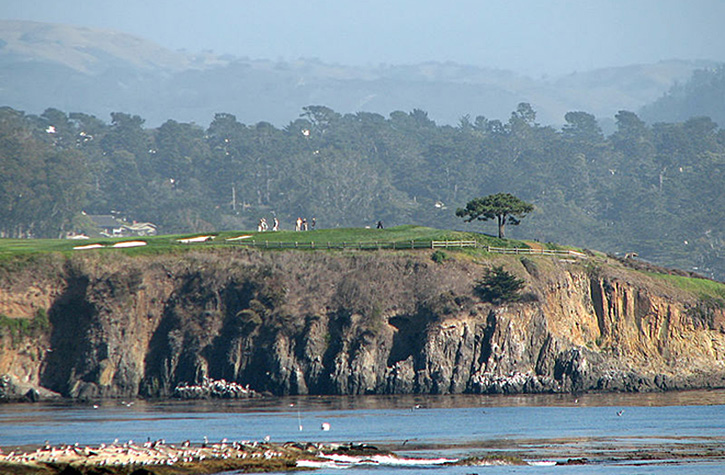 The 6th Hole At Pebble Beach, A Place Known To Many Golf Fans As Heaven On Earth - Image Courtesy Wikimedia Commons

Google ‘Mesa to Pebble Beach driving time’ and you’ll see that you have to travel 711.2 miles in 11 hours and 14 minutes to do the trip. In reality, after a missed turn or two, plus traffic, it worked out to 1,290 kilometres in 19 hours, which included time pulled over to shop, sleep and eat.

Only a madman would do this for the fourth year in a row, but once you enter 17 Mile Drive and the paradise that is the Monterey Peninsula, you realize it’s all worth it.

It’s a beautiful sunny Tuesday at the AT&T Pebble Beach Pro-Am and this has already happened:

Alfie Lau has been a contributor to Inside Golf for several years and is making his annual pilgrimage down the coast for the PGA TOUR's West Coast Swing. He can be reached at www.twitter.com/AlfieLau