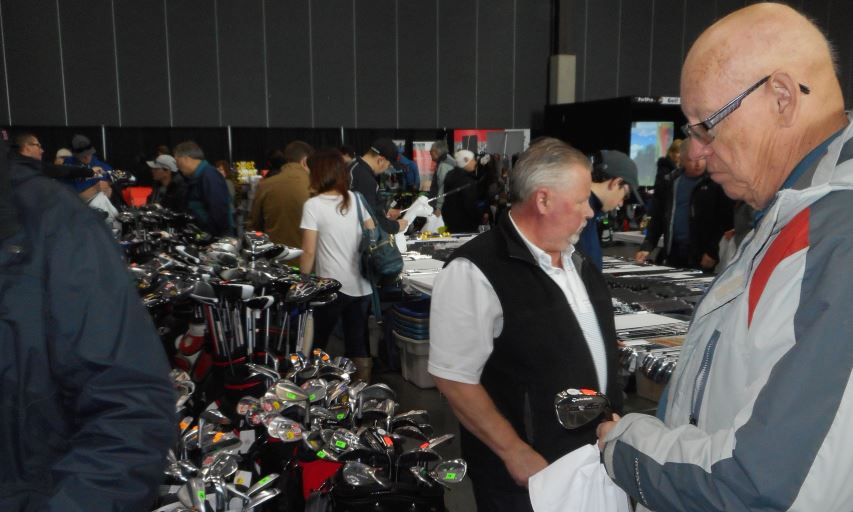 The Busiest Place At Both Golf Shows, On Both Days, Is Always The Clearance Centre, Where People Go Looking For Great Deals On Last Year's Merchandise. (Photo/Gord Montgomery)

EDMONTON, Alberta (Gord Montgomery/iG) — If you’re sick and tired of the cold wind, snow, and icy roads, then there’s good news on the horizon … and not just the fact that the weather seems to be finally warming up. While that fact is high on everyone’s list of positives, the most exciting thing coming down the line in the next little while is the annual PGA of Alberta Consumer Golf Shows in Edmonton and Calgary.

As always, the Edmonton show has the honours of teeing things up first when manufacturers,  courses and resorts show off what they have to offer the golfing public, on March 10 and 11. The Calgary show follows two weeks later.

For those that haven’t been to this event before, or even for those that have, here’s a list of five of the top reasons you should take a break from shovelling your sidewalk/driveway and one, or both, of these golf shows. 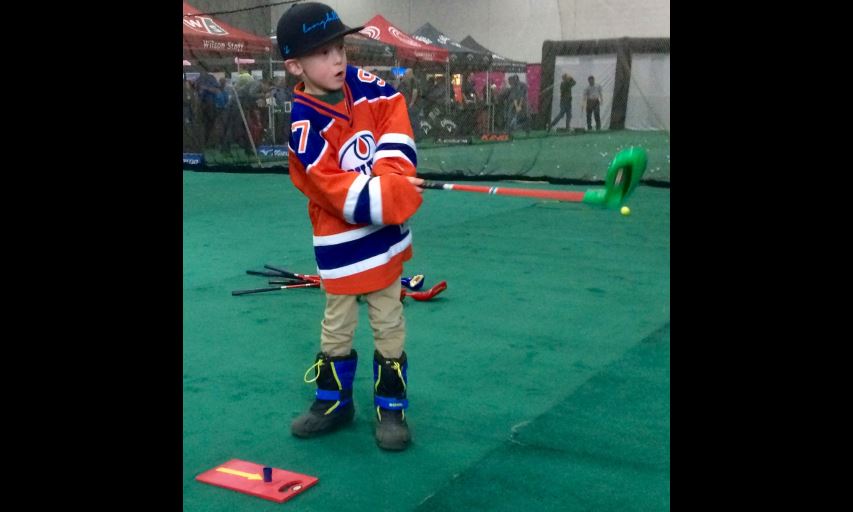 If You're Worried About Keeping The Kids Busy While You Scope Out The Great Deals From Courses And Resorts At The Upcoming Golf Shows, Don't Stress: There's Plenty Of Activities For The Kids To Keep Them Busy During The Day. (Photo/Gord Montgomery)

Oh, and one last thing — the first 50 paid people through the door each day at each show will receive a free Canada Golf Card.

So, for those reasons and others, it’s a great idea to show up at one of the shows and start to once again think about golf because the season really isn’t all that far away … no matter how much snow you may have had to shovel today!