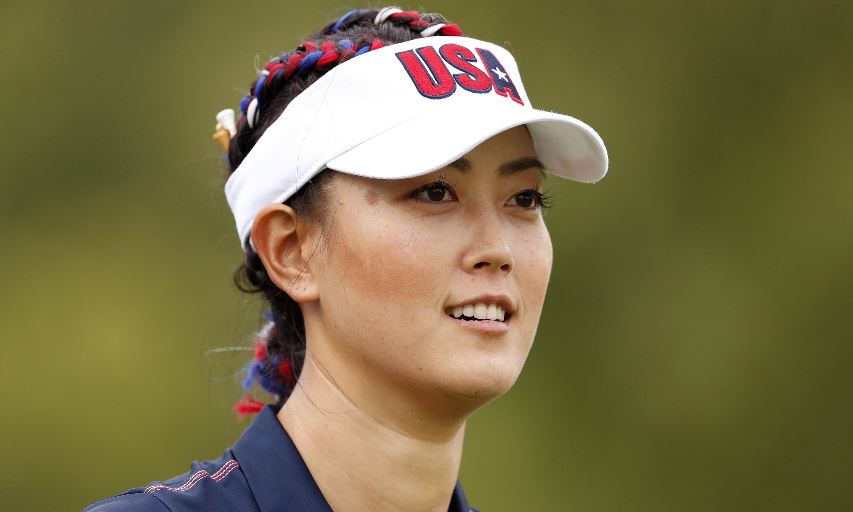 Michelle Wie Sunk A Lengthy Putt From Off The Green On The Final Hole To Win The LPGA’s Women’s World Championship By One Stroke. (AP Photo/Charlie Neibergall, File)

SINGAPORE (AP with files from Golf Canada) — Brooke Henderson closed out another strong performance with a bogey-free 67 on Sunday to share 2nd place at the Women’s World Championship.

Sunday marked the second-straight bogey-free round for the Smiths Falls, Ont., product, who notched her third top-10 performance in four events this LPGA season.

Henderson birdied four of her first eight holes to move up the leaderboard but could not get another birdie putt to drop in until the final hole when it was too late for her to catch the champion Michelle Wie.

Wie holed a 36-foot putt from off the green on the final hole to win the Women’s World Championship by one stroke on Sunday and capture her first LPGA tournament since the 2014 U.S. Women’s Open.

With four players in contention to win on the last hole, Wie managed to separate herself from the pack when she drained her lengthy birdie putt on the 72nd hole at the Sentosa Golf Club for a final round of 7-under 65 to finish at 17-under 271.

The 28-year-old Wie, who led the tournament after three rounds a year ago before fading on the last day, leaped into the air and clenched her fist in celebration as the ball disappeared into the bottom of the cup.

But she still faced an anxious wait before being declared the champion.

“Winning is everything. I mean, there is no better feeling than when you think you sink that winning putt. It’s a high, for sure,” Wie said.

Third-round leader Nelly Korda parred her last 8 holes in a row. The 19-year-old, who only joined the LPGA Tour last year, hit a superb approach into the 18th to set up a birdie opportunity that would have forced a playoff but missed her 8-foot putt and settled for a final-round 71.

“I had a bunch of putts that were really close and a lot of them lipped and burned edges. It definitely hurts, but that’s golf,” Korda said.

Danielle Kang, last year’s Singapore winner, parred her last 14 holes and was unable to drain a longer birdie putt on the last to miss out on a playoff as she closed with a 70. Korda and Kang finished in a four-way tie for second at 16-under, alongside Jenny Shin (65) and Brooke Henderson (67).

“I couldn’t capitalize on those holes, which was kind of disappointing,” Kang said. “But other than that, struck the ball well and I hung in there. So she (Wie) dropped the bomb on the last. I heard it from a hole back.”

Shin held the outright lead when she teed off at the last after reeling off eight birdies between the sixth and 16th holes, but she dropped back to 16-under when she made her only bogey of the day on the final hole.

“The nerves got me, maybe,” Shin said. “Not sure if I would have made that mistake on many other holes. Oh, well.”

Plagued by injuries since capturing her first major at Pinehurst, North Carolina in 2014, Wie started Sunday’s final round five strokes off the pace and needing to shoot low after Sei Young Kim set the bar high, flirting with a 59 before settling for a course record of 10-under 62.

Wie made a strong start with three birdies on the front nine then added three more in her first five holes after the turn before saving her best for last when the pressure was at its most suffocating.

“It’s been a tough journey since 2014. I think it’s been kind of well documented. You know, I’ve had some injuries, had a really bad year, just lost a lot of confidence,” Wie said.

“But I’m just really proud of myself for pulling myself out of it. I felt like I had a good year last year, a year where I built confidence, and I just want to keep building confidence from there.”

Hamilton, Ont., native Alena Sharp carded a final-round 76 to finish the tournament at 8 over par in a tie for 60th.