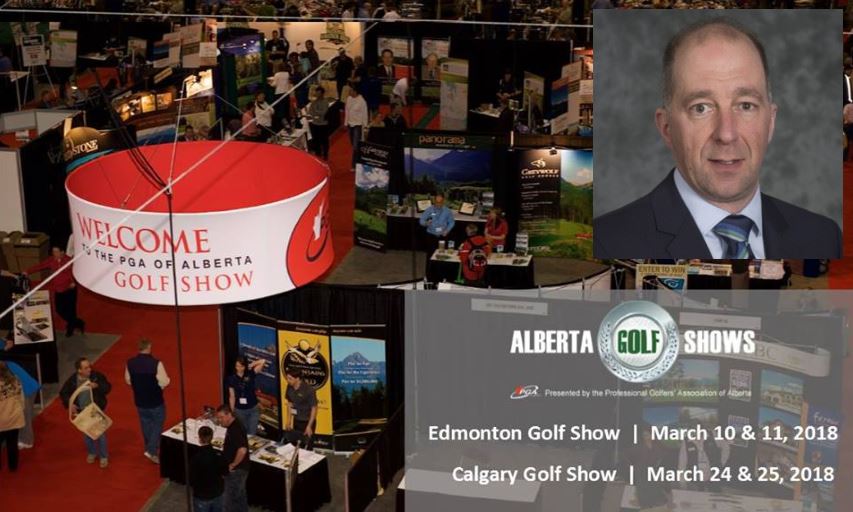 Robert Rousselle, The Executive Director Of The PGA Of Alberta Says Despite Some Attendance Declines At The Edmonton Show Over The Past Few Years, The Annual Event Is Here To Stay. (Facebook.com/PGAofAlberta)

EDMONTON, Alberta (Gord Montgomery/iG) — Despite a lower than hoped-for attendance at one of this year’s PGA of Alberta Consumer Golf Show, the association’s executive director, Robert Rousselle, says the annual shows in Edmonton and Calgary are here to stay. And they’re here for a good reason.

“They get people excited about golf,” the Alberta PGA’s head honcho stated about why he sees these shows remaining on the yearly calendar regardless of how many vendors, or curious folks, wander through the doors. “To me, it’s important. If you pull it out it leaves a big hole.”

The reason the shows’ life expectancy came into question was due to the less than stellar numbers at the Edmonton show, which ran March 11 - 12. There were eight fewer vendors than attended the 2017 show and Saturday’s public turnout was said to be down about 15 per cent from the previous year although that was offset by a decent crowd on Sunday.

“The shows for us are extremely valuable,” Rousselle pointed out in a sit-down with Inside Golf. “They kick off the season, excite the golfer for the season.

“Edmonton is maybe a smaller based show but it’s still extremely important to the (PGA) association, the golf community. Calgary is sold out year after year. We have no issues. It’s a bigger scale, almost double,” the size of Edmonton. That point is driven home by the fact Calgary will play host to 56 exhibitors this year while the capital city’s version had 32 on hand.

One of the big issues with lower numbers up north, continued Rousselle, is the fact the show is “restricted,” to one spot, the Edmonton Expo Centre, which has expensive parking and multiple other events on at the same time that don’t lend to non-golfing curious people entering the premises. Also, the show is usually well removed from the start of the golf season in north-central Alberta, so some fair-weather players may have not yet caught the fever.

That being said, Rousselle is quick to point out that he isn’t hearing any complaints about what’s being offered.

“The show is a great show. I don’t hear any negative feedback, even if it is on a smaller scale. I’d definitely consider this year a success. It’s a must in the golf sector.” 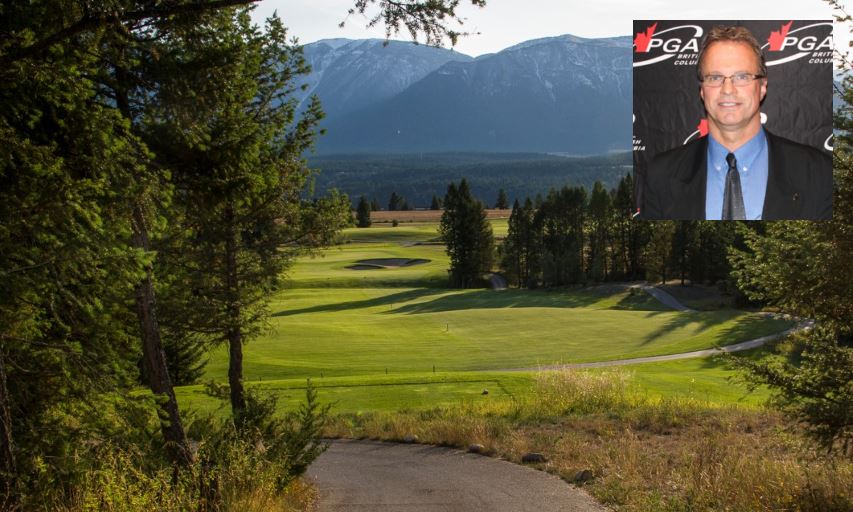 Brian Schaal, The GM/ Executive Pro At Copper Point In B.C., Says He Loves The Way The PGA Of Alberta's Shows Draw In Golfers And He Would Be At Both Calgary And Edmonton Even If He Was The Only Vendor On-Site.

One man not arguing with the value of both shows is Brian Schaal, the general manager/executive professional at Copper Point in B.C. He’s an annual attendee as an exhibitor in both Edmonton and Calgary and for good reason.

Even though the numbers were said to be slightly off this year in Edmonton, Schaal was more than pleased with what he saw on both days of the show.

“The nice thing about this is there aren’t a lot of tire kickers,” he noted. “The people here are golfers. Saturday was busy all day and today, even with all the other things going on,” including Tiger Woods making a run at another championship on TV, “things have been steady.”

Asked if he thought there was perhaps a way the PGA of Alberta could boost attendance, Schaal said he liked things just the way they are, thank you very much.

“I know in past years they’ve tried to partner the show up with an outdoor adventure show, and like I said before, then you get people that aren’t really into golf visiting your booth. I’d rather have less people but 100 per cent golfers coming to my booth than thousands of people coming and not knowing what golf was … just coming for the (prize) draw.”

Rousselle, when queried as to perhaps removing the driving range area from the Edmonton show and moving everything to a more centrally located hotel hotel ballroom where parking was free, nixed that suggestion.

“I think the floor surface we need is here,” he said as balls thumped into hitting screens.

“The driving range and teaching area, etcetera etcetera, and all the contests that go into supporting some of the groups that we support, is of high value. At the moment, there is no discussion of changing sites. If we could find the (ceiling) height and location, we’d look into it but at the moment the issue we are running into is the height required for the driving range.”

In regard to a possible date change, moving the show a bit closer to the actual starting date for most north-central Alberta golf courses, tweaking that particular component of the Edmonton show also runs into a wall.

“We’ve been looking but the issue is, we’ve been here 23 years in a row, and we kind of book dates and the other groups are similar so it’s really hard to find other dates because we need this hall. We’re looking into it if ever an opening comes, but it’s going to be three, four, five years before going forward. But, we are constantly in discussion so we go from there.”

The one thing that will help drive the popularity of the Edmonton show is more buy-in by local golf courses and pros, said Rousselle. Right now some show up, but it seems to be the same courses/clubs/resorts year after year meaning folks can become bored with the repetition.

“We do get a lot of support from the pros and golf courses here. Could the support be bigger, greater? Yes, it could,” he responded. “I think that would generate bigger floor space and offer more to the customer. It would be great to bring in the level of Calgary and grow to that dimension. At the moment, it’s been pretty steady and the support of the pros is really good and now we’re just hoping they engage a bit more with the ones not engaged. But those supporting us are doing an amazing job.”

As to the discrepancy in the size of the two Alberta shows, Rousselle noted, “We’ve been scratching our heads for many years,” in trying to figure out why Calgary is so much larger, both in attendance and vendors, than Edmonton. “We haven’t put our finger on that. It’s always been a little smaller here. We’ve talked about the dates. (They’re) different shows, different energy. They’re both good and they serve the citizens of Edmonton and Calgary in different ways and we’re trying to maintain that. Keep it strong on both sides.”

Rousselle said while the host association wants to at least cover their costs, neither show is a big revenue generator for the Alberta PGA. The reason for that appears to be simple when you listen to him talk — these shows are about the public golfer not about making a dollar.

“I wouldn’t go to that extent,” he said when asked about pocketing big dollars. “There is definitely a lot of energy, a lot of time put into this. We need to balance the books somehow. There’s a lot of risk involved for my association. The pure intention of the shows is to excite people, engage our pros inside the community. I think those are most important. But certainly, we do need to make some share of revenue on them because we run the (financial) risk. Just booking the floors is a massive cost.”

All in all though, the two shows are doing what they were created for — awaken most Albertans from a winter’s golf hibernation.

“This excites the golfer. They can come and try new clubs, new technology. Our clearance centre is always strong. They come here, talk about golf. It’s great. Great for the sport. I think it’s a very positive aspect for the industry and the sport,” ended Rousselle.

So rest assured. Despite some hurdles to overcome in the northern part of the province the PGA of Alberta and it’s Consumer Golf Show will return to both locales year after year, as they continue a Spring tradition that has now run for almost a quarter century.