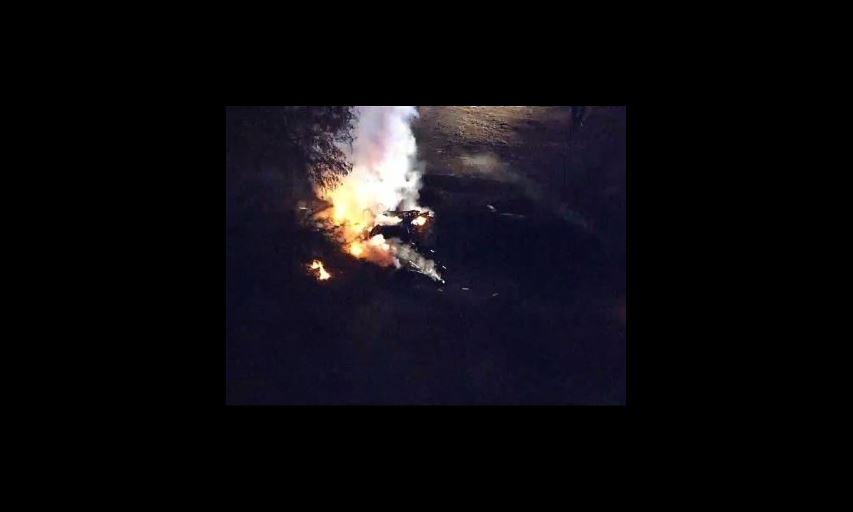 A Small Plane Crashed And Burst Into Flames On A Suburban Phoenix Golf Course. The Piper PA-24 Comanche Went Down In Scottsdale, AZ, On Monday Night. There Is No Immediate Word On What Happened To Anyone On Board. (April 10)

SCOTTSDALE, Arizona (Anita Snow/AP) — All six people aboard a small plane were killed when it crashed on a golf course in a Phoenix suburb shortly after taking off from a nearby airport, police said.

The identities of those killed in the fiery crash in Scottsdale were not made public. Nobody on the ground was hurt, said Kevin Watts, a Scottsdale Police Department spokesman.

Watts said the plane had just taken off from the Scottsdale Airport, but no information was immediately available on its planned destination.

Police will release the identities once they’re determined by the Maricopa County Medical Examiner’s Office, but it’s not known when that process will be complete, said Watts.

The Piper PA-24 Comanche went down on the TPC Scottsdale Champions Golf Course — the sister to the Stadium Course where the PGA’s Waste Management Phoenix Open is held each February.

Investigators at the site Tuesday morning examined the burned wreckage next to a tree.

National Transportation Safety Board investigator Eliott Simpson told reporters that investigators were working to “gather as much evidence as we can and try not to jump to conclusions” about a possible crash cause.

He added that investigators will document how the plane hit the ground and determine if it hit any trees on the golf course and examine the burn scar left by the plane.

“Today, we’re going to be basically gathering perishable evidence and on-scene data, actual data gathering,” Simpson told reporters. The evidence will then be taken to a remote for storage facility for closer examination, he said.

Simpson said investigators will also listen to the audio tape of the pilot talking to the airport tower during takeoff.

The NTSB will issue a preliminary report on circumstances of the crash within two weeks, said spokesman Eric Weiss.