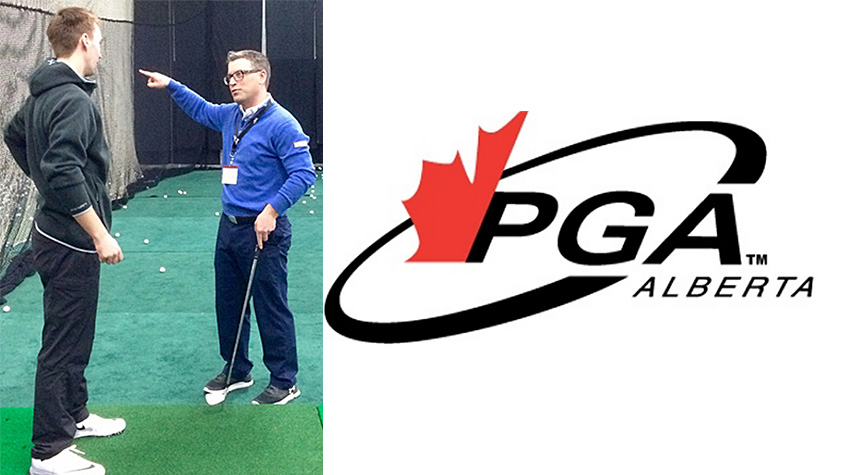 EDMONTON — It’s not like Trevor Goplin, the president of the Alberta PGA, is about to venture into uncharted waters in his new role, but at the same time he does admit he’ll be willing to step outside the box on occasion.

Having spent time on the PGA’s board of directors since 2008 and “really enjoying being part of the association and some of the decisions that are made,” were the key reasons Goplin, the head pro at the Derrick Golf & Country Club in Edmonton, chose to seek the lead role.

“For me, it’s being involved, giving back, networking. I find all of that helps me do my job here,” he added.

Having served his fellow professionals for the past nine years, Goplin noted there have been some changes during that time and how those have helped shape the local association.

“The board has been a little more hands on than it was in the past. That helps you see the challenges of the association, being a provincial zone. I guess it’s how a provincial zone works in relation to a national body. How we fit in. We’re our own entity but a part of PGA Canada and having a better understanding of how we can play a role in affecting the national standpoint.”

To that end, the public view of the association through campaigns such as the PGA on Wheels, have been hugely successful in helping identify what golf professionals do.

“If you’re looking to learn about golf, or more about golf, it’s a PGA professional you’re chatting with whether it’s at a public, resort, or a private golf club,” began Goplin. “I like to think the golf professionals are the go-to when it comes to golf and that’s showing. I like to think we’re the most trusted resource in golf, which is our mantra.”

While those that walked this path in the lead role of the Alberta PGA before him have steered the ship in the right direction, Goplin noted the game, and the world around the game, continues to change. As such, he realizes some gentle manoeuvring, rather than keeping things status quo, is going to be needed.

“I think we have to be cognizant of the economy and sponsorship. In some cases looking outside the box a bit from the promotional standpoint with respect to our Consumer and Buying Shows. It’s not a cut-and-paste. We don’t think like that. There’s some interesting conversations that need to happen to keep these things going forward.

“There are a lot of people that will tell you that golf is stagnant or going downhill … I’m not really sure what to make of that. Golf professionals are going to have to be creative at their facilities,” to continue to drive business and to keep the public interested in the game given all the recreational activity choices they have today.

Having spent so much time on this board, Goplin pointed out that the work he, and other board members do, pays off in the long run for all the clubs across the province.

“You certainly have to have the support of the club you’re working at; that they understand the time you’re putting in is a benefit to yourself individually but that they’re going to get something out of it as well.”

Part of that giving back to the clubs where they work is the strengthening of the mentorship role that seasoned golf professional play with the new guys on the block. Goplin pointed out that idea now has more structure to it, more than “just meeting for a beer and talking.”

“The 35 or 40 individuals that passed their PAT last year, they’ve been assigned throughout the province geographically, mentors. They have their own mentor at their club, they have their own boss. This is simply somebody offsite. Our assistants’ board has championed this, made it happen. It will be very helpful for our new members.”

The one thing that pleases the new president greatly about the recently elected Board of Directors is its diversity. The board is responsible for setting rules, policies and regulations for the PGA of Alberta.

“Our one new member is Garrett Jenkinson, a teaching professional. We didn’t have a teaching professional before. The board is well represented. Now we’ve got the resort, public, private courses. The avenues of the golf business are well covered on our board. We’re kind of seeing it from all angles. You’re looking at your association promoting golf and we cover off on a number of clients, members, golfers.”

So all in all, while the board has sailed fairly smoothly along over the past things are changing in the industry, so clubs had better learn to adjust and accept, a philosophy the new president believes in.

“If you’re cutting and pasting from year to year in your operation, don’t expect to grow. How we promote the game and promote our facilities, you might have one foot inside the box because of the traditions of the game, but are you at least somewhat straddling? It’s not the same at every facility but people have different expectations - like music on the golf course. Years ago you didn’t have that, but guess what?Music’s here to stay. Dress codes. Rules of golf. There’s traditions and you don’t want to lose traditions so if you can combine those with a welcoming environment at your facility, that should be the goal.”

About the writer: Gord Montgomery is a retired sports editor of two weekly newspapers in the Edmonton area and is a member of the Golf Journalists Association of Canada. He is now in his ninth year of writing for Inside Golf.