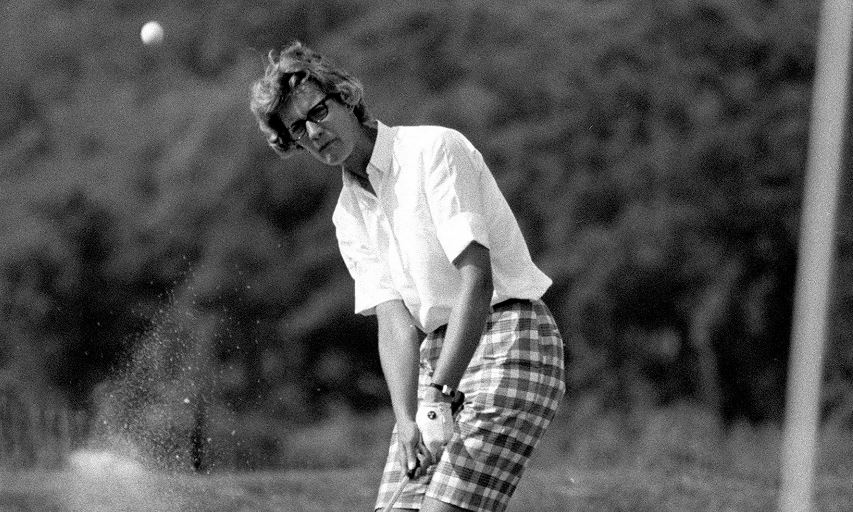 In This File Photo, Carol Mann Lofts The Ball Out Of The Sand Trap To The 17th Green During The 1965 USGA Women’s Open At The Atlantic City Country Club In Northfield, New Jersey. (AP Photo/File)

THE WOODLANDS, Texas (AP) — Carol Mann, a two-time major champion who won 38 LPGA Tour titles, has died. She was 77.

The LPGA Tour issued a statement that Mann had died at her home in The Woodlands, Texas. LPGA Tour officials said a family member notified them of Mann’s death.

Mann also served as LPGA president from 1973-76. She was an analyst for men’s and women’s golf on ABC, ESPN and NBC.

LPGA Commissioner Mike Whan says Mann has been “part of the fabric of the LPGA for more than 55 years, with a Hall of Fame career both on and off the golf course.”

She was president of Carol Mann Golf Services, the first woman-owned and operated course design and management firm. It was based in Houston.

Hall of Famer Annika Sorenstam tweeted that Mann was a “great ambassador” of the game and she felt “honored to have known Carol and shared stories and laughs together.”

Mann grew up in Baltimore and Chicago. She took up golf at 9, attended the University of North Carolina at Greensboro and joined the LPGA Tour in 1961.