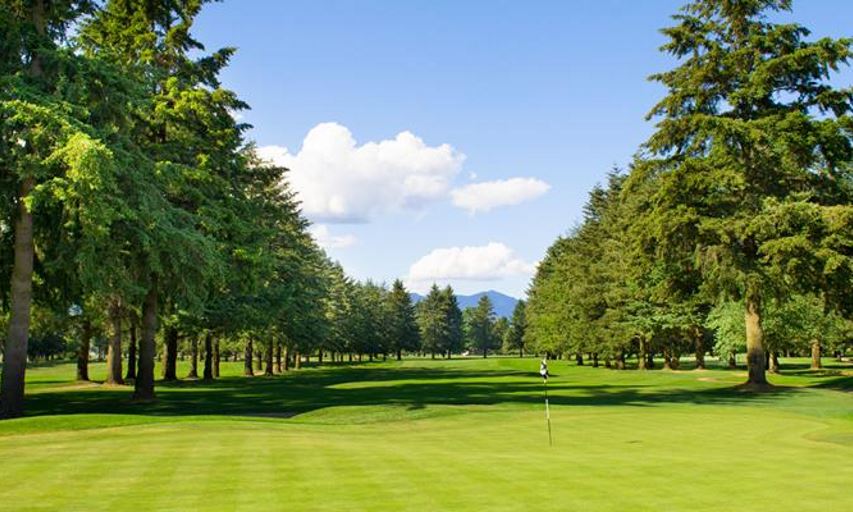 2018 marks the 16th playing of the event, which was established in 2003 by Golf Canada to give the country’s best college and university golfers a chance to compete at a national championship. The University of the Fraser Valley Cascades will host the event this year on the magnificent tree lined fairways of Chilliwack Golf Club.

Established in 1958, the course has played host to every major provincial tournament in British Columbia. The course, which celebrates their 60th anniversary this year, features a creek that meanders through the back nine and breathtaking mountain vistas in every direction.

Golf Canada prides itself on conducting a top-notch tournament that is the highest level of national competition for college and university golfers in the country.

“The Canadian University/College Championship provides a unique opportunity for the best student-athlete golfers in Canada represent their school and compete for a national championship,” added Tournament Director, Adam Cinel. “Golf Canada is proud to conduct this event to showcase the talent from universities and colleges across the country.”

In 2017, defending champion Kat Kennedy went wire-to-wire to capture medallist honours and lead the University of British Columbia Thunderbirds to their second consecutive Canadian University/College Championship. Her final-round 78 was the lowest of anyone in the women’s draw and helped her finish 14 over par for the tournament, 15 strokes ahead of field.

Evan Holmes of Calgary, Alta. captured medallist honours with a 5-over-par effort. His win, however, was not enough to catapult the University of British Columbia into top spot as the Université Laval Rouge et Or walked away with a two-stroke victory at 75 over par for the tournament.

UBC returns to the tournament having won 12 women’s and five men’s titles.

University of the Fraser Valley Cascades will look to draw upon the magic of the University of Manitoba Bisons—the last host institution to win a team title—when they captured the men’s division championship in 2014 at Southwood Golf and Country Club in Winnipeg.

The 72-hole stroke play competition will feature 20 men’s teams and 12 women’s teams from across the country vying for the national championship titles.

Following the third round, the field will be reduced to the top 10 men’s teams and the top six women’s teams, in addition to any individuals within 15 shots of the lead. Additional information regarding the 2018 championship, can be found here.

FAST FACTS
The Université Laval Rouge et Or and the University of British Columbia Thunderbirds are this year’s defending champions in the Men’s and Women’s Division, respectively.

In 2016, the University of British Columbia (UBC) Thunderbirds swept the championship, winning all four events. It was the first time in the tournament’s history that a school won the men’s and women’s team and individual events in the same year.

UBC has won the most women’s titles with 12 out of the last 15 editions in the team event and the most men’s championships with 5.

ABOUT THE COURSE
Chilliwack Golf Club was established in 1958.

The par-72 layout has played host to every major provincial championship and was recognized as the PGA of BC’s Facility of the Year in 2013.

About Golf Canada
Golf Canada is the National Sports Federation and governing body for golf in Canada representing 319,000 golfers and 1,400 member clubs across the country. A proud member of the Canadian Olympic Committee, Golf Canada’s mission is to grow participation, excellence and passion in the sport while upholding the integrity and traditions of the game. By investing in the growth of the sport and introducing more participants of all ages to the game, our goal is to be relevant to and respected by all Canadian golf enthusiasts from coast to coast.

For more information about what Golf Canada is doing to support golf in your community, visit www.golfcanada.ca.

Samantha Sokol
Media and Public Relations
Golf Canada
(t) 1-800-263-0009 x 316
(e) This email address is being protected from spambots. You need JavaScript enabled to view it.