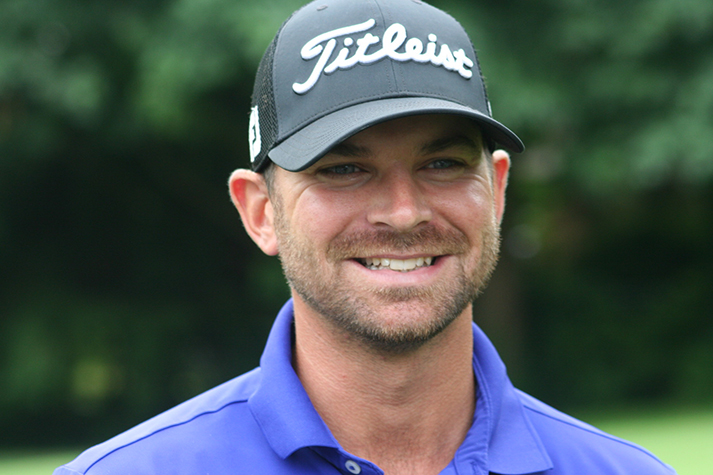 No one said it was going to be easy and Riley Wheeldon would be the first to tell you it has been anything but. The former B.C. Junior Boys champion from Comox has taken a long and winding road in his journey as a professional golfer. He has hit more than a few speed bumps along the way.

“It has been a roller-coaster,” Wheeldon said after the final round of the Freedom 55 Financial Open at Point Grey Golf & Country Club in Vancouver. “Obviously, my first couple of years out here were a nice steady incline and then a steady decline and hopefully now we’re back on the up.”

Wheeldon started the 2018 Mackenzie Tour-PGA Tour Canada season in nice style, closing with a two-under par 70 that left him at nine-under par and tied for 10th place, seven shots behind winner Jordan Niebrugge of Wisconsin. The 27-year-old was the low Canadian at the $200,000 event and that earned him a $2,500 bonus from Freedom 55 Financial.

“Those bonuses are nice,” Wheeldon said with a smile. “Us Canadians appreciate them.”

Those bonus bucks and the $4,800 Wheeldon earned for the finish are welcome after what have been a couple of lean years. Wheeldon had to return to qualifying school this spring for the second straight year after a tough 2017 season. He made just $4,175 in official money in eight events last year on the Mackenzie Tour. In other words, he made more than he did all of last year.

“I am still young and still love to compete,” he says. “So I pick myself up off the floor after bad years and get back at it. But it’s been tough. Obviously, I think I am better than my results would show the last couple of years. So it hasn’t been easy, but you keep grinding and hopefully good things happen and you get to see that you are back on the right path.”

Wheeldon looked to be on the fast-track to success early in his professional career. Back in 2013, not long after he left the University of Louisville early, Wheeldon won on the Mackenzie Tour and went on to finish second on the money list. That earned him a promotion to the Web.com Tour but he struggled and failed to keep his status south of the border.

Wheeldon acknowledges that sometimes in the past he has got in his own way. His mental game needed work and so did his short game. “Those are two pretty important things,” said Wheeldon, who acknowledges being hard on himself. “And they went hand in hand. The more impatient I’d get, the more I’d struggle around the greens. Your short game is your defence in golf, that’s the way you salvage rounds when you are not really hitting it well.

"I have always felt I was a pretty good ball-striker and I could within a day or two figure it out, I just had to take it a little easier on myself around the greens, understand where I stood and just work at it, take baby steps with the short game. I am always going to be fiery, that’s just in my nature, but I have to learn how to channel it in a way that propels me forwards.” 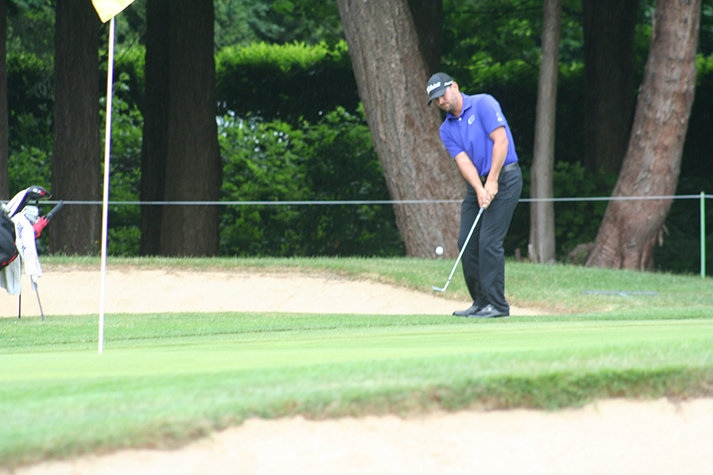 Comox, BC's Riley Wheeldon Relied More On HIs Short Game To Grind Out A Score In The Final Round Of The Freedom 55 Financial Open At Point Grey. (BC Golf/Bryan Outram)

Wheeldon leaned on his short game and credited it with helping him salvage a respectable round when he didn’t have his best day striking the ball. “I battled my swing today, all day,” he said. “The short game was good, though. I scrambled well. I kind of got the most out of a pretty ugly round. It was a good week. I was pretty proud of the way I grinded out there and hung in there and had four respectable rounds despite not really having my best stuff tee to green.”

Wheeldon and the rest of the Mackenzie Tour now head to Uplands Golf Club in Victoria for the Bayview Place DCBank Open. It’s the closest thing to a home-town event for Wheeldon. His previous appearances at Uplands have kind of mirrored his pro career. There has been some good and some bad. “I think I have had a third place there, but I also think I have had at least two or three missed cuts,” Wheeldon said of Uplands.

“It's a course where it can go either way. If you're in control of your ball, you can go low. I won’t hit a lot of drivers. If I play smart and use my experience out there it should be okay. But it is a course that can bite you if you are a little off. I missed the cut there the last two years, so I am not going to take anything for granted out there next week.”

Wheeldon has learned not to take anything for granted, but remains confident that with some hard work over the winter his game is nearly at the level he knows it must be at to find success. “I went down this winter (to Arizona) and started to figure a few things out,” he said. “I think I started to play golf a little bit more as opposed to just hoping that I could get it in the hole and probably learned some things I probably should have learned three or four years ago. I started keeping in-depth stats and was able to see that I was getting better and draw some belief from that.”

Wheeldon remains confident that he will find his way to bigger and better things on this long professional journey. “I have played enough golf against players all over the world the last few years to know I am not far off,” he says. “I don’t think I am there yet. . .but I don’t think I am far off and when I am on, I can play with anybody.”