USGA Apologizes For Unfair Course In 3rd Round Of U.S. Open 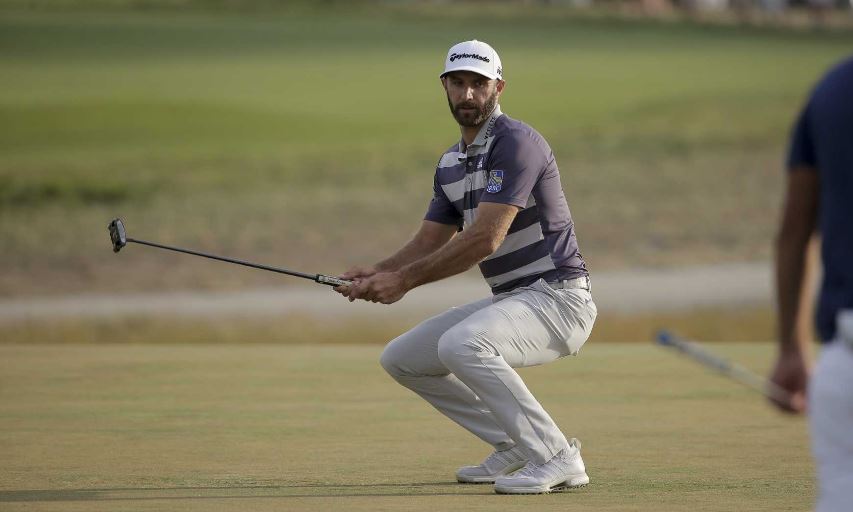 Dustin Johnson Reacts After Missing A Putt On The 15th Green During The Third Round Of The 2018 U.S. Open Golf Championship. (AP Photo/Seth Wenig)

SOUTHAMPTON, New York (Barry Wilner/AP) — Shinnecock Hills is one of the toughest challenges in golf. The last thing it needs is being turned into an unfair layout.

Yet the USGA admitted the course got out of hand in the third round of the U.S. Open, and apologized for it.

Only three players shot under par: co-leaders Daniel Berger and Tony Finau with 66s, and Kiradech Aphibarnrat with a 68. Two others were at even par, Gary Woodland and Brian Gay.

Meanwhile, there were eight rounds of 80 or higher, including Rickie Fowler with an 84 and Phil Mickelson at 81. The average score was 75.33 on the par-70 course, but the afternoon rounds among the leaders skewed much higher.

“It was a tale of two golf courses, and no doubt, we would admit, well-executed shots were not only not regarded, but were punished,” said Mike Davis, the chief executive of the USGA and the man in charge of course setup. “We would say that it was a very tough test, and really too tough this afternoon.”

Here’s how tough: Among those in the final six groups to tee off, the average score was 76.6. Those were, supposedly, the best golfers in the field through two rounds.

“Nobody enjoys that,” said Russell Knox, who shot 75, two shots better than Dustin Johnson, who blew a four-shot lead to fall into a four-way tie at the top. “I think they misjudged the strength of the wind. I don’t think it crossed the line, but it was as hard of golf as we can play.”

At the last U.S. Open here, Shinnecock Hills gained notoriety for slick greens that had to be watered between groups. The seventh hole became so unmanageable that some likened it to putting on linoleum.

“I’d say it’s a little bit over the line,” Henrik Stenson said after shooting a 74 despite being “pretty happy with the way I played.”

Added defending champion Brooks Koepka, the fourth player in the first-place tie: “Let’s put it this way. If they’d have shot 4-under, it would probably have been the best round of golf anybody’s ever seen.”

The course was slowed down for the final round.

That process began on some holes even before Johnson bogeyed No. 18 to fall into that four-way tie at 3 over par.