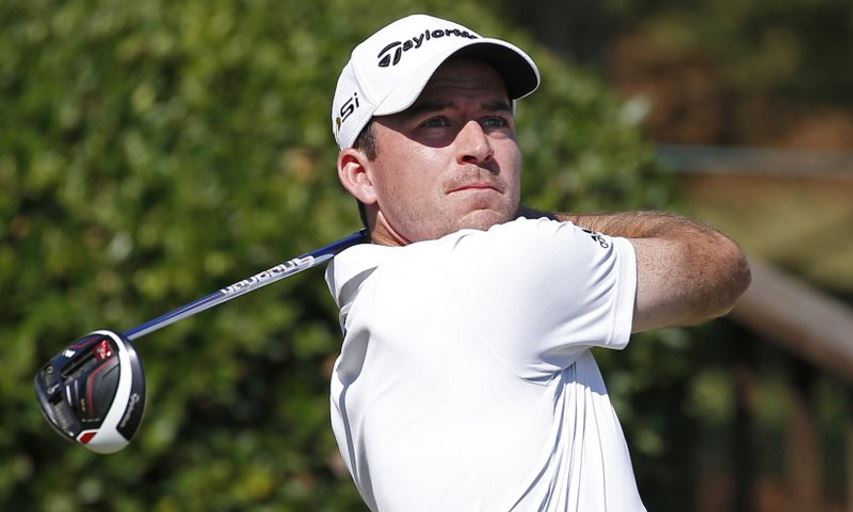 The PGA TOUR’s regular season ends with the Wyndham Championship in Greensboro, N.C., where Abbotsford’s Nick Taylor needs a big finish to retain his exempt status for next year.

Taylor must finish no worse than 32nd this week — which would be worth 25 points — just to pass Aswegen. But in reality he likely needs a top-20 finish to have a chance of cracking the top 125. A 20th-place finish is worth 45 points, which would move Taylor to 395 points.

If he misses the top 125, Taylor would still have some status next year, as there is a category for players finishing 126-150 on the FedEx Cup list. However, that category usually only guarantees players 15 to 20 starts and you lose the luxury of being able to set your own schedule. Taylor would also have a chance to regain his exempt status via the Web.com Tour Finals, a four-tournament series that begins later this month.

Fellow Abbotsford product Adam Hadwin has no such worries as he is comfortably ensconced at No. 68 on the FedEx Cup points list. However, Hadwin is clearly not happy about the state of his game. He missed the cut at the PGA Championship and sounded like he was looking forward to what he suggested is a much-needed break before the FedEx Cup playoffs begin at next week’s Northern Trust tourney in Paramus, N.J.

“I feel like I am close, I feel like I can compete, I just haven’t shown it,” Hadwin told TSN after missing the cut in St. Louis. “I am going to try and get as far away from this game as possible. Frustration has been building for a little bit now obviously. It seems like the harder I work, the more effort I put into it, the less I am seeing out of it and the more frustrated I get. I’m just going to take a mental break, hopefully come back refreshed and see where that takes me.”

The PGA was only Hadwin’s third missed cut in 22 starts this year, but he hasn’t finished better than tied for 35th in his last nine starts.

Richmond’s Chris Crisologo is hoping to bounce back from a missed cut at last week’s Canadian Men’s Amateur Championship on Vancouver Island at this week’s U.S. Amateur Championship. Crisologo, the reigning B.C. Amateur champion, is one of 10 Canadians in the field at the U.S. Amateur, which is being played at Pebble Beach Golf Links and Spyglass Hill Golf Courseon California’s Monterey Peninsula.

Sy Lovan of Surrey is the other British Columbian in the U.S. Amateur field. Lovan is about to begin his junior year at Simon Fraser University, where he was a teammate of Crisologo’s.

Garrett Rank of Elmira, Ont., is one of the other Canadians in the U.S. Amateur field. Rank, who is a National Hockey League referee, finished third and was the low Canadian at last week’s Canadian Amateur at Duncan Meadows Golf Course.

Surrey’s Hannah Lee made it through to the match play portion of the U.S. Women’s Amateur Championship in Tennessee. Lee, who is about to begin her sophomore year at the University of Oklahoma, was eliminated in the Round of 64. Calgary’s Jaclyn Lee had a nice run at the event. Lee, a member of Canada’s National Amateur Team, made it all the way to the quarter-finals.

The British Columbia Golf team of Sean Buckles of North Vancouver, Michael Crisologo of Richmond, Aidan Goodfellow of Parksville and Zach Ryujin of North Vancouver finished fourth at the 50th playing of the Eddie Hogan Cup Team Matches at Riverside Golf & Country Club in Portland. B.C. finished at 11-over par, just five shots behind the winning team from the Junior Golf Association of Arizona.

Goodfellow led the way for B.C. He fired rounds of 75 and 70 and finished tied for the second place in the individual competition, just one shot behind winner Nate Stember of Oregon Junior Golf. Goodfellow was a late replacement on the B.C. team for Kelowna’s Cole Wilson, who had to withdraw with an injury.

Comox native Riley Wheeldon tied for 18th place at the ATB Financial Classic in Calgary on the Mackenzie Tour-PGA Tour Canada circuit. Wheeldon finished the event at 12-under par and missed being the low Canadian — and the $2,500 bonus that goes with it — by just one shot to Calgary’s Wes Heffernan. Kimberley’s Jared du Toit tied for 26th place at 10-under, while Ryan Williams was tied for 32nd at nine-under.

Mission’s Kevin Stinson won the annual Mighty Peace Brewing Co. Pro-Am Championship at Lakepoint Golf & Country Club in Fort St. John. Stinson, who teaches at Cheam Mountain in Chilliwack, fired rounds of 70 and 67 to finish the 36-hole event at seven-under par. That was good for a four-shot win over Isaac Weintraub of Gorge Vale and South African pro Christof Appel. Stinson earned $2,200 for the win.

Jim Rutledge is a five-time winner of the PGA Seniors Championship of Canada, but the Victoria native had to settle for fourth place this year. Rutledge completed the 54-hole event at Beverly Golf & Country Club in Hamilton at five-under par. That was three shots behind winner Serge Thivierge of Longueuil, Que. Surrey’s Phil Jonas tied for 16th place at five-over par.