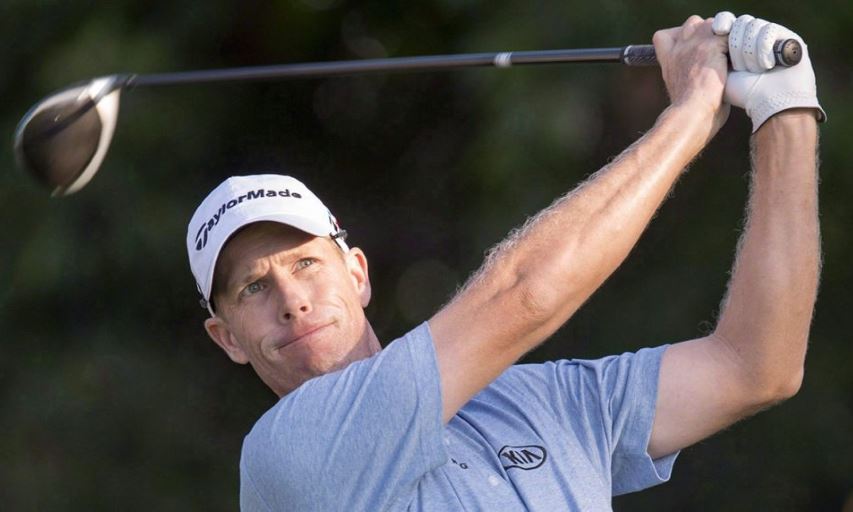 After a relaxing week off, four Canadian golfers enter the pressure cooker.

Ben Silverman, Corey Conners, Nick Taylor, and David Hearn have one last chance to get inside the top 125 on the FedEx Cup standings at the Wyndham Championship in Greensboro, N.C., the final event of the PGA Tour’s 2017-18 regular season.

Finishing inside the top 125 means a golfer is fully exempt on the PGA Tour for the following season, giving them the opportunity to choose their schedule.

Silverman, of Thornhill, Ont, spent most of PGA Championship week last week with his young family, going to Florida to register a car he won after a closest-to-the-pin contest at the Waste Management Phoenix Open earlier this year. However, his focus changes this week.

“I’ve been keeping an eye on (the standings) throughout the year,” said Silverman. “I probably need a top 10 ? but I’m aiming to win.”

Adam Hadwin of Abbotsford, B.C., is exempt next year thanks to his win at the Valspar Championship in 2017, and sits 68th on the FedEx Cup. Hadwin was the only Canadian to play in the PGA Championship, but missed the cut at the final major of the year.

Mackenzie Hughes of Dundas, Ont., sits 159th on the Cup list, but is good for next season as well thanks to his win at The RSM Classic in 2016.

Silverman and Conners, both PGA Tour rookies, are trying to look at the bright side.

“(It) should be a fun event. Obviously I’d like to be in a slightly different position ideally, but still have a good chance,” said Conners, who spent last week at home visiting friends and enjoying a rare week off.

“I feel like I don’t have any pressure on me right now,” echoed Silverman.

Conners played in the final group in back-to-back events in March before fading in the final round both times.

He said having those results at the beginning of the season helped with his confidence.

Conners feels he has been playing good golf, but just hasn’t been able to score well. He missed the cut at the RBC Canadian Open three weeks ago.

“I knew one good week could lock up my card and I haven’t been able to do that. It’s still alright, and I still feel good about things,” said Conners. “Overall, it’s been a successful year and hopefully I have one more good week.”

Both Silverman and Conners said if they finish outside the top 125, they still have a chance to play upwards of 15 events on the PGA Tour next season via a special membership category for golfers who finish 126-150th on the FedEx Cup standings.

Hearn was in that same category this year, and the Wyndham Championship will mark his 21st event of the year.

The rookies said they learned a lot this season.

Silverman had a noticeable improvement in his second year on the Web.com Tour — including a victory — and said he expects the same kind of improvement next season on the PGA Tour, although it remains to be seen what his schedule will be.

“Every first year on a tour has been a learning experience for me and I feel like I’ve got a little better with each one,” said Silverman. “I’ve had to learn a lot this year but I feel like I’ve been handling it alright.”

Conners, meanwhile, has another big life event to focus on after next week — he’s marrying his longtime girlfriend Malory on October 20.

He said he’s hopeful to “follow in the footsteps” of his fellow Canadians.

“It’ll be a special end to the year and I’ll have some fresh mojo for the beginning of the next wraparound season,” Conners said.

If Silverman, Conners, Hearn and Taylor don’t get into the top 125 this week, they’ll presumably enter the four-event Web.com Tour finals — where another 25 PGA Tour cards are up for grabs — starting next week.

Entering the final week of the Web.com Tour regular season, Adam Svensson has all but locked up his PGA card for next season. The Surrey, B.C., golfer is 12th on the Web.com money list, with the top 25 graduating to the PGA after the regular season.